If you go back to 2007, it might have been difficult to see Assassin’s Creed becoming a generation-hopping, globally-popular franchise. When it was a new IP, fresh from the minds of Patrice Désilets and Maxime Béland at Ubisoft Montreal, it was received warmly, if not rapturously, by the games press. Yet the studio knew it was onto something, and returned, two years later, with a sequel that blew its predecessor out of the water.

Assassin’s Creed II took everything that made the original good and turned it up to eleven. It sacked the dour, cynical Altair and introduced fun-loving, adventurous rogue Ezio Auditore da Firenze, who was nonetheless hell-bent on revenge. The game also ushered in Ubisoft’s new yearly policy for Assassin’s Creed, which only stuttered prior to the release of Assassin’s Creed: Origins. Ezio was such a hit that he ended up starring in two more games: the fan-favourite Brotherhood and less-so Revelations. An older, wiser Ezio’s adventures in Istanbul was received poorly, compared to the prior titles, and gave the series a judder.

Assassin’s Creed III was built on the AnvilNext engine and starring new assassin Ratonhnhaké:ton. The game was well-received, but remains a low point in the series for many fans, who didn’t take to the new main character and found the setting, glitches and narrative disappointing. One thing did capture the fan’s excitement, though: the ability to set sail across the Atlantic and engage in ship-to-ship combat. 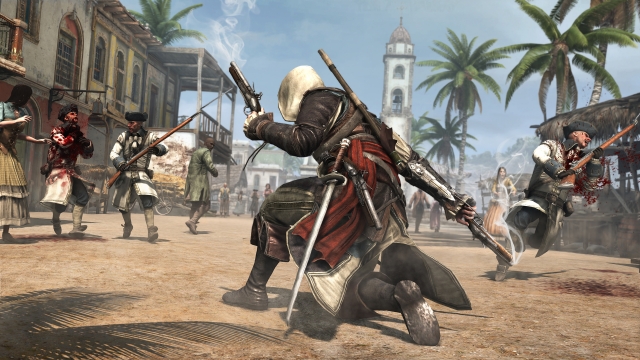 By 2013, Ubisoft had released no less than five games across one console generation, and the PS4 and Xbox One were looming large. It was time to really test what these new machines could do. Assassin’s Creed: Black Flag would be a complete departure for the series, putting you right into the centre of the Golden Age of Piracy.

Up until Black Flag, players had been dropped into cities - essentially small boxes for them to play in, with perhaps small-interconnected wider areas. Where walls and buildings, roofs and streets would feel constricting, even dull after a time, Black Flag offers you the high seas, and a vessel in which to explore them.

There are actually two games in Black Flag. One involves opportunistic pirate Edward Kenway stumbling through a war between Templar and Assassin, completing the usual mix of assassination missions, tailing missions and more. It’s a good story, and the missions are varied enough to keep you going and push through. Yet, what really keeps you going in Black Flag can be tantalisingly glimpsed at from almost anywhere in the game - the sails of Kenway’s ship, the Jackdaw. 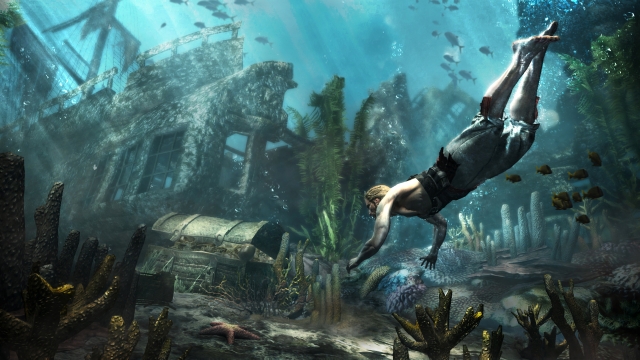 It’s on the Jackdaw where the second game in Black Flag reveals itself. Ubisoft could have turned the ship into a mere method of transport, a vector through which the player could fast travel between port cities and set-pieces. Instead it - by design or by chance - created the greatest piracy game to date. Once through a few gated story missions, the player is left to explore the Caribbean as they see fit, sailing the Jackdaw, and its living, breathing (and singing) crew through stormy seas and gunsmoke-wreathed battles.

There is a breathtaking sense of freedom in Black Flag. The topsails of the Jackdaw beckon from any vantage point in the game, and Kenway need only run down to the dock and hop aboard to set sail. It’s a seamless transition that can see the player swing from ropes onto deserted islands, collect treasure and swim back to the welcoming cheers of their crew, or clamber across middenmasts to leap onto an unsuspecting Templar shipmaster during combat across the high seas.

Black Flag is the only title where the Assassin’s motto “everything is permitted” really comes to the fore. Exploration, warfare, piracy, assassinations, hunting, diving for treasure: it’s up to the player. The whole Caribbean is there at your fingertips, and even high-level areas of the region can be sailed with ease, even at the start of the game, if you’re fast and know how to avoid elite ships. 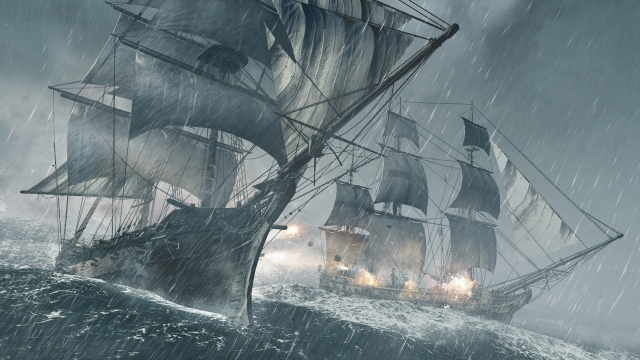 It helps that the game looks absolutely stunning, too. It was the first in the series to appear on PS4 and Xbox One and really took advantage of the power both consoles brought. The level of detail put into the Jackdaw really sold it as a living, breathing ship, from the panelling on its decks to the sails billowing from the masts. Ask any fan of the game and they will tell you their favourite memories of the game involve sailing the big blue, beautifully-rendered waves spraying over the decks.

Kenway was also a breath of fresh air to the franchise. For one, he’s an ordinary bloke (as much as having assassin’s blood makes you ordinary) and a rogue to boot. We’re introduced to him as he murders and steals the uniform of an Assassin. His motivations stem from his need to become a famed pirate, grow rich and (maybe) get back his girl from Swansea. Kenway’s confident, near arrogant Welsh swagger is challenged throughout the game and players are able to watch him grow from an irresponsible pirate to a (semi) principled man.

There is argument to be had over how much Black Flag is really an Assassin’s Creed game. Especially when the Assassin’s Creed portions of the game were held up to be fairly lacklustre. Yet, I’d argue that those problems are legacy issues, which the series struggled with (and sometimes still struggles with) - frustrating tailing missions, glitchy set-pieces, and tired assassination methods. It could also be argued that the reason Unity was received so poorly was because none of this had changed and players were dropped right back into the same constrictive city setting.

Ubisoft learned its lessons somewhat with the release of Origins, and gave players the expansive open world they had been craving. Unfortunately, it also failed to realise what players loved so much about Black Flag, and gave them a shoddy spiritual successor in Skull and Bones. What players enjoyed with Black Flag, and what makes it stand out amongst the other titles in the franchise, was the sense of player freedom, a sense of adventure and the sheer enjoyment of such simple things as sailing the Caribbean as your crew hollers along to sea shanties. What makes Black Flag the best in the franchise is, in fact, that it’s the least like an Assassin’s Creed game.