The Mario franchise is a media franchise consisting of videogames published and produced by Nintendo starring the fictional Italian character Mario. It was originally created by game designer Shigeru Miyamoto with the arcade Donkey Kong, released on July 9, 1981. Most Mario games have either been released for the arcade or Nintendo video game consoles and handhelds dating from the Nintendo Entertainment System to the current generation of videogame consoles.

The main series in the franchise is the Super Mario platform series, which mostly follows Mario's adventures in the fictional world of the Mushroom Kingdom. These games typically rely on Mario's jumping ability to allow him to progress through levels

Games in the Mario franchise 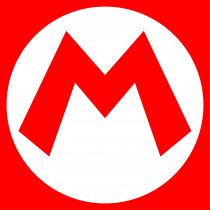