In this world where GPUs are as sought-after as gold-pooping labradors (and almost as rare), Gigabyte’s latest line of Aorus laptops are sure to turn some heads. Boasting mobile versions of NVIDIA’s GeForce RTX 30 series cards, these portable gaming powerhouses promise top-of-the-line performance and graphical fidelity without the thigh-melting heat which usually accompanies that. We took a look at the Aorus 15G XC laptop, which packs in a mobile 3070 card, to put those claims to the test. How does this laptop handle the computational rigours of fast-paced, ray-traced modern gaming? It handles them like bread handling butter: superbly.

In addition to the aforementioned GeForce RTX 3070 mobile GPU, the 15G XC makes its mark with a tenth generation i7-10870H processor. This eight-core, 16-thread CPU, which theoretically maxes-out at 5GHz, is absolutely fast enough for anything you could want to throw at it, as we’ll soon find out. Add in a generous 32GB of RAM and two high-speed PCIe 3.0 x4 SSD slots (with a 500GB SSD ready to go), and it becomes clear that Gigabyte wants no game, task or situation to get the better of this laptop. Work? Play? A little of both? There’s nothing in this beast’s specs which should stand in your way… assuming you’ve got a plug socket handy: gaming laptops aren’t renowned for their lengthy battery lives after all, and this one doesn’t reach much further than two hours when in-game. 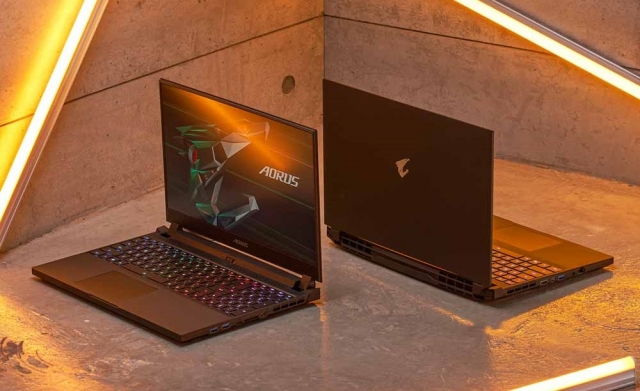 Unboxing the laptop was a task of surprisingly little ceremony. Short of some styrofoam padding, cardboard and fabric sleeves, there wasn’t anything inside the box to speak of other than the machine itself and a typical two-part brick-and-cable charger. Of course, it hardly mattered because every scrap of packaging was quickly thrown by the wayside, made irrelevant by the laptop in all of its matt black glory. And that’s some surprisingly slim and lightweight glory too! Granted, nobody’s going to be mistaking this thing for hollow, and it’s certainly not paper-thin, but at 2kg with a thickness of just 2.3cm it’s no behemoth either.In terms of ports, it’s nothing out of the ordinary. Most users should be well catered-for with this laptop’s three USB Type-A ports, one USB Type-C, 3.5mm headphone/microphone jack, mini DP, HDMI 2.1 port, UHS-II SD Card reader and charging port.

Taking a closer look and making a few exploratory clicks and taps reveals further details about the 15G XC’s design, and not all of them are good. On the plus side, cooling vents make up nearly half of its underside, helping the laptop stay relatively cool and preventing it from fusing itself to a user’s lap mid-way through a marathon gaming session. In addition, its sparing use of LEDs avoids the tacky “Christmas tree” aesthetic which too many gaming laptops seem so eager to adopt.

Not so good is the keyboard, which is a rather standard island-style affair, albeit with customisable backlit keys. There are no mechanical switches here, despite the premium price-tag. Additionally, just above the keyboard sits the webcam, angled perfectly to look up at the user’s nostrils. This is a rather impractical placement, one that’s only somewhat justified by the almost bezel-free display. This, in conjunction with the plastic casing (where other machines in the range offer aluminium), gives the impression that Gigabyte has hacked away at this laptop’s external design in the name of cutting down costs. The fortunate upshot of this, however, is that the internals—the bit that really matters—remain uncompromised. The first thing that stands out upon booting up the 15G XC, after the sheer speed of the boot-up process, is the display. For displaying still images or video, its 1920x1080 IPS LCD panel won’t be leaving anyone wide-eyed, but when games are involved, especially ones which utilise its 240Hz capabilities, this screen has more than enough oomph to put a grin on any gamer’s face. Playing games at ultra-high framerates is a joy; even scrolling through web pages has a unique appeal with such smooth motion. It makes complete sense that a laptop boasting “G2 Esports” certification would favour frames per second above all else, and, in my view, it was the right way to go.

Speaking of frames per second, the Aorus 15G XC racks up plenty of them when ploughing through some seriously demanding titles. I installed and booted up some of the most demanding games I had to hand, and, beyond some howling fans, saw no sign that the laptop was breaking a sweat. 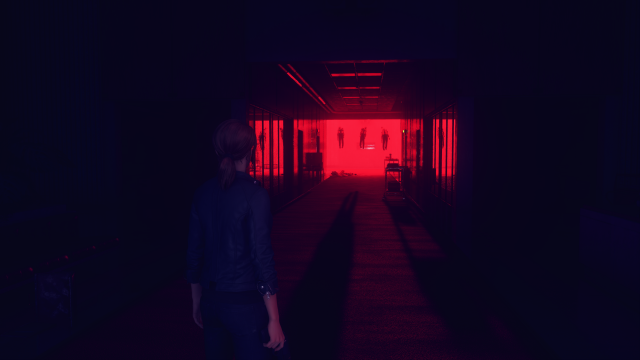 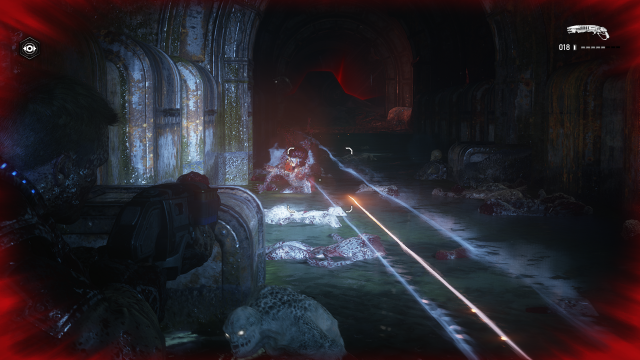 Gears 5, both the most expansive and the most succinctly-named entry in the long-running shooter franchise, also runs a treat on the 15G XC. On Ultra settings at 1080p it sits comfortably around the 100fps mark, making brief trips to 90fps and lengthy stays in the realm of 120fps.

The recent PC port of 2020’s Nioh 2 posed no issue for the Aorus, which held a near-constant 120fps, even on Ultra settings at 1080p. The odd particle effect or water splash did see that number drop to around 110fps, but I challenge anyone to notice such a dip without the aid of a frame counter. 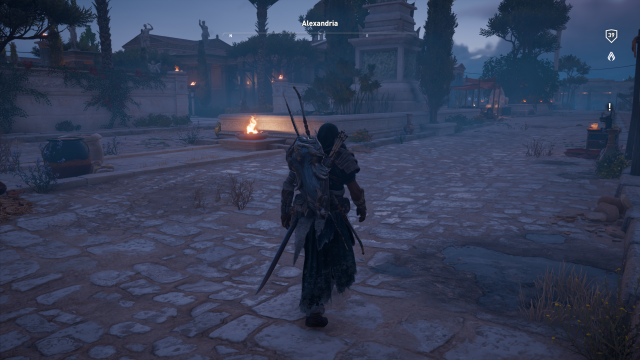 Ubisoft’s open-world Egyptian epic, despite releasing in 2017, remains an awfully demanding game even for modern rigs. On this machine it played admirably, ranging from 60fps to 90fps depending on whether protagonist Bayek is galloping through the desert or strolling through populated cities. Oh, and it goes without saying at this point that these figures are at 1080p with every graphics setting whacked up as high as it’ll willingly go.

If it isn’t already clear, playing games on the 15G XC is absolutely no trouble at all. It takes anything a modern player could want to boot up in its stride. As for how long they’ll get to play before the battery gives out, though? Well, let’s just say that there’s not much use in gaming on this machine without a charger and plug socket ready to go. It doesn’t offer much more than two hours of gaming from a full charge, which, while not unexpected, is fairly underwhelming. 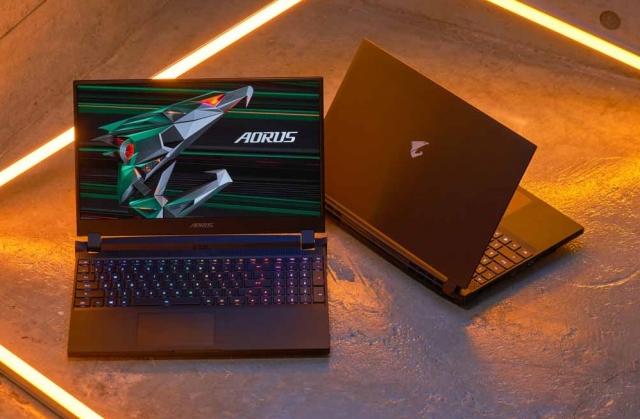 At its core, the Aorus 15G XC is all about performance. From that RTX 3070—complete with the suite of Nvidia’s Max-Q technologies—to its almost bezel-free 240Hz display, everything here is focused on filling each second of high-fidelity gameplay with as many frames as possible. On that front, as a pure performance powerhouse, it absolutely hits the mark. Playing games on it is a treat, and even browsing the web with the aforementioned display is pleasant. That doesn’t come without sacrifice, though, and the laptop’s relatively cheap-feeling external design serves as proof. Still, that’s a small bone to pick, and it’s a sign of how outstanding this machine is overall. If you’ve got the money to spare and a burning desire to see games look and run their very best, this is the laptop for you.

Outstanding specs and a slew of game-boosting technologies make the Aorus 15G XC a serious contender in the gaming laptop market.