A few years ago, I would never have even contemplated a wireless mouse. Not because I’m some CS:GO ultra-competitive world champion, but simply because I’m lazy. I don’t want to have to think about charging my mouse half way through a game, or deal with irritating wireless disconnections. My first mouse was a Logitech MX518, a mouse which has developed somewhat of a cult following, leading to its re-introduction in 2019. My original developed the dreaded double click issue, which plagued these models until they were discontinued in 2011.

After the distressing time of laying this mouse to rest, I opted for the Logitech G502 Proteus Core, equipped with full RGB lighting, of course. Owning that mouse is the precise reason why I have now upgraded to the G502 Lightspeed, alongside the Logitech G PowerPlay wireless charging mouse pad. A perfect combination. It even weighs less than its wired equivalent, coming in at 114g, unless you opt to add in more weights to the underside for a heavier feel. Firstly, the mouse itself. The matte black finish, angled shapes and RGB lighting is all of course borrowed from the wired G502. But that’s all that is similar between the two; internally, Logitech has completely redesigned the mouse, upgrading the sensor to the HERO 16K, meaning you can now tune the sensitivity between 100 – 16,000 DPI. As well as this, Logitech claims that there is just 1ms of wireless delay, coupled with a polling rate sitting at 1000 Hz.

That’s enough of this stat attack though, because you should already know that this is a high-end mouse, with high-end specs, along with a high-end price. Unfortunately, it’s right handed only (unless you’re left handed and enjoy being super uncomfortable), and it keeps the same rubberised grips at the edge, as well as the thumb rest from the previous wired iteration. In all, it’s a very comfortable mouse, and one that I could easily use for multiple hours without issue. That said, for general office work, I do prefer the larger MX Master mouse. I have pretty large hands, so the taller body makes it more comfortable for me when in use over an entire day. It’s definitely not a gaming mouse, though. It lacks RGB LED’s, so I wouldn’t dream of playing Call of Duty: Modern Warfare with it. 11 programmable buttons make up the exterior, all within easy access down the left side with one below the scroll wheel. You can assign actions to these buttons in the Logitech G Hub software (more on that later), which is perfect for MMOs. The DPI button closest to the thumb rest makes it easy to take precise aim when you’re going for a difficult sniper shot, as an example. The scroll wheel feels tighter than the G502 Proteus Spectrum too, which is a good thing. It also retains the ability to click both left and right, although personally I don’t use them. The button directly underneath allows you to easily switch between notched and smooth scrolling.

Remember when I mentioned earlier about running out of charge when in-game? Well, the great thing about this mouse is that with the addition of the (deep breath) Logitech G PowerPlay wireless charging mat, you’ll never need to plug it in again! With the addition of a little wireless receiver puck to the underside of the mouse, Logitech’s clever mouse pad will automagically charge your mouse wirelessly as you’re using it, but not so as it’ll keep it perpetually at 100% to ruin the battery. It’ll let it discharge to a certain level before charging it up again, to preserve the batteries life. Without this mouse pad, Logitech claims that the battery will last around 60 hours on a single full charge, which is still really good. 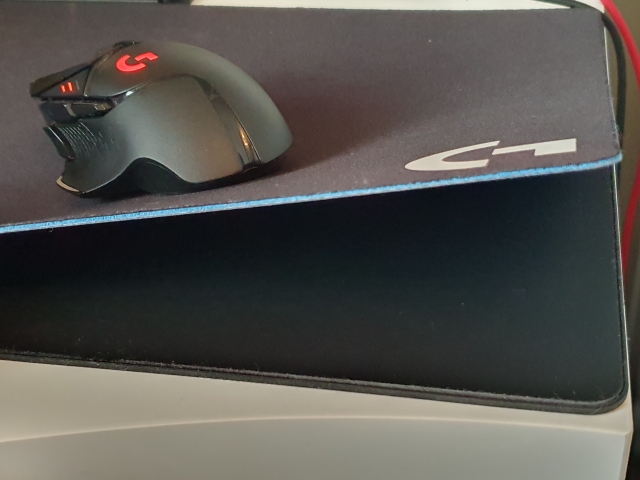 The addition of the mouse pad also means that you only need to consume a single USB port. As the mouse doesn’t use Bluetooth, rather Logitech’s “LIGHTSPEED Wireless” technology, the USB dongle that is packaged with the mouse can be discarded in favour of the receiver built into the mouse mat itself. You can also choose a hard shell mat, or swap it out in favour of soft fabric.

The worst part of the entire experience is definitely the Logitech G Hub software. Myself and many others have found it to be quite buggy, at first on my own PC it would not pick up my mouse at all. After reinstalling, it did, but wouldn’t let me change the LED colours. Removed once more, reinstalled, then I could do all I needed to. But even since then there’s been occasions where I couldn’t go in and look at details without it completely freezing on me. For most though, once you’ve setup your profiles and your RGB colours as you want, going into the app will likely be an infrequent experience. 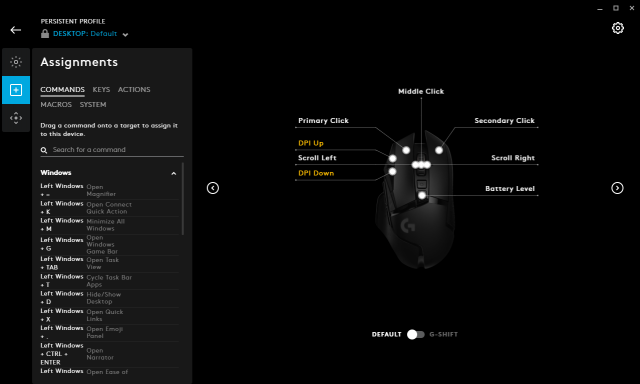 I’ve been exceedingly happy with this combination since I bought them, so I can heartily recommend them to anyone looking for a new mouse and mouse mat. The PowerPlay wireless mat isn’t essential, but it’s a great combination if you don’t want to worry about charging, ever. If anything is going to put you off, it’ll probably be the price, but if you hang tight and look out for offers, the mouse very often drops to the £70-£80 mark. If you can get over the price, I can only highly recommend this mouse and mousemat combination.

It is physically impossible to get 1ms report rate on a mouse. Literally, not without breaking the laws of physics themselves.

But.. The Logitech team has made the best possible wireless mouse, and it is as close as possible to that 1ms report that they do so claim. It is more around 3ms that the mouse gets. 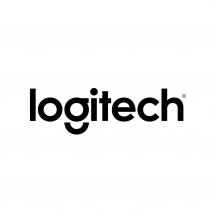