First released in 1987 in Japan, the PC Engine was a bridge between the 8-bit and 16-bit era, as a system that could display 16-bit graphics but operated on a modified 8-bit CPU. Despite flopping in Western markets (where in the US it was known as the TurboGrafx-16), it nonetheless proved to be a success in Japan, outselling the Famicom, and that alone seems incentive enough for Konami - who acquired PC Engine designer and software developer Hudson Soft - to jump on the mini retro console bandwagon now.

One thing to note is that the PC Engine CoreGrafx Mini isn’t actually much smaller from the original model. That’s because the Japanese PC Engine is already the smallest home console ever made. Nonetheless, like other mini consoles, this is a simple plug-and-play system powered by USB cable and connects to modern TVs via HDMI with little fuss. You have the usual display options like 4:3, pixel perfect or horrendously stretched widescreen, as well as a CRT filter (personally, I felt it unnecessary, which also resulted in making the colourful visuals too muddy). You can even apply a filter that mimics the handheld TurboExpress, though the novelty wears thin as the display really hurts the eyes. It’s also one of the most expensive retro consoles, with an RRP of £99. That said, it does boast the largest library of preinstalled games, totalling 57. But then compared to the SNES and Mega Drive Minis, you only get one wired controller out of the box. This controller also shows its age, looking like a variation of the NES controller in both its uncomfortable angular design and limited to two buttons on the right, although they do include adjustable turbo settings. It does at least benefit from having a generously lengthy cable, so you can comfortably play from your couch. By pressing Select and Run together you’ll also bring up the menu, meaning there’s no need to keep reaching for the console when you want to change games.

The number of games is, however, a bit skewed, as these include both English releases, categorised as TurboGrafx-16 titles, and Japanese releases, meaning a few overlap with one another. Still, it’s nice to be able to compare the differences, in particular the box art, the Japanese being vastly superior in aesthetics. In either case, the emulation work is terrific from retro masters M2, also responsible for the software on the Mega Drive Mini. There’s also a wonderful touch that as each game starts up you get a little pixel art animation of the system’s proprietary HuCard slotting in (seeing as the mini mould is devoid of such detail). 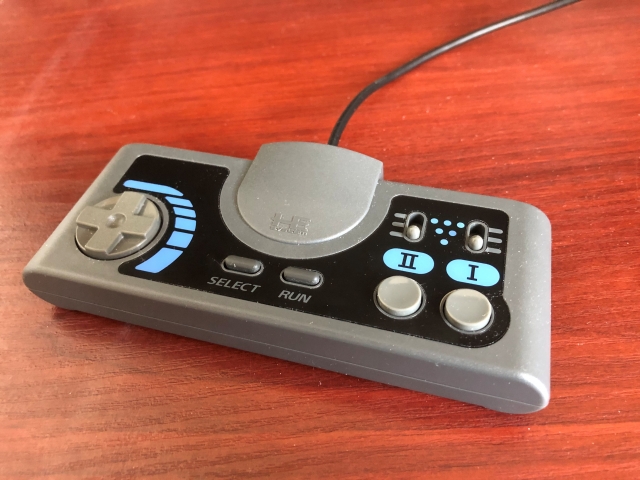 This also helps distinguish the games released on the CD expansion, which did make me wish SEGA had done the same and included some Mega CD (or even 32X) titles for their mini console. While you can’t really see much of a graphical upgrade, CD-based storage allowed for better audio, most apparent with games utilising voice over and music that goes beyond chiptune. The standout is probably scrolling shoot-em-up Lords of Thunder, which has a soundtrack as metal as the title suggests.

But let’s get down to the actual games. The problem of being obscure hardware means there’s a lack of proper household names like Mario, Sonic or Streets of Rage (strangely enough, there are titles from competitor SEGA by way of Fantasy Zone and Space Harrier). Naturally, Hudson Soft has the lion’s share of representation, the Bomberman games the most recognisable entries - including the best one Bomberman ‘94 (also known as Mega Bomberman) which let you ride kangaroo creatures while dropping bombs. The good news is that you can also experience Bomberman’s hectic multiplayer as intended, though you’ll need to shell out for both the multitap and extra controllers being supplied by third party manufacturer Hori. Other recognisable highlights include Castlevania: Rondo of Blood, Splatter House and Nihon Falcom’s RPG Ys Book I&II. But there’s also underwhelming fare like the horrid looking platformer J.J. and Jeff (sadly the Japanese version Kato-chan & Ken-chan and its ridiculous toilet humour is absent), Gauntlet clone Dungeon Explorer, and Zelda clone Neptunia and its sequel. More than anything else, there are scrolling shoot-em-ups, from staples like Gradius, R-Type and Super Darius to some more offbeat ones. But they all involve flying around a set path shooting lots of things. And they’re all merciless.

It encapsulates an era of Japanese arcade game design that was just punishing to play, where sometimes one life is all you get before a Game Over throws you right back to the beginning. You can of course alleviate that if you know some cheat codes (the PR was generous enough to supply me with some during my testing), while there’s also the option to save progress at any time and load up again, though there’s sadly no option to rewind progress. 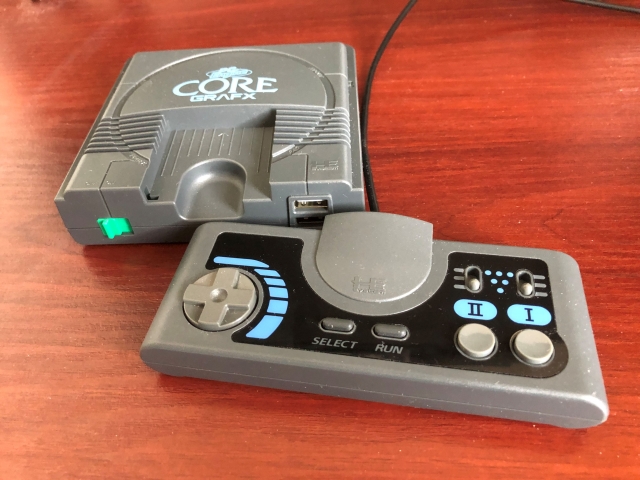 Those with a keen interest in Japanese gaming history will lap up the selection of Japanese games as a lost treasure trove. There’s bizarre gems like Monopoly-style board game Super Momotarō Dentetsu II and Appare! Gateball, a croquet sim with a bunch of pensioners in the cast (no, really). But here’s the rub: these games are only in Japanese, since these are strictly emulations, not localisations. It’s no big deal when it’s just an arcade shooter or platformer, but when that includes Hideo Kojima’s text-based cyberpunk adventure game Snatcher, you really wish Konami and M2 could’ve bent the rules and thrown in the localised Mega CD version. As the Japanese would say, ‘Shoganai’.

The PC Engine CoreGrafx isn’t going to be for everyone, much like when it was first released. It’s nonetheless a faithful and well-emulated mini console that stands as a fresh counterpoint to both obvious nostalgia bait and the safe iteration of next-gen hardware still to come in 2020.

While more niche than nostalgic, quality emulation and a large library makes the PC Engine CoreGrafx Mini a piece of hardware retro fans who appreciate (and ideally understand) Japanese gaming should consider adding to their collection.