Puro Sound Labs aren’t known for their gaming headsets, primarily making volume limiting sets aimed at children. So this headset represents a new market for them, how does it stack up? 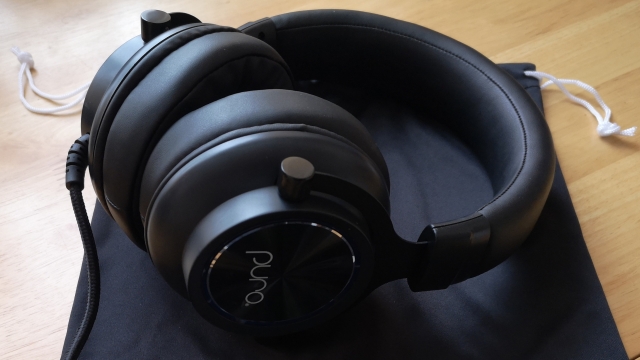 One of the first things to note is that the build quality is pretty respectable. The headband has a metal construction which gives it a very sturdy feel whilst staying relatively lightweight. The leather ear cups are comfortable and firm and as a whole their design is quite attractive, avoiding the garish colours usually associated with gaming headsets.

On the whole it has an industrial black look going on which makes them feel like they are intended for real use and won’t break immediately. When powered by USB the ear cups and the microphone have a subtle cobalt blue light effect which is pleasant to look at.

The headset’s unique selling point is how they limit the volume, which in theory means you won’t get your ears blasted out by sudden explosions or surprise music sessions screeched through chat in online games. This takes the form of limiting the output to 85dB which in general is perfectly loud enough for most practical activities, being roughly equivalent to a kitchen blender. By normalising the audio so this level is the ceiling it provides a real level of protection.

The headset’s sound quality isn’t compromised by the volume limiting feature either, providing good overall range and a clear stereo soundscape with good separation between left and right speakers. It can’t compete with high end headsets but for the price the sound is crisp and perfectly fine for gaming.

The headset microphone is an adjustable, omnidirectional affair that is removable. It does a respectable job of cancelling out ambient noise and again, for gaming is perfectly adequate. You won’t be using it to record voice overs or any serious work but for voice chat it works well. 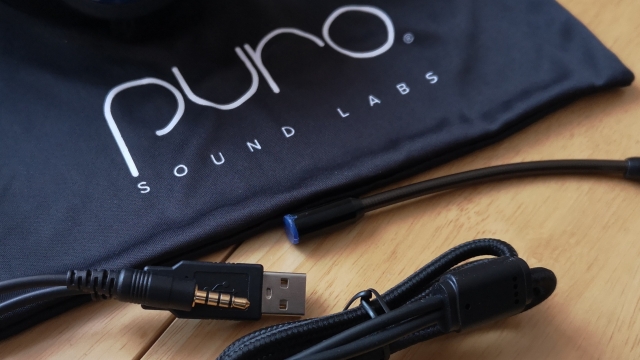 I am unsure as to why this is but it is definitely something to be aware of. Also of note is that unless you are on a laptop or have a soundcard that supports a combined speaker and microphone in a single jack then you won’t be able to use the microphone using the 3.5mm connection on PC.

The other main negative is that whilst the cable is a decent length (around 140cm), it is braided with rubber supports and has in-line controls for volume and microphone operation, both connections split off and aren’t detachable which means you always have a connection dangling and it’s not the most elegant solution in the world.

On the whole though the PuroGamer Volume Limited headset does what it says on the tin and works well. The odd USB behaviour on PC is a strange blemish on an otherwise easy to recommend headset, especially for those worried about hearing damage over long periods of usage.

They won’t win any awards but the PuroGamer Volume Limited Gaming Headset provides really solid audio whilst having a real health benefit. They’re worth considering for those with kids or anyone really who has hearing concerns.