Arknights is a tower defence gacha game developed by Hypergryph that’s available on iOS and Android. Set in a post-apocalyptic world, you play as The Doctor (not that Doctor, the normal kind) who’s suffered amnesia and must take command of Rhodes Island to help bring some semblance of order to the world. With the support of Amiya and fellow Operators of Rhodes, you set your sights on easing tension between the infected and non-infected amongst the warring factions.

To preface the review, there are two versions of the game, one being called Global/EN and the other is CN. The difference between them is that the EN version is six months behind the release of the CN version. This means we’re able to see what’s coming ahead for the game and its release calendar. However, at the time of writing, the schedule is currently not exactly what CN has had, with events being swapped in and around. This doesn’t necessarily affect the games’ content, but it’s something to be aware of if you’re thinking of jumping into it and looking at future content/what content CN has gotten. [Update since time of writing, the schedule is more akin to five months]

What really sells this game is the use of mechanics, level of polish, and story/narrative writing behind it. The game itself starts off fairly conventional. You have a limited resource called Deployment Points to place Operators in a map to stop enemies making it into the blue boxes. If you’ve played Plants Vs Zombies, Arknights is to PvZ what PvZ was to typical tower defence games upon its initial release. Where other games focus on being efficient and having the most powerful units only. It plays more akin to a deck builder, knowing you have to balance units out and fully utilising the environment. With the biggest boon coming from Operators that are able to push and pull units in and out of bounds, as well your interaction with the level with unique mechanics like placing blocks, ice/freezing, as well as bleed empowerment and other tile mechanics. 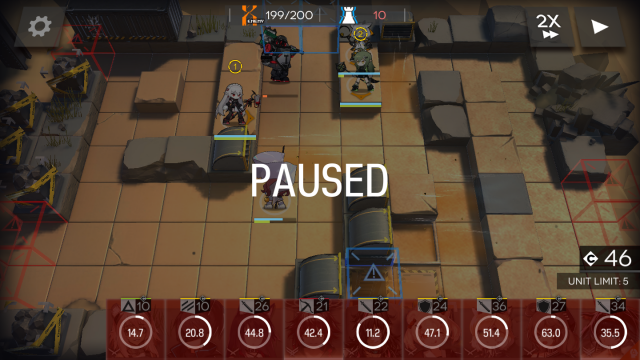 The game has eight types of Operators, Caster, Defender, Guard, Medic, Sniper, Specialist, Supporter, and Vanguard. Each type has their own specialism and unique synergies/utility that at the start of the game can appear to be an uphill battle in terms of what Operators you do and don’t need. In order to get more units, you either have to recruit them from banners or use recruitment tags. A banner being a time-limited period where a unit is able to be recruited and has a select few having an increased drop rate.

The monetisation model for the game is quite fair and gives the player enough resources that they’re able to regularly recruit on the latest banner. A banner being a timed limited event where you’re able to recruit Operators, with an increased chance to get a selected number of Operators over others. With the current process giving the player 1200 Orundom (the currency used for recruiting from banners), which is enough to pull for two Operators (the units you deploy) every week. On top of that, is the weekly resource cap from running Annihilation (the weekly challenge maps) that will give you 1400 Orundom, which can be increased to 1700 per week. The main campaign itself gives more than 200+ Originite for the first time clears (as well as challenge modes of them). On top of this, there is a free recruitment system using tickets that come from completing your dailies and weeklies to really bolster your party of Operators. The implementation of the bad luck prevention is okay (increasing the rate by 2% after 50 recruits for every recruit after), with your first time 10 recruits in a new banner giving a guaranteed five star unit or above. It’s worth pulling on these for the guarantee, however, be sure to check user forums and community lists on which Operators to try and recruit.

In terms of progression in the main campaign, the process was fairly okay, however, depending on who you recruit on the starting banner you’ll have an easier or harder time if you don’t have an Operator that’s more of a carry. This being an Operator who’s so good at what they do, they are practically two units combined. Whilst typically six star units, they can make a map easier to run but aren’t the make or break units that do or don’t enable you to complete it. Even at chapter six, you’re able to run four star units that have been promoted to E2 to clear it. 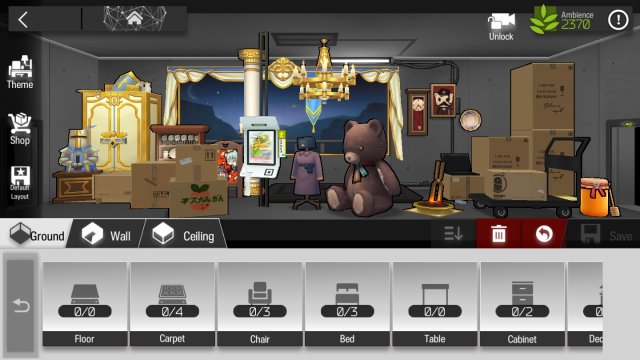 Interior decoration was never my forte...

The story itself is a slow burner, and doesn’t hit its stride until chapter five, with the currently released chapter six really hitting its mark for hype and emotion. Aside from that, the world of Terra and lore surrounding the infected and how “magic” happens in the world is definitely interesting about what is effectively cancer rocks. There is an annoyance of requiring an online connection to play, but that’s like every gacha game, which includes reading the lore/profile of Operators. Something important to note for music lovers is the absurd quality of the music and is worth a listen even when not playing the game.

Despite being a gacha game, the game is very forgiving and is definitely viable being a free-to-play (F2P) player even to the later stages. For clarity on my personal account, I rerolled to have two six star Ops (highest rarity units) and has had about £100 invested into it (at time of writing). The money invested is less because I was starved for units, and more focused on being financially efficient on being able to recruit units when their rate up banner happens. Normal gacha rules apply though with lower rarity Ops requiring fewer resources to upgrade. The monthly card allows a player to get 7080 Orundom, which is just shy of 12 pulls from banners.

The levelling system is tied to two main systems, a skill level and experience. Skill level is dependent on having the necessary materials to improve their skill for three star Operators and up. The experience system is slightly more complicated: once you hit the experience cap for a unit, you then need to Promote them. This raises their level to E1 (three star and up), with four star units and above going to E2. This is important to know as not all units are made equal, with some being more niche than others, and once you’re nearing chapter five, you’ll start to feel whether or not your investments worked or didn’t. You, the player, have their own level system, however, this isn’t tied to anything aside from how much Sanity you can hold at once. The start of the game is very generous and will easily allow you to play the game for hours at the start. 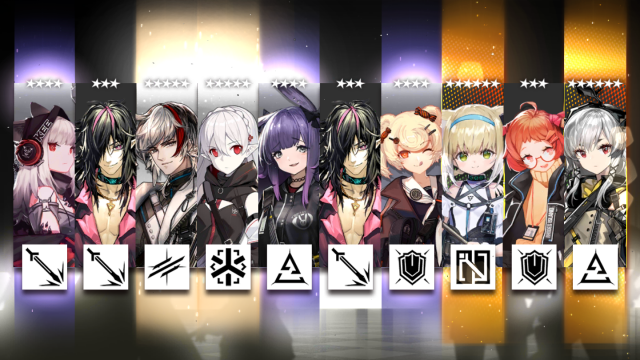 Goat/Virgin sacrifice may have been offered

The only time you’ll feel the sting of being a F2P player is during Contingency Contract, which is an event that’s designed to be Endgame content for players who have loads of E2 units at the rarity with fully maxed out skilled Operators. They appear roughly every three months, and whilst extremely difficult, the community is on top of it when it comes to creating guides for it. Whilst an event, it’s worth mentioning as this is what all players can expect to roll around and is part of the core Arknights' experience. It consists of a permanent map and daily rotating maps throughout the event. The permanent map will contain a large list of contingency contracts that increase the risk level, buffing enemies and debuffing your Operators. The fun of it comes from being able to figure out what your Operators are capable of doing, and unless you’re running for the Risk 18 achievement, it’s fairly doable to get the bulk of the event currency that can be spent on buying more upgrade materials or skins or Operators (at time of writing). The daily rotating map is far less arduous and designed for 95% of players. Some days are more difficult than others, but can be beaten as long as you have a majority of three star units max levelled and have a friend with a carry Operator with some ingenuity.

This is honestly one of (if not) the best quality gacha I’ve played. It’s easily recommendable to others for its somewhat unique take of being a tower defence game. The monetisation model is fair and the game gives enough resources that you don’t need to spend money. But now that I’ve made spreadsheets for this game, I’m too deep into this gacha hell now. 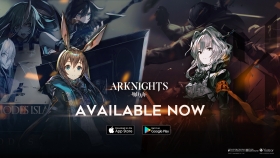