Art of Conquest is one of the many strategy game titles that have flooded mobile devices over the last couple of years, growing in popularity as app game development reaches amazing new heights. Being part of such a saturated market makes it difficult for any product to stand out, and this is especially true for videogames. Games in this position need a good hook, whether that be a good story or a unique mechanical quirk that sets them apart from others of the genre.

Art of Conquest at first glance is a generic strategy game reminiscent of classic kingdom builder games. You choose a faction at the beginning by choosing a country to be a part of, choose your starting hero and then set off to build and raid castles. What sets it apart from others of the mobile strategy genre is the sheer amount of effort put into making it immersive for the player. 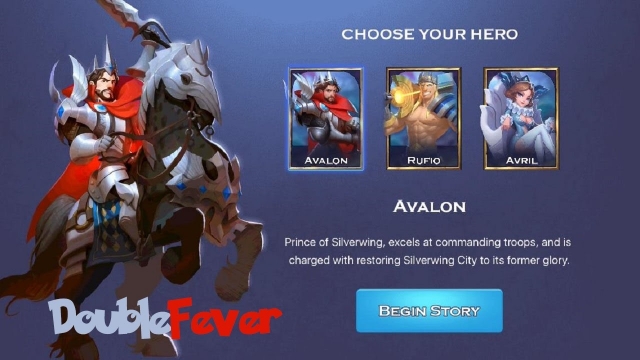 First of all, Art of Conquest is not just a strategy game. Art of Conquest has an immense sized map that the player characters can explore in an attempt to find resources, new units, engage enemy units for spoils, and many other things besides. Some of the new units you can find on the map are from races that the player can pay to change into from the default race, human. This acts as an MMO adventure for the player who can, together with any clan they join, claim cities that appear on the map and challenge other players to duels to weaken their armies. This cross-genre quality puts Art of Conquest bounds ahead of other kingdom builder games.

Art of Conquest’s combat system is more involved than other mobile strategy games. The game introduces hero characters, each with their own unique powers and interactions with the player’s army and their opponent’s. With this addition the rather simplistic combat displayed in strategic mobile titles takes on a new complexity. Balancing the use of hero characters, who have a limited number of lives that regenerate over time or can be regenerated with consumable potions, is one of the critical tactical elements one has to master to be good at Art of Conquest. Considering that each character has unique powers, you may find yourself wanting to use all your heroes at once which, as well as giving you their powers, increases the amount of army you can field. Doing this however leads you to moments where you have no heroes left to field. This is a devastating moment in the game as it means you cannot field units and are confined to the kingdom building element and are unable to confront any enemies. Overall, Art of Conquest is an interesting title. An attempt to expand on the rather bland nature of mobile strategy gaming that leads to a cross-genre title which displays elements of great strategy and the adventurous nature of MMOs. All in all, this game is an innovative title that is attempting to breathe new life into the genre. Though the game would be vastly improved if players did not get completely destroyed by those who have played longer and therefore have more resources, units and heroes which makes the line before the PvP element of the game nigh uncrossable. Unfortunately this seems a caveat of the genre.

An interesting attempt to put a spin on what has become a rather mundane genre for mobile games. With its unique adventure map and intuitive hero system, the game stands well above others of its kind.

Writing about games, and Dark Souls, because that is more than a game, it is life.