2D platformers on mobile tend to take the form of either an auto-runner or a virtual touchpad that feels too awkward to use with precision. You could argue that Witcheye isn’t actually a platformer - despite looking like one from the 16-bit era - since you’re not actually doing any jumping.

In this game from developer Moon Kid, you play not as a heroic knight, but rather a witch whose prized ingredients are stolen from under her nose by a knight with a knack for larceny rather than chivalry. But rather than jumping on a broomstick, this old crone instead morphs into just her eyeball to chase after him. Yes, an eyeball does sound like the grossest thing you could control. Though as a round object that can defeat enemies on impact, it surprisingly has a bit in common with Sonic the Hedgehog. In fact, the game has its fair share of influences from Sega’s blue blur, from the presentation of the stage names to the witch’s death animation (incidentally the only time you see her revert to her real form), while both the gorgeous pixel art and music share a colourful vibrancy that hark back to the Mega Drive era.

The witcheye floats along stages and from there you just swipe the touchscreen to move and tap to stop. Hitting enemies begins as simply just flying into them, though things steadily amp up over the six worlds. Some have protective barriers that you’ll just bounce off so you’ll need to hit them from their vulnerable side, or they might have spikes that can damage you, while some also fight back with their own weapons or projectiles. You can also just fly right past them, though you’ll also occasionally be trapped in a room until you defeat all the enemies or a mini-boss before you get a key to move on. There’s certainly a lot of care put into the enemy design. It’s not just that they get progressively trickier (some with a small window to hit their weak point perhaps test the touchscreen controls to breaking point) but there’s also a huge variety. Combined with the cleverly designed mini-bosses and boss fights, we’re talking over 70 enemy types, who all get their roll call in the credits.

The levels themselves are rather on the short side, often beatable in a minute or two. This makes sense for a mobile game where you’ll likely be playing in short bursts anyway. Nonetheless, each area feels distinct, so even levels within the same area might introduce a new music theme or gameplay element, such as how you might get caught in a spider’s web or trapped by air bubbles in an underwater level. 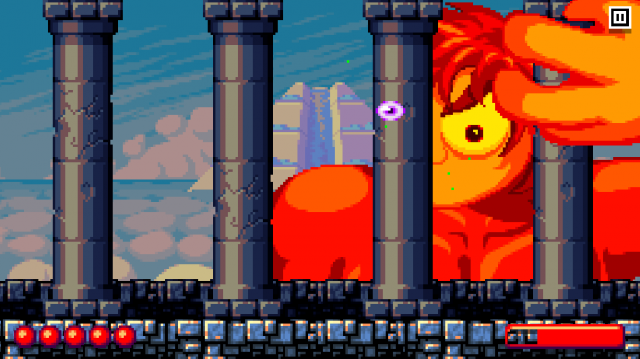 Even if you can breeze through them at a clip, you’ll likely replay the levels if you want to find the three green crystals and one blue crystal in each one. Some are dropped by specific enemies, though others are hidden in the environment, and you also have to grab them quickly before they drop out of the screen.

For further replay value, Witcheye also has unlockables, from higher difficulty modes to boss rush and speed run modes. But even if you just pick it up to play once, you’ll still find a retro platformer that’s more inventive and charm than meets the eye.

With an intuitive control scheme, gorgeous pixel art, and incredible variety in enemy and level design, Witcheye is a charming retro platformer you should have your eye on for your phone. 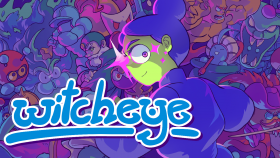