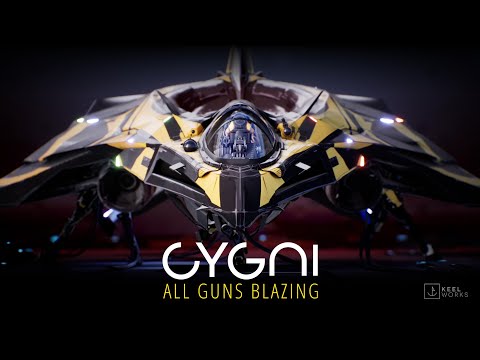 Cygni: All Guns Blazing - The Shoot 'Em Up Made With Ex-Pixar Talent

Shoot 'em ups seldom look as good as Keelwork's Cygni: All Guns Blazing, and for good reason. The twin-stick, scrolling hybrid shooter boasts a cinematic flair and top-notch presentation thanks to its team of ex-Pixar artists turned game developers. It's slated for release for PC and Mac in 2021, with PlayStation 4, Xbox One and next generation releases following soon.

Cygni doesn't aim to reinvigorate the shoot 'em up genre through revolutions in gameplay, but instead through stunning visuals, a grand orchestral musical score and cinematic set pieces. With enormous boss battle events; varied and detailed environments; and truly stunning levels of graphical fidelity, Cygni: All Guns Blazing is a sight to behold. Its use of the Unreal Engine impressed the folks at Epic Games too. The Studio's early work earned it an Epic MegaGrant, helping the small, two-man team  get the game funded. The grant is offered to teams using the Unreal Engine in technically and visually impressive ways.

Check out the trailer for Cygni: All Guns Blazing above.

The game releases in 2021 for PC and Mac, with PlayStation 4, Xbox One and next generation consoles receiving the game later on.