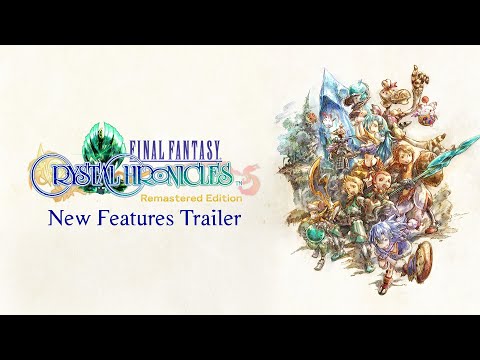 Originally released for GameCube in 2004 (in Europe), FINAL FANTASY CRYSTAL CHRONICLES quickly earned a reputation as a true action-RPG cult-classic. Now, Square Enix has revealed that the game is being remastered and re-released on PlayStation 4, Switch, iOS and Android as FINAL FANTASY CRYSTAL CHRONICLES Remastered Edition. Check out the trailer above for a look at some of the new features coming in the remaster and the generous demo version that'll launch alongside the main game on 27th August for PlayStation 4, Switch, iOS and Android.

Finally, a demo version will launch alongside the game, giving players access to three specific dungeons. This number expands to 13 if demo players join a co-op party hosted by someone who owns the full game. That's a generous amount of content for a demo.