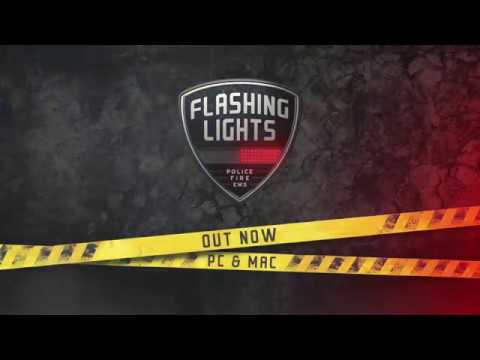 Developer Nils Jakrins has released a roadmap for the next six months of Early Access development for the emergency services simulator Flashing Lights - Police Fire EMS. Starting from the first look at an all-new explorable map in October, the roadmap ends with that same map fully decked-out with all the bells and whistles—both for single player and multiplayer. Check out the full development update on the game's Steam page here, or read on for a quick overview of the important bits (taken from update itself).

There's nothing quite like clear communication to give a game's playerbase faith during the tumultuous Early Access period. That's why it's such a relief to see developers like Nils Jakrins releasing clear roadmaps like this. It may not be the most ambitious roadmap in gaming history, but it sets a clear expectations and fosters productive communication between player and developer. We approve!

Flashing Lights is out now on Steam Early Access with no confirmed release window.