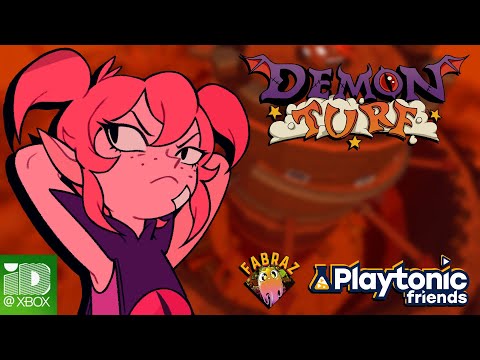 Announced at ID@XBOX is the team up of Platonic's new label of Playtonic Friends with Fabraz for the release of Demon Turf. A 3D Platformer with a unique blend of 2D animated characters. On Steam there will be a version called Demon Turf: Trials which will offer a new map to play every week as a demo-like experience for players with its own leaderboard and ability to win prizes.