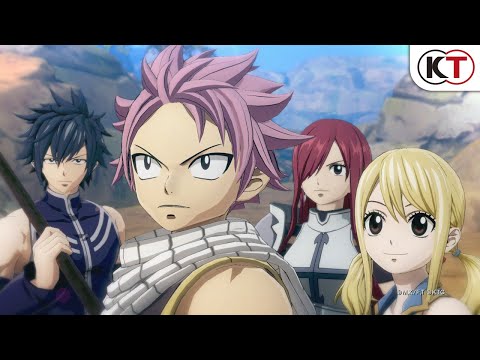 Koei Tecmo’s American division has announced that a brand new game based off the popular manga and anime series Fairy Tail is in the works. The game is being developed by Gust Studios, a lesser known studio mostly known for their work on the Atelier franchise.

The title is being created under the supervision of Fairy Tail’s author Hiro Mashima, and with an art style that seems to mimic the anime series it appears the game will stick relatively closely to the source material, at least in terms of inspiration.

The initial reveal trailer doesn’t show too much gameplay, but the game is confirmed to be a JRPG, which seems rather fitting for the adventurous tone of the series. Those looking for more gameplay of the title won’t have to wait much longer, with Koei Tecmo confirming there will be more footage shown during this week’s Tokyo Game Show.

Fairy Tail will be available in 2020 for Nintendo Switch, PlayStation 4 and Steam.