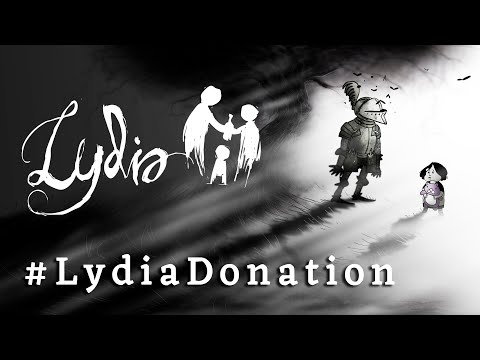 Darkly stylised and emotional visual novel, Lydia, tore at players' heartstrings on Steam in June 2017; it's coming to Nintendo Switch later this month on the 17th January. Based on the creators' own traumatic experiences and memories, the game follows Lydia, a girl with alcoholic and neglectful parents as she grows up trying to make sense of the chaos surrounding her.

For the game's Nintendo Switch release, a DLC will launch alongside the main game. Costing £1, the "#LydiaDonation" DLC serves to remind players that the issues explored in the game are all too real and faced by people all over the world. All the proceeds from the DLC will go towards Fragile Childhood, a "non-profit organization preventing harm caused by parental substance abuse". The donation will also give players an in-game colouring book which Lydia can only fill in with "happy colours", a metaphor for the charity's ultimate goal.

Lydia is out now on Steam. The Nintendo Switch release, as well as the donation DLC, will be available on 17th January. Check out the "Lydia Donation" trailer above.