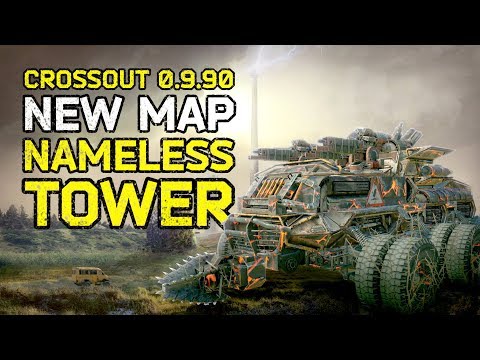 The new PvP mode is aptly called "Domination." Essentially a zone-control mode, Domination challenges player teams to hold two of three control zones. This will force the teams to split their forces, sending manpower where it's needed, and giving them a chance to react to the enemy's missteps. Players level 10 and over will be able to participate in the new mode, which takes place on a brand new map called "Nameless Tower," which is centered around an old nuclear plant cooling tower which turned into an occult sort of wasteland shrine.

The new raid, meanwhile, takes place on a map called "Steel Cradle." Four-player teams will tackle this co-op mission. The challenge: to halt production of a Leviathan, a massive vehicular titan that's more than enough to ruin everyone's day. Players will need to coordinate their efforts to hit the Leviathan's production factory, hopefully disabling it before the steel beast gets wheels on the ground and missiles in the air. Every success weakens the final product, making the weaponized Leviathan boss that much easier to handle.

Other balance, UI, and quality of life improvements are included in the 0.9.90 patch, the complete list of which can be viewed here.