The highly anticipated remake of the cult classic NieR finally gets a release date, as revealed during Square Enix’s NieR themed “We Have a Decent Amount of New Info” live-stream for Tokyo Game Show 2020.

Formally announced by way of a teaser trailer in March, just shy of the 10th anniversary of the original games’ release; NieR RepliCant finds a new home on modern consoles for fans of the original and it’s 2017 sleeper hit sequel, NieR: Automata.

We already know that the project is being helmed by series staple figureheads: director Yoko Taro, producer Yosuke Saito, and composer Keiichi Okabe; - and to expect influence from Automata to seep into Replicant ver.1.22...

In its initial release in 2010, NieR was split into two versions of the game: ‘Gestalt’ in the west, and ‘RepliCant’ in Japan. Although both games are set in the same world - the titular protagonists’ design, relationship with a pivotal character in the game, and time frame differs; and It’s widely considered that the Japanese release is the more definitive edition. 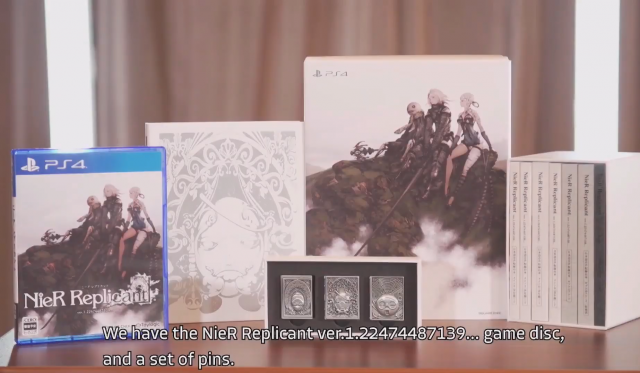 A collector’s edition of Replicant was also announced during the live-stream, dubbed the “White Snow Edition”. The box includes the physical copy of Nier Replicant ver.1.22..., a set of "Grimoire" pins, as well as script books and 2 disc’s featuring the soundtrack to the game.

Digital versions of the game comes with different amenities: every copy of NieR Replicant ver.1.22... comes standard with a “Mini Soundtrack”, with Steam versions adding a “Wallpaper Set”, and the PlayStation 4 version having a “Dynamic Theme” and “Avatar Set”. 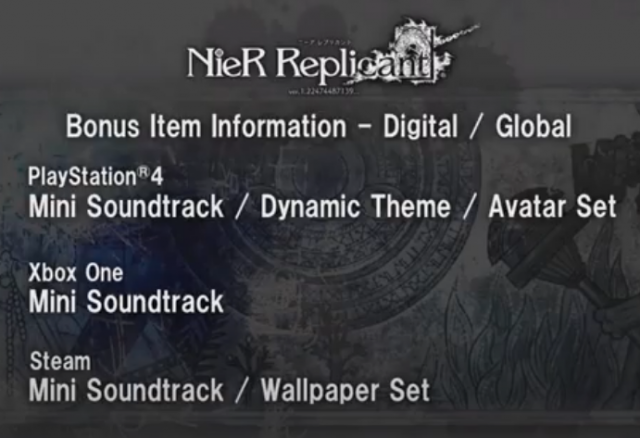 The live-stream showed us our first glimpse of gameplay and fighting mechanics.

Prepare to “Become as Gods” as NieR Replicant ver.1.22474487139… serves you an existential crisis bullet-hell sandwich on PC, PlayStation 4, and Xbox One on 23rd April 2021 for Europe and North America.

The Original NieR is Coming to Current Gen Systems