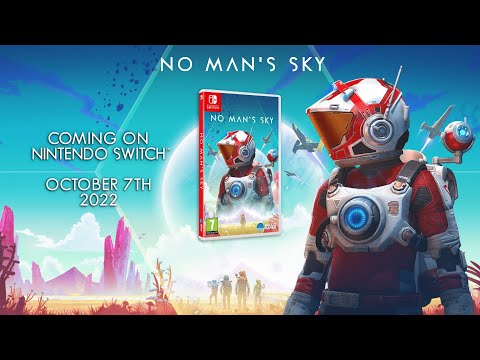 No Man's Sky Coming to the Nintendo Switch

After its initial release in 2016, six years later Hello Games and Bandai Namco Europe have announced that the procedurally-generated exploration game, No Man's Sky will be releasing on the Nintendo Switch.

The title will see both a digital and physical release for the platform on 7th October, 2022 as well as a physical version for the PlayStation 5 launching on the same day.

These new releases will include "everything that is possible and applicalble" from the 20 updates that have come to No Man's Sky over the last six years as well as potential future updates.

The founder of Hello Games, Sean Murray, had this to say about the announcment:

“I think folks are going to be blown away when they finally get to play this game on such a tiny device. It really is an entire universe in the palm of your hand. It has been a huge undertaking, but a very rewarding one for our small team, and I’m really proud of the result.”