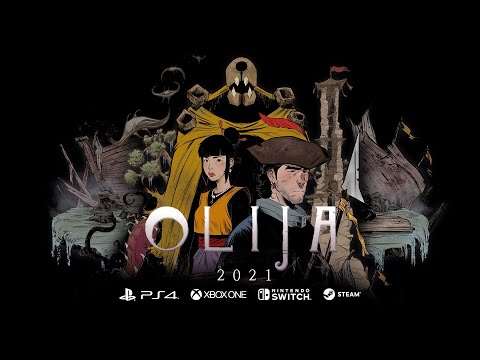 Originally scheduled for release in 2020 for PC and Switch, Skeleton Crew Studios' Olija will now release in early 2021. The extra development time, the studio reports, has been used to bring the game to PlayStation 4 and Xbox One. This means that, when it releases early next year, Olija will be available on Xbox One, PlayStation 4, PC and Switch.

Set on a mysterious nation called Terraphage, players take on the role of Faraday, a shipwreck survivor who must unite with his fellow castaways and escape the hazardous country. Armed with a trusty harpoon, Faraday must explore, fight, meet locals and discover is he's to face the unknown and come out with his life intact.

Check out the latest trailer above for a look at the game's pixel art style and surreal elements.

Olija is planned for release in early 2021 for PlayStation 4, Xbox One, PC and Switch.