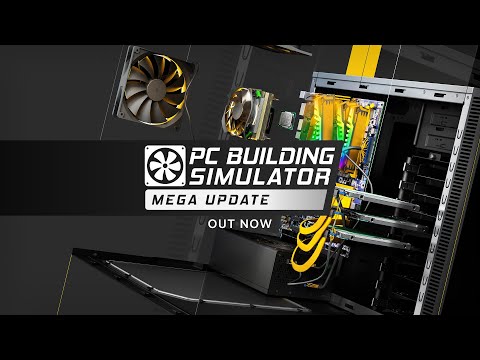 The PlayStation 4 and Xbox One versions of PC Building Simulator have recently been updated to bring them in line with their PC counterpart. In addition to over 250 PC parts to experiment with, the free update brings an array of quality-of-life improvements; keyboard and mouse support for Xbox One; as well as a new filter system for the in-game shop and inventory. Check out the update's trailer above.

Additionally, all five paid pieces of Workshop DLC, which were previously PC-exclusive, are now available on console. These bring the designs of five well-known PC brands to players' virtual PC workshop: Razer, Republic of Gamers, NZXT, Overclockers UK and AORUS.

The update has launched now for PlayStation 4 and Xbox One. It will be coming to Switch in the near future.

Full details regarding the update can be found on the Irregular Corporation website.

The Console Mega Update for PC Building Simulator is out now on Xbox One and PlayStation 4. It will be coming to the Switch in the near future.

There's something kinda perverse about the concept of building PCs on consoles.