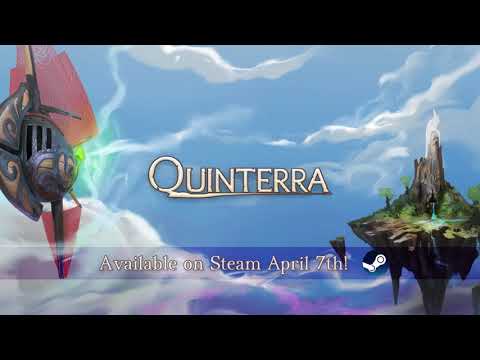 Roguelite turn-based strategy title Quinterra is releasing on Steam Early Access in a matter of days. The game, which fuses tabletop, deckbuilding and roguelike gameplay styles, will hit Steam Early Access on the 7th April at a price of $14.99/€12.45/£10.76. Take a look at the tile-based gameplay in the latest trailer above.

The game will see players venturing through the five (four in Early Access) domains of Quinterra, facing different foes in each. Players' starting domain will depend on the species they choose at the campaign's outset. This, in turn, will impact the trajectory of their run.

The average run through a Quinterra campaign is expected to last around three and a half hours, throughout which players will build up their army using elite units, minions, equippable items, talent points for upgrades, and crystals (which provide regular units with serious power boosts). There are hundreds of abilities, pieces of equipment and unit types to discover, enough to make every run different from the last.

Quinterra launches on Steam Early Access on the 7th April.