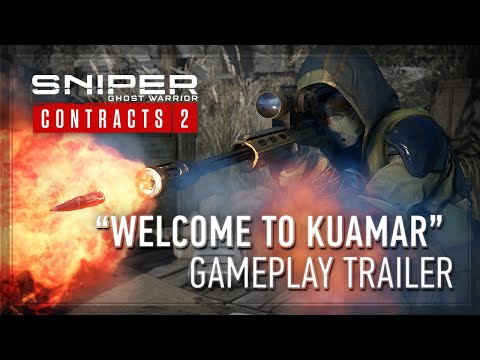 Details surrounding the sequel to 2019's open world sniper sandbox Sniper Ghost Warrior Contracts are beginning to emerge. The latest trailer for Sniper Ghost Warrior Contracts 2 (shown above) introduces the fictional Middle Eastern nation of Kuamar, where a cruel dictator and his wife have wrestled ultimate control and war with the outside world is all but inevitable.

As Raven, an elite sniper, players will take on a range of contracts spanning five open environments in Kuamar. They'll take out key figures in the regime of President Omar Al-Bakr, using a vast range of weapons, gadgets and strategies in the process. Sniping may be the name of the game, but it's far from the only option.

With more expansive levels, more interesting environments, polished gameplay, improved graphics and a range of features taking advantage of the latest consoles, Sniper Ghost Warrior Contracts 2 looks to be the series' most impressive entry yet.

The GrinCast Episode 293 - The Reason I Own Five