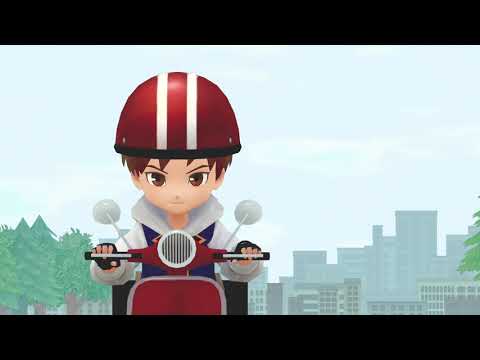 This introduces the "Olive Town Mystery Files", a sub-scenario in which players join Mikey and Cindy in rooting out the source of mysterious occurrences popping up all over town. This DLC pack also comes with a range of "Animal Attire" outfits.

Explore a brand-new area known as Windswept Falls. This refreshing area is home to four characters from an earlier 3DS entry, two of whom are potential marriage candidates.

Another new area in this DLC pack, Terracotta Oasis. Just like Windswept Falls, this area is home to four characters from a 3DS entry, including two marriage candidates. Also in this pack is the "School Uniforms" costume pack.

Expect specific release dates and details as we approach the launch of each DLC pack.

STORY OF SEASONS: Pioneers of Olive Town and the accompanying Expansion Pass release for the Switch on the 23rd March.

Meet the Bachelors of STORY OF SEASONS: Pioneers of Olive Town

Meet the Bachelorettes of STORY OF SEASONS: Pioneers of Olive Town