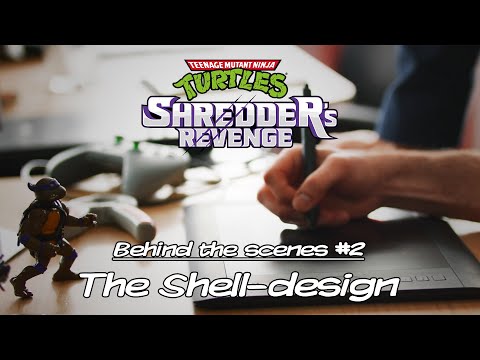 Developers Tribute Games, and publisher Dotemu, have teamed up with Nickelodeon to evolve the timeless beat-em-up style of the Teenage Mutant Ninja Turtles games in the new game set to release this summer on PC, Nintendo Switch, Xbox One, and PlayStation 4.

Inspired by the Teenage Mutant Ninja Turtles games of the past, the developers studied the classic games in the series to ensure that the new Teenage Mutant Ninja Turtles: Shredder's Revenge captured the feeling of the original games and the turtles themselves. This new title includes refinements like unique moves and attributes for each of the titles to accentuate their personalities, capturing the essence of the classic series.

“We designed Teenage Mutant Ninja Turtles: Shredder’s Revenge to resemble a season of the classic 1987 cartoon series, treating each stage as if it was its own distinct episode,” said Jonathan Lavigne, Co-Founder of Tribute Games.

“Pairing elements of the wider TMNT universe with the inventive styles of battle fans know to expect from the Turtles resulted in the non-stop pacing of an action movie, and the game’s balance of this iconic world’s personality with lighthearted fights is a rush to play.”

Teenage Mutant Ninja Turtles: Shredder's Revenge is in good hands with Tribute Games and publisher Dotemu are known for their past game remakes, faithful ports, and continuations of classic loved series like Streets of Rage 4. Fans of the series don't have to wait much longer to get their hands on this retro-inspired title!