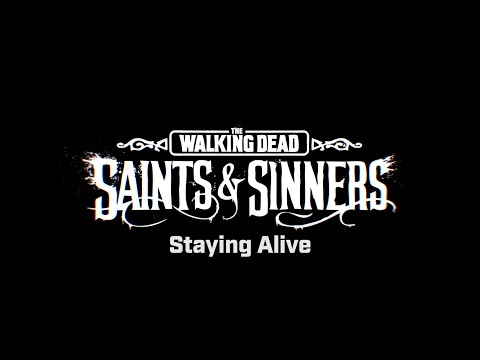 VR didn't take the gaming world by storm like many predicted it would, but that's not to say that it failed, or even that it's fading away. Instead of that overnight industry revolution, VR is slowly developing; earning an established and respected place in the modern gaming market, always improving along the way.

The Walking Dead: Saints & Sinners, from Skydance Interactive, shows off exactly how VR games are striving to move on from the sheer spectacle of the technology. From the latest behind-the-scenes trailer (shown above), it appears to bring a complete gameplay experience that isn't defined by VR, but enhanced by it.

It doesn't take much imagination to understand how a zombie gnawing at your limbs could strongly impact a VR player. Likewise, plunging a knife into a zombie skull or pointing a gun at a survivor while making direct eye-contact with them would have so much more significance in a VR context than on a TV. It sounds like an obvious thing to point out, but Skydance really does look to ground the player in the game's actions. There also looks to be an impressive range of melee weapons to work with too: the typical fare like bats, clubs and knives make an appearance as well as all manner of makeshift weaponry.

The inventory system, interestingly, is reminiscent of Dead Space's. It's integrated into gameplay as a backpack that players physically grasp at and pull items from. A similar style of immersive menu implementation looks to be in play for the game's cooking and crafting system, with recipe cards being held in a player's hand instead of the typical menu window.

For a better look at The Walking Dead: Saints & Sinners' survival gameplay, check out the trailer above. The game will launch 23rd January for Oculus Rift, Rift S, Quest (via Link cable only), HTC Vive, Cosmos, Valve Index and various WindowsMR headsets. 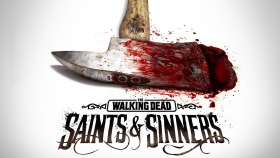