Two years on from the release of Divinity: Original Sin 2, Larian Studios are now shouldering the pressure of one of gaming's most iconic role-playing series. After a 20-year wait, long yearning fans of the Baldur’s Gate series finally have their hands on the newest installment of the franchise. The game has a long way to go before it enters a finished state, both technically and in terms of its storyline, but all signs suggest Larian Studios will be bringing us yet another role-playing classic. Fan expectation has been at a sky high-level since Baldur’s Gate 3’s announcement. Despite not being the full meal in its current state, Larian Studios taster was in high enough demand to crash the Steam store during its launch.

So what can we expect from this epic franchise's return? Of course there are a lot of similarities to Divinity: Original Sin 2. That is a game that launched to roaring success and fans of that game will see it running through the spine of Baldur’s Gate 3. Despite those similarities Baldur’s Gate 3 stands well on its own, with its own setting and gameplay. It’s more action-orientated and incorporates the Dungeons and Dragon aspect of the game that players have come to expect from the Baldur’s Gate series. 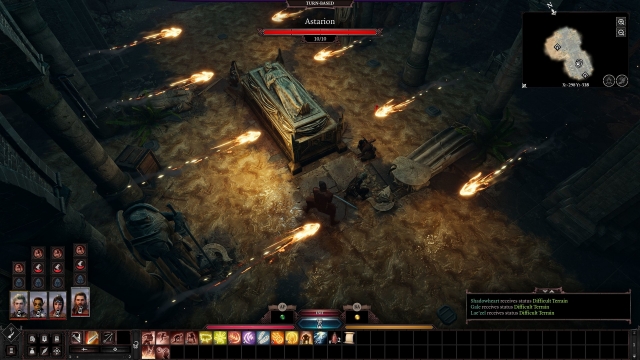 Although the early access to Baldur’s Gate 3 lacks polish, the content delivered is more than generous. Players can play up to the beginning of Act 2 (of 3), which is likely to keep the average player busy for 20-30 hours. With Act 2 and 3 both a year away, there’s still plenty of content for people to lose themselves in, in this role-playing experience. Despite its early access status, Baldur’s Gate 3’s content isn’t knee-capped by quantity or quality. The length isn’t short by any means, but capping out around 30 hours allows players to go back in and explore the variety of playstyles the game has to offer which likely wouldn’t be the case in a fully fleshed out release.

The player is allowed a lot of freedom throughout Baldur’s Gate 3. The open world encourages exploration and planning before making a move. Much like its tabletop counterpart, Baldur’s Gate 3 is more rewarding to players willing to think outside of the box. Dice rolling is a thorn in your side throughout the game, but the player is still allowed to get themselves into favourable positions thanks to the way the world is designed. 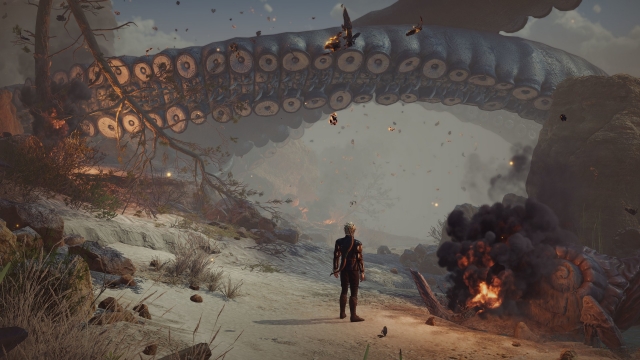 Narrative decisions are a vital part of the roleplaying experience, with Baldur’s Gate 3 bringing that into play early in the game's story. Creating the initial party is something that relies heavily on early game decisions that the player makes. It’s clear from the onset that this isn’t a game that will let you select the easy options to work towards the happy ending. Players have to think and live with the consequence of their decisions, with even some early decisions impacting later parts of the opening act's story. Considering Act 2 and 3 are still a year away, it will be interesting to see how much of a narrative affect the choices a player makes in Act 1 will have, especially considering players are likely to have long completed Act 1 by the time Act 2 and 3 release. 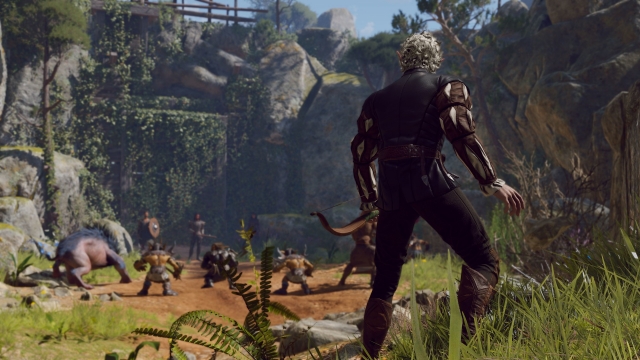 As we’ve come to expect from early access, Baldur’s Gate 3 does have a few issues that need ironing out. You’re unlikely to run into something completely debilitating to your experience, but it won’t be uncommon to run into a technical or visual issue throughout your playthrough. It’s a work in progress, with Larian Studios making great progress with the updates they’ve been releasing. Despite a lack of refinement, the core fundamentals of Baldur’s Gate 3 remain strong throughout, meaning you can enjoy the gameplay regardless of the rough outer edges. With the updates that have been coming, there’s nothing to suggest the game will be plagued by similar issues once it launches fully.

A lot of effort has been placed into creating an immersive role-playing experience too. No two playthroughs are the same and changing things such as your race or class will impact the way the story unfolds. Characters will adapt to the character you have created, which goes beyond simply acknowledging the race of your character. Changing class will change your proficiency, in turn always changing your approach to the game and the way the game approaches you. It’s difficult, for example, to play through the game as a wizard the same way you would as a rogue. It’s not easy playing outside the expected style of your class, so you have to be sure you want to commit to a certain path right from the get go. 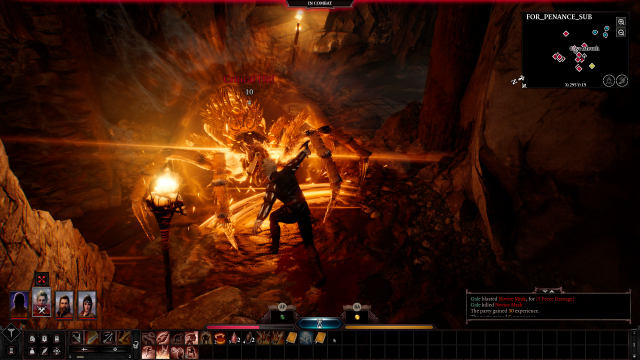 Baldur’s Gate 3 offers a good learning curve to newer players to the series. The game isn’t easy by any means, however it doesn’t leave players feeling overwhelmed. Information to understand each class is more digestible, making it easier for players to create a character that’s right for them. Although the combat still poses a decent challenge, players are likely to find they understand their role better before heading into the game. Of course there’s a lot to learn throughout the game's story, but Baldur’s Gate 3 does a good job of providing the fundamentals for each race and class type. With a game of this length, it’s great to see a lot of work has gone into designing a character creator which helps the player create something that’s comfortable to them. With more classes to come in future updates, Baldur's Gate 3 has enough classes to be unique but it doesn’t leave you drowning in options.

Judging by the opening, Baldur’s Gate 3 is set to be another memorable RPG effort from Larian Studios. The role-playing itself is enjoyable, and as long as they continue to improve on the base they’ve built, Baldur’s Gate 3 is unlikely to disappoint fans who have yearned so long for its return. Eyes will of course move towards the games final two acts, which are set to release next year. If they can maintain the high quality set by the games opening act, Baldur’s Gate 3 could be the stand out game of 2021.

I have never heard of this game before today, but this is the second time it's popped up. It looks like DnD the video game! But it's based off of a board game as well? I'm so intrigued. I wish you had mentioned what systems it is for and how to nab the early access in the article.