It has to be said that I didn’t pay a great deal of attention to history when I was at school. I know who invented the horse-drawn seed drill and I can remember a few of Henry VIII’s wives, but ask me anything about the history of some of the world’s great civilisations and I’m likely to struggle. This is a shame because as I’ve got older it’s become something much more interesting to me, but I’m playing catch-up with people who have been studying it all their lives. Fortunately, history-themed video games exist to make learning a lot less dry. Well, metaphorically speaking anyway, there’s still a lot of desert in Egypt.

You can probably tell from the title exactly what to expect from Builders of Egypt: Prologue, but what it doesn’t tell you is the in-depth backstory in the game. Loading screens, tutorials and in-game menus have a great deal of historical information and I actually feel like I learnt something from playing this free-to-play demo of this city-builder. I was a little surprised to be asked to build a fire station pretty much right away, and then learnt that the ancient Egyptians are generally considered to be the inventors of this: a necessity because of oil-fed lamps used to light their homes. 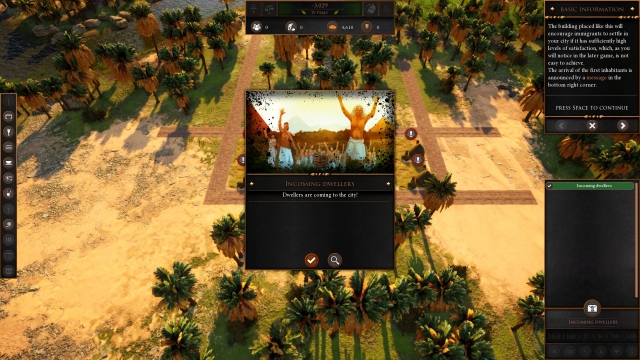 There’s not a huge amount of content just yet, but what is there is nicely crafted, with the single mission doing a great job of showcasing the depth that we can expect from the finished title. The mission that is available at the moment puts you in control of a small settlement in the early days of the country. Setting up with houses and businesses alongside the Nile, you get a huge amount of land and can develop over a very large area at the moment. There are various categories of buildings, although many aren’t yet in use in this early build.

Trading with one nearby settlement is currently in the game, although they are only happy to buy a few things so good luck getting rid of all of the spare straw you will accrue! This is going to be your main source of income, as the next town over has a near-insatiable appetite for bricks. Handy, as the only things that so far can be made are bricks and pottery. (They rarely want to buy these so you might need to stop making them once you hit your mission objective or you will be overrun by pots.) 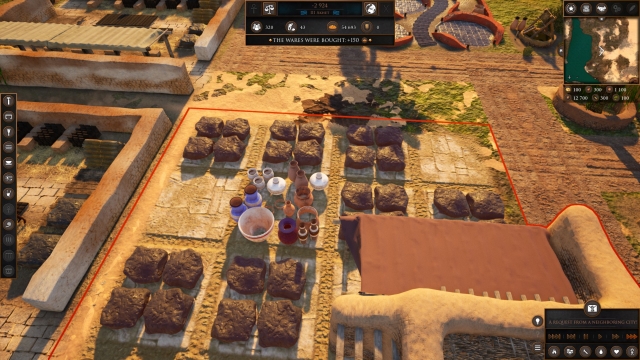 There’s a basic tutorial in the game at the moment, although it needs a bit of refinement, with some things not explained that I had to find out through trial and error, like how to find out what resources are needed for making the bricks that I needed to trade and where to get these from. There’s also signs of things in the game that have changed after the tutorial was written, such as referring to right-clicking various menus that have changed to be accessed by the left mouse button instead now.

I was very impressed, given this is in the early stages of Steam’s Early Access programme, that the game ran particularly well. I did run into one issue where my potter simply stopped making pots for no reason and I had to delete and rebuild the building, but that was the only issue that I had in around six hours of gameplay. No graphical glitches or crashes, and the game ran at a smooth and stable frame rate throughout as well. 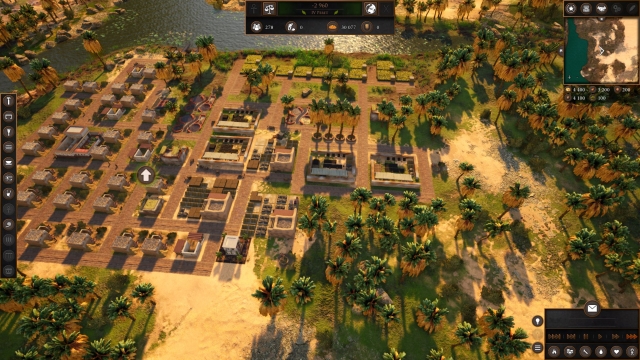 The only real issue that I had with Builders of Egypt: Prologue is that it’s a little short at the moment. This is to be expected with an early access game, but I enjoyed it so much I was disappointed to learn that there’s not a huge amount of it and I’ll need to wait until late 2021 to get my hands on the full game. I’m looking forward to it very much though.