I’m a bit older than some of the team here at GameGrin, and by that I mean that I can remember a time when there were only 151 Pokémon. In the earlier days of gaming, before Portal came along, puzzle games didn’t have to be full 3D open worlds, they could just be simple 2D affairs without microtransactions and promotional tie-ins. I sometimes miss those days, so games like Dogs Organized Neatly will always interest me.

This is the follow up to Cats Organized Neatly, and as the title suggests, you have to organise your furry companions in a neat fashion. What this really equates to is a game where you have to tessellate polyominoes in a fixed space (ie, fit some shapes in another shape without overlapping them), but the unique selling point here is that those polyominoes are, yes you guessed it, different sizes and shapes of dog! 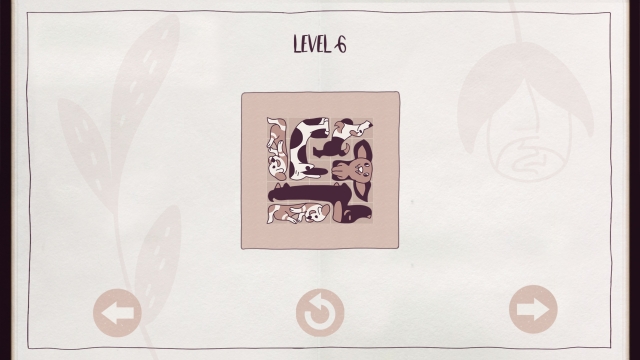 The Steam Next Fest demo contains the first 10 levels of the game, and so it doesn’t last all that long. In addition, the nature of the puzzles is such that there is usually only one correct solution so replay value is limited, but for a free demo, that’s not really a huge problem. Going by the £1.99 price of the previous title, it’s unlikely this is going to set you back much more than the cost of a cup of tea, so it’s not a grand epic, just a fun little puzzle title. The full game will have 80 levels, so there will be more for your enjoyment when it gets a complete release.

While you are arranging your dogs into a neat pile, a jaunty tune plays in the background, which is neither intrusive nor super memorable, but it serves the purpose well. The dogs make noises when you place them, and also if you click on them to move them or rotate them; other than that it’s rather sonically sparse, but again this is more than likely to be a result of the kind of game that Dogs Organized Neatly  is. You can’t pet the dogs at the time of writing and that’s something that I feel all games containing dogs should have as a feature, so I’d hope to see that before the title gets a full release personally

All of the levels are hand drawn and have a quirky cartoon style, and the same applies to the rather minimalistic backgrounds. The whole thing has an autumnal theme with lots of tan and brown featured. It’s not the most visually appealing title and perhaps a splash of colour here and there might make it pop a little more, but I get the impression that developer DU&I is looking to take a “less is more” approach to the style, as they did with the earlier title in the series. 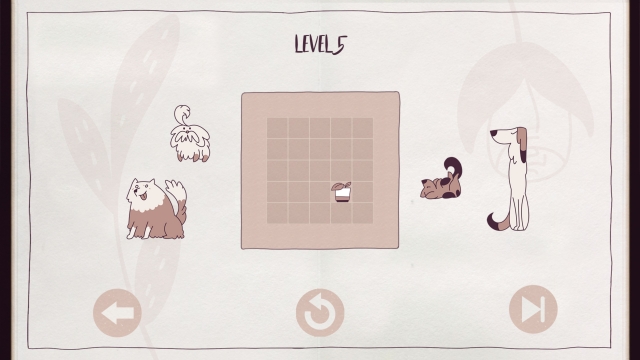 That really is all there is to say at the moment. It’s a charming puzzle game but not one that’s likely to take up too much time. As a low-priced indie title though, it does seem like you’ll be getting your money’s worth if this releases at the same bargain price as its predecessor later in 2021.