If the success of Animal Crossing: New Horizons has shown us anything, it’s that there’s a market for games that are pleasant and wholesome. There’s a huge amount of fun to be found in going crazy with giant weaponry or blasting aliens out of the sky, but sometimes you just want to settle down and play something “nice”. If that’s an itch that you need to scratch then FoxTail might be right up your street, as this is one of the most charming games that I’ve seen on the PC in a long time. 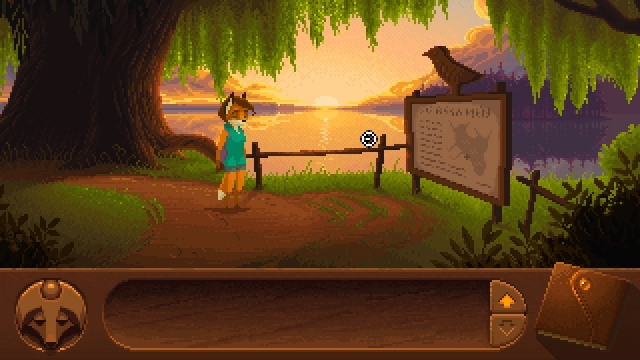 Taking a great deal of inspiration from the adventures of Sierra and LucasArts, this is a point-and-click adventure game with a distinctly EGA-era PC feel to it. Set in your standard fairytale enchanted forest, it puts you in the shoes (well, paws) of fox cub Leah, who starts the game visiting her grandmother. With a plethora of puzzles to poke your powers of reasoning, you’ll start out on a nice family visit, and eventually enter a world of magic potions, wannabe sailors, and exploding mushrooms. All of this is set to the backdrop of finding some medicine to make your granny feel better. It is, in a word; lovely.

The game has been in early access for a couple of years now, but with the third chapter now complete, I played through what constitutes a large portion of what the finished game will eventually be. It’s a good amount of content for a finished game to be honest, so for early access, FoxTail represents a very polished product. The world-building is strong, the characters are generally believable if not always likeable (the ferryman in particular is an archetypal adventure-game hindrance to progression, but that’s the point of him of course).

I felt the music deserved a special mention here. I absolutely love the soundtrack, it has such a soothing feel to it and fits the somewhat relaxed nature of the game perfectly. Vlad Plotnikov has done a wonderful job at capturing the ethos of what the game is and crafted a soothing soundtrack that sticks with you long after you’ve finished playing. 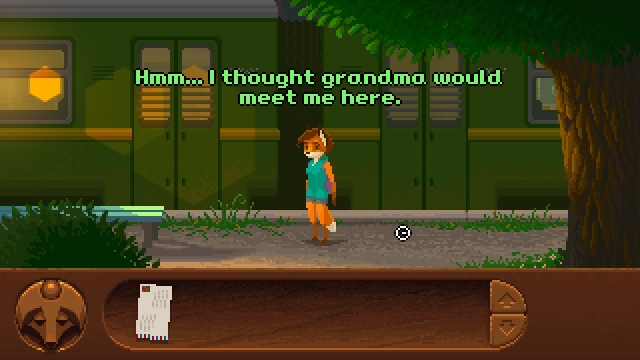 Something I quite liked, was the multiple solution nature of many of the puzzles. All too often in adventure games, you find that a puzzle requires a particular combination of items, when logically you know that a combination of two other items would work just as well. FoxTail recognises this and many of the trials you face can be approached from various angles, making it feel a lot more logical than some games, and cutting down on the old “rub every object against every other object to see what happens” moments that are common in this type of game. It does mean, of course, that sometimes it’s a little too easy to progress. This is especially true with the later chapters, as most solutions are spelled out to you by the various NPCs inhabiting the world. It’s not a major issue, as this isn’t a genre that attracts people looking for a super difficult challenge, but if you were hoping for the Dark Souls of point-and-clicks, this isn’t it.

Overall, I’m really looking forward to seeing where FoxTail goes. It’s a really charming game and had me hooked right the way through. If it’s this well crafted during early access, then I think we are going to have something quite special indeed when it comes to full release later on. 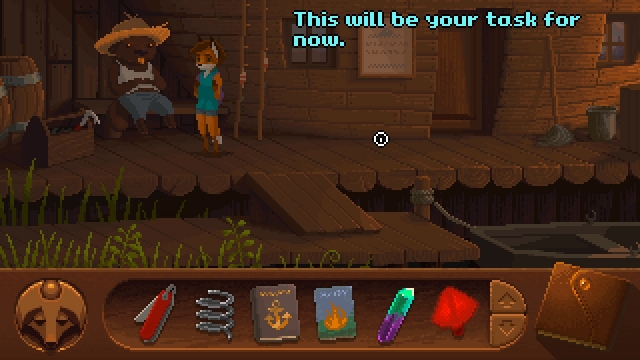