As soon as you start Interpoint, you can see heavy inspirations from beloved developer Valve, more specifically from its games Portal and Half-Life. Puzzles, portals, weird-looking energy guns and an intriguing sci-fi story set up the first three chapters of Interpoint to be quite an interesting game, despite it being confusing to follow most of the time.

With six chapters planned, the first three chapters available for Interpoint deliver an interesting first-person story that’s full of mystery. You play an employee at Delta Laboratories named Harry German who was working on a super-secret project that was supposed to benefit the entire human race, but of course, something went wrong. The story immediately gets weird from there and continues to get weirder as horror-like elements appear which can actually be quite frightening. As you go through the three chapters, you’ll have to solve puzzles, run away from creepy static apparitions and learn what is really happening in Delta Laboratories. Early on, you get a weapon called the Photon Gun which can absorb different kinds of energy and use them in a beam-like fashion (similar to the Proton Gun in Ghostbusters) which is a crucial part of the majority of puzzles. There are quite a few different energy types you can absorb and use that all have their own purposes. The green energy can be used to freeze moving objects such as a broken door that keeps opening and closing so you can get through it. The red energy is essentially heat which can melt windows or evaporate water. The purple energy acts as a power source which can be used to power broken generators and the white energy is literally light itself which can be used to blind cameras and sometimes enemies. You get each energy type from its respective source which is usually the same each time. Green from the force fields, red from the heaters, light from the light sources, and purple from nuclear waste and you have to fill your Photon Gun completely to use it.

Very similar to the Valve games previously mentioned, you can interact, pick up and move some objects around to get to new areas or to solve puzzles. It’s rather limited on what you can actually interact with though, for example, you can pick up a coffee cup on a table but are unable to pick up the same cup on the counter in the same room. Objects you pick up automatically default to facing a certain direction as well which can get irritating for some of the puzzles where you have to place an object a particular way. 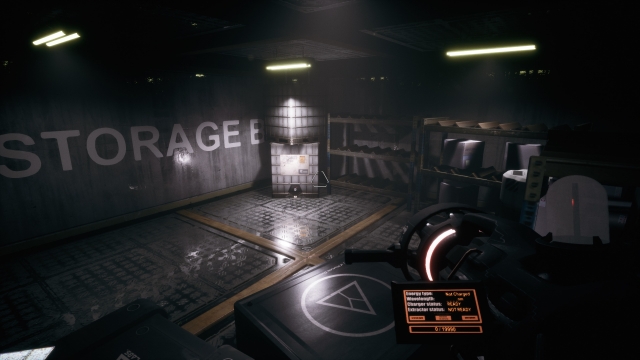 Using the Photon Gun and all the energy types together in the puzzles is actually an enjoyable mechanic though because it can lead to some serious head-scratching moments as a puzzle game should. Some puzzles have multiple ways of being solved so Interpoint doesn’t give you much direction other than the beginning dialogue lines which essentially tells you what you have to do, but not how to do it. It can lead to some frustration when stuck and you get no additional help, but it can also lead to those eureka moments that a puzzle game must provide to feel satisfying in the end. While not all the puzzles provide that, there are some great ones towards the end that show off how it cleverly uses its mechanics.

Visually, Interpoint is actually quite an impressive game to look at on epic settings on PC. There was one point I thought it had ray-tracing because the reflections of the environment looked that good, but it didn’t run the best even on a high-end graphics card. While the majority of the time Interpoint runs at a solid 60 FPS, it could drop to around 50 FPS from time to time, but the last few moments it was stuck at around 45 FPS for a good while. There is also an issue with sound design, particularly the mixing, that hindered the game’s story. Sometimes when someone is talking, they would get completely overpowered by the sounds of whatever you’re doing in-game making it impossible to hear them. These are obviously problems that can be solved before the final game releases, but they’re things that need fixing to make it a more enjoyable experience. 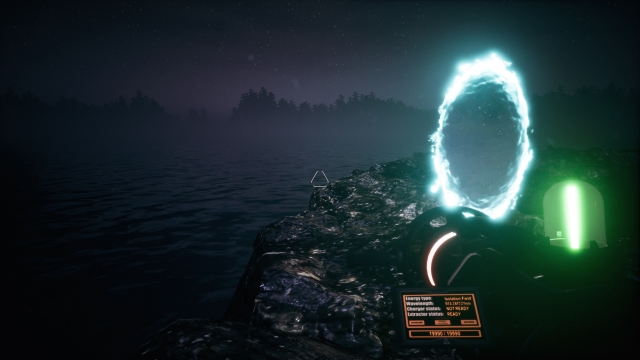 Overall, Interpoint is an interesting and intriguing first-person puzzle game that is striking to look at, and while it’s definitely inspired by Portal and Half-Life, it’s doing something interesting with that inspiration rather than just copying it. It has definitely piqued my interest with its clever puzzles and mysterious story and I hope that it can stick the landing whenever the last three chapters release.

INTERPOINT - Update 1.5 Years in the Making Receives a Release Date