Action Squads Studios have been developing a new tactical combat game, Iron Danger. When playing this, I am reminded of what would happen if three other games, Prince of Persia, Divinity: Original Sin, and XCOM merged together. Combining freezing and rewinding time with tactical gameplay, Iron Danger gives a new style of playing videogames. 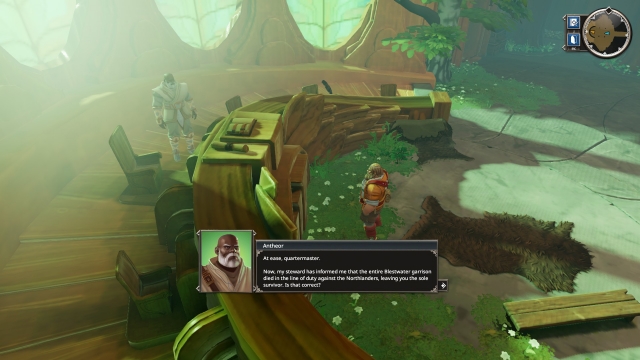 The main characters are Kipuna, a young village girl who survived an attack on her village and Topi, the quartermaster of the village and now protector of Kipuna. Kipuna is able to use magic such as shooting fireballs and through her, I am able to rewind time or move time slowly. Topi is a fighter who is quite powerful and has abilities such as charging at the enemies or provoking them.

At the end of each level or mission, I am able to select an upgrade for each character to either increase damage or get a new ability. Kipuna gets more magical upgrades whereas Topi is able to receive more physical upgrades. In the beginning, only Topi has the chance to upgrade his abilities since Kipuna has to learn magic from a mentor later on. 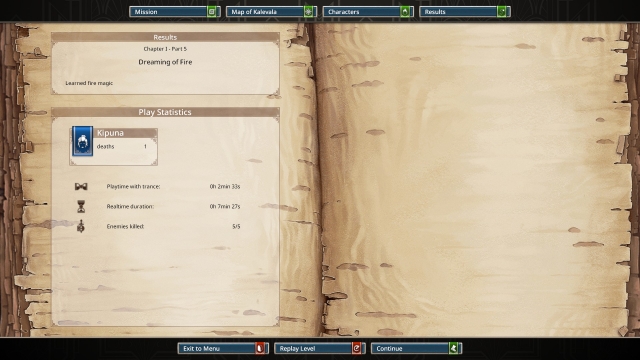 Combat in Iron Danger is very interesting as it combines the ability to reverse time with tactical combat. I am able to reverse time for 14 heartbeats where each heartbeat is about 0.5 seconds. The time reversal is definitely an interesting addition as it makes combat more exciting to see if I could go through the entire level without having any of my characters losing any health. If Topi or Kipuna gets hit by an attack or if they miss an attack, I can reverse time to change my tactics so that they can avoid the hit or land the attack. One thing the developers mentioned when they gave the preview was that I could hold down the SHIFT-key while giving a command to the character. This way the time will not start running when the command is placed on the timeline, allowing me to give commands to both characters simultaneously without need to rewind in between. Action Squads Studios also told me that holding down the CTRL-key will allow me to give movement commands to both characters and outside of trance allows me to give movement commands to only one character. Sadly, these hints and advice were not given in the game itself. Hopefully these will be added into the game before Iron Danger officially releases. 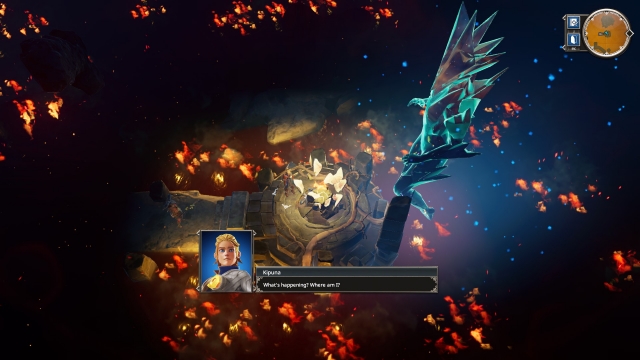 The story itself in Iron Danger is pretty engaging if a bit cliche. Kipuna’s and Topi’s village is attacked by the enemy so they have to report to the capital. Along the way, Kipuna gets injured but doing so allows her to learn magic. Topi makes it his mission to keep Kipuna safe throughout the journey. I found the voice acting of the characters to be really good and enjoyable to listen to. The soundtrack is also very pleasing to listen to. At the end of each level, a progress report is given to show how many times each character could have “died” or how much damage they had taken.

Overall, Iron Danger has the potential to be a very fun game to play. However, there are a few issues with it. I did find the controls to be a bit clunky and it feels to be a drawback to not be able to move the in-game camera around the map. Instead, I am stuck in on the screens where my characters are at. I would not be able to move the camera too far away to see where some enemies are potentially located. The graphics in Iron Danger also feel a bit dated and similar to what I would have seen back in the early 2000s. It does look similar to what I have seen on Torchlight or Fable. There are also some glitches where if I saved at the wrong point, I would not be able to progress the game. There was also one time when I did not save the game and after completing the level, the entire game reset itself and I lost all progress in that level. Still, if these glitches and control awkwardness are addressed and fixed, I can see Iron Danger being a very enjoyable game where players will compete to see who can complete each level fastest and with the least amount of damage.