The internet loves cats. I mean, why wouldn’t it? The furry little house-goblins can be as adorable as they are aloof, and they make a noise that’s been proved by science to calm us down. I too love cats for the same reason. Being an LGBT+ retro gamer, it goes without saying that I also love rainbows and Space Harrier. But what if there was some way I could combine these three loves? Now, thanks to Asobi.tech’s MaoMao Castle, I can!

This charming little arcade game is a family-friendly take on Sega’s classic which plays out pretty much like a cross between the aforementioned shooter and the Nyan Cat meme from a few years ago. Our feline protagonist doesn’t have to shoot anything though, instead this furry flying friend has to fly through levels collecting rainbows and avoiding obstacles.

With touchscreen and controller options to be added later, there are two ways of controlling MaoMao Castle at the moment. As the game is only available for PC and Mac right now, the mouse is the most likely choice, but the motion-sensing LEAPmotion controller is another option. This theremin-style controller reacts to the motion of your hand in an analogue fashion, allowing a rather intuitive and accessible way of controlling it. The controllers are a little on the pricey side so I’ve only played it this way at gaming events, but if you already have one or you’re at an event where the title is being shown off, I thoroughly recommend giving it a try in this mode as it’s really good fun. 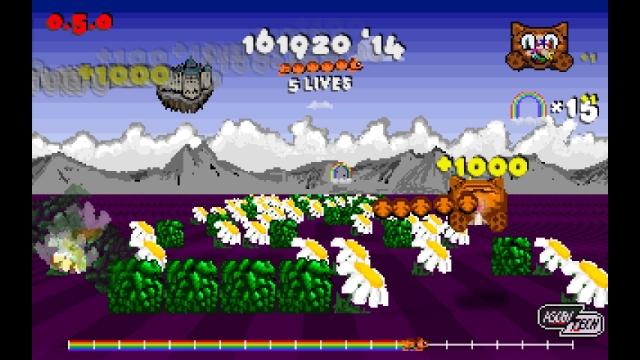 That’s not to say that it isn’t fun with a mouse too, it controls naturally and works just as well as you’d expect with smooth and responsive movement. This is just as well because it’s a fast-moving game. There aren’t any difficulty levels at the moment so the game needs a reasonable amount of quick-reactions, but it’s relatively short so the nine lives that you have (naturally) should still be enough to get you through to the end of this preview version even if you do faceplant a few Easter Island statues along the way.

This is definitely a title that has the olden days of gaming in its DNA. Not only does it take cues from a game of the era, it has an aesthetic that gamers of that era will recognise. Chunky pixel art in bright colours is the order of the day here, with an art style that is reminiscent of some of Japan’s cutest titles from the 8-bit and 16-bit era. There’s even a three letter high-score table like the arcade machines of the ‘80s and ‘90s, giving you plenty of reasons to keep playing the 20 included levels. The final version will feature more levels (including boss levels), skins for your MaoMao that can be unlocked, and online high-scores to allow competition with your friends. 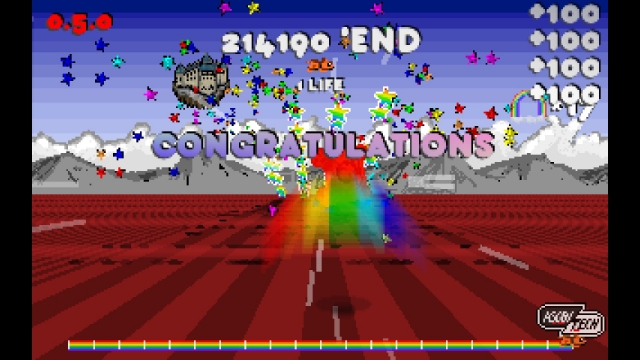 The sound design is noteworthy as well (pun certainly intended), with a jaunty tune playing as you go. It’s evocative of the chiptune music in the arcade titles that MaoMao Castle is inspired by, and complemented by satisfying aural feedback in the sound effects. The main menu features a sample of what I assume is a really purring cat, and this reacts to your cursor going over your MaoMao’s face too, which I thought was a lovely touch. This menu confused the hell out of my actual real-life cat, who couldn’t work out why my computer was purring, so if you have an actual house-panther, let me know in the comments if they got as confused as ours!

Available exclusively on Itch.io at the moment on a “free, but donations welcome” basis, MaoMao Castle should be seeing a full release on the 31st of May for PC and Mac, as well as Android and iOS mobile phones. 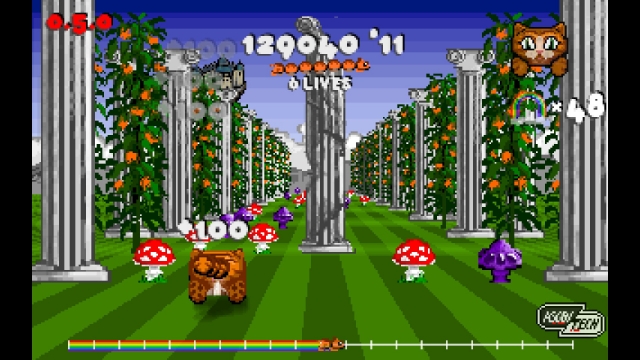 Lovely blog for a fantastic game! Looking forward to the full version!

Me too. It's genuinely one of the most wholesome games that I've played in a long time!