I should begin this preview by saying that I’m the biggest scaredy-cat that I, and many people around me, know. So naturally, they would want (more-so force) me to play the newest horror game to take over Twitch: Phasmophobia. Since my friends needed one more and it was around Halloween, I thought I’d get into the spirit and take one for the team, but what a mistake that was because this game is absolutely terrifying!

Phasmophobia is a 4-player online co-op game (created by one person!) where you essentially play a ghost hunter. Your goal is to enter the haunted area with your friends, ghost hunting equipment and a whole lot of courage to find out what horrific creature is haunting the premises by collecting up to three pieces of evidence using said equipment. As you load up the game for the first time you can do the optional tutorial or jump right into the action with your friends, but the tutorial can help a lot especially for those who know nothing about ghost hunting. You have a journal that has information on almost all of the equipment as well as the various ghosts that could be haunting the area. But if you’ve ever watched any show/movie about ghost hunters, you’ll probably recognise many of the equipment available to you in Phasmophobia from the get-go. 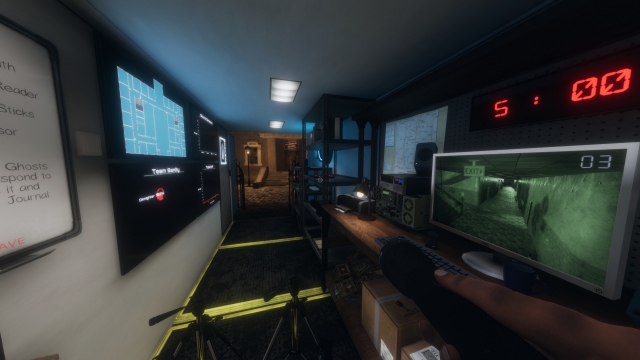 First, there’s the EMF reader used to measure electromagnetic fields from a range of one to five and makes a horrifying sound as it goes off to indicate the ghost is present. The thermometer is used to measure if there is a drastic drop in temperature to tell you which room in particular has the most paranormal activity which is the first thing you must do. There is a book you can place in the room with the most activity to see if the ghost will write in it, as well as salt that can be placed on the floor to see if it will leave a footprint. You have multiple cameras including a photo camera to take a picture of the ghost, a video camera to look for spirit orbs and a head-mounted camera. The crucifix will protect you from the ghost if it begins to get angry as long as it is in the room being haunted or in your grasp. Lastly, you have the dreadful spirit box that allows you to speak to the ghost directly which is always the most terrifying thing you will do in this game.

Depending on the map you choose, you will be limited to how many types of equipment that can be taken to the investigation, but you can only hold three items at a time. There are only seven areas to investigate ranging from small, medium and large maps, but there are only one medium and one large at the time of writing this with more rumoured to be on the way. The five small maps are essentially just variations of houses/farmhouses while the medium one is an entire high school and the large is an asylum. Regardless of the size, all are undeniably eerie. 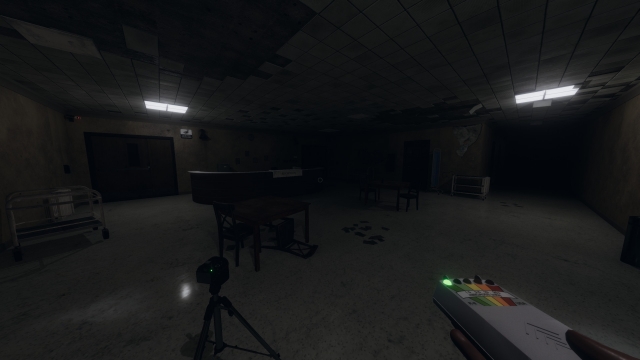 Once you choose the map, add your equipment and ready up, it’s time to start hunting some ghosts. You will start each area inside your ghost hunting truck that contains: all the equipment you brought, a map of the area, a ghost activity indicator, your objectives, a computer to check the cameras and a screen to measure each player's sanity level. Your sanity will drop the longer you’re inside the haunted area or if you experience paranormal events. The lower your sanity is, the more likely the ghost will attack and possibly kill you. The ghost activity indicator is essentially a line graph from zero to ten that will increase depending on if the ghost is doing something in the area. It’s usually a good idea to have someone stay in the truck and monitor others sanity and activity levels so you can warn them when the ghost is about to attack. I always volunteered for this job since it meant I was not confronting the ghost in any way, or at least I thought as much.

Phasmophobia contains a rather unique form of communication between you, your friends and even the ghost. Using the game chat, you can talk locally with your friends and hear them based on where they are on the map. If they happen to be too far and you aren’t able to hear them anymore, you can use the walkie talkie to communicate globally to all players, but if a player dies you can no longer talk to them until the investigation is over. You might not want to talk too much though because there is someone else that can hear you: the ghost. 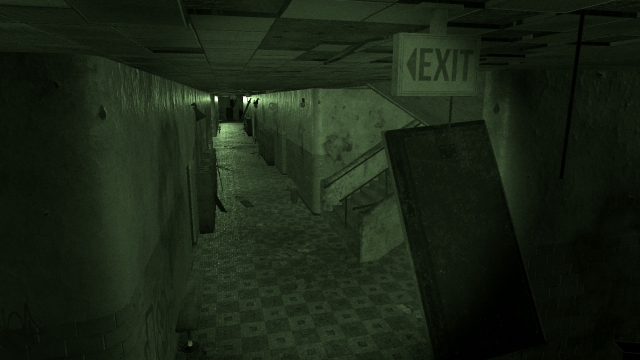 Yes, as unnerving as it is, the ghost is listening to you at all times and really the only way to provoke it and find evidence is to talk to it and ask it questions. Before you enter the haunted area, you can look at your objectives and see a bit of background information on the ghost but you’re mainly looking for its name and if it likes to be with a group of people or alone. Once you have that information, you can begin to call out its name and ask questions or to do something such as: give you a sign, turn on/off the lights, open a door, talk to you via spirit box or to show itself. The ghost usually responds with one word answers like “attack”, “die”, “here” and more. It’s definitely the most unique feature of Phasmophobia, but also the utmost terrifying as well. Hearing a ghost breathe into your ear or having it respond to you on the spirit box saying “kill” is truly one of the most spine-chilling moments I’ve ever experienced in the videogame. But it’s all made worse in VR.

Again, as unnerving as it is, you can play Phasmophobia entirely in VR and it can be played with others who don’t own VR. While Phasmophobia is still a frightening time in non-VR, it feels as though it was geared towards VR from the very beginning. You have way more control while using your equipment with the ability to point them in any direction which is a huge help for things like flashlights, EMF readers and thermometers for immersion. VR also heightens the unsettling nature of Phasmophobia by tenfold and is without a doubt the scariest game I’ve ever played in VR. If you live with other people, you might want to warn them before they think you're being murdered as you scream in absolute terror when a ghost pops up directly in front of you. 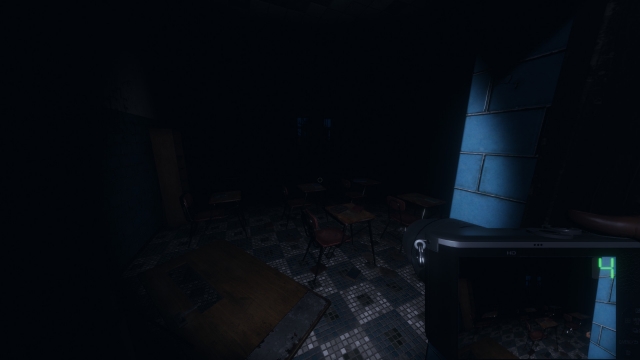 Once you find all your evidence and decide you know what the ghost is, you can either complete the optional objectives or close the truck door and finish the investigation. Optional objectives will usually require you to use specific equipment to help you with your investigation. Finishing investigations rewards you with money, and depending on how many objectives you complete and if you got the ghost correctly, you will get additional money. Money is simply used to buy equipment because if you die during an investigation, you lose all the equipment you brought in which can be pricey for the larger areas. You also gain experience to level up and are then able to purchase more equipment and can take on harder investigations.

While it’s definitely more of a multiplayer-focused experience, Phasmophobia can be played solo and it is substantially more terrifying as it’s only you and the ghost. Solo players can really only hunt on the smaller maps because you simply wouldn’t have enough sanity to explore the medium and large maps on your own. It would also be considerably more challenging due to the fact that you would need to find all the evidence on your own, and since you can only hold three items at a time, you’ll be going back and forth a lot. 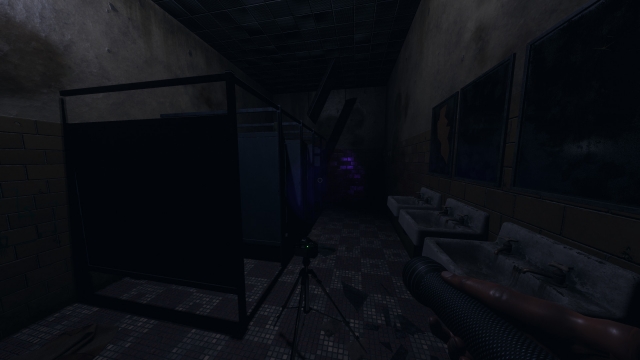 Visually, Phasmophobia doesn’t look particularly great, but it's important to remember that this was created by one person, and with that in mind, it's rather impressive especially considering it has VR. In all honesty, it looks good in VR as I’ve played some VR games that look as good if not worse than this with a full team behind it. Almost everything works as it should the majority of the time as well, but there are a few bugs/glitches here and there that I’m sure will be fixed as development continues.

Overall, Phasmophobia is worth the hype and it’s easy to see why this game blew up as quickly as it did. It’s undoubtedly one of the scariest games I’ve ever played and it shows a lot of promise for a game made by one person. I’m certainly interested to see how it evolves, grows and changes to make it a better experience for everyone since I’ll probably be forced to play it again whether I like it or not.