Sakuna: Of Rice and Ruin Preview 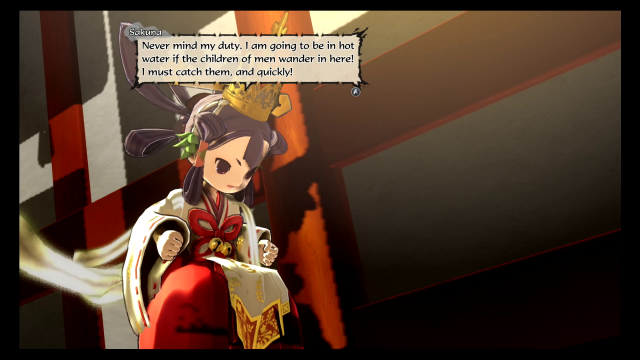 We start the game off, with Sakuna, a very spoiled girl who is a harvest goddess. She is obviously very spoiled and used to getting her way, so when she screws up and complains she is sent to a dangerous island, inhabited by demons. She has to discover how her parents, a harvest maiden and a warrior god survived and fended for themselves. Sakuna has to weather the elements, fight off demons, and cultivate rice, which ends up being the source of her power. Accompanying her is Tama, her guardian and a group of outcast humans. By exploring the island, collecting resources, fighting off demons and farming, you have a chance of surviving. This isn’t just your basic Animal Crossing type of farming, this is incredibly involved and labour intensive. You don’t only plant the rice, but first you have to till the dirt, make fertiliser, plant the rice, constantly keep adjusting the amount of water on the field, pull out any weeds, harvest the rice, hang it to dry then finally you can thresh the rice (which is removing the rice from the stock). You aren’t done here, you then hull the rice with a mortar and pestle to make brown or white rice. This sounds like a lot of work, and it is, but don’t let that scare you off. It is a lot of fun! It’s very rewarding when you see your crop growing, and you finally get to eat it. While farming Sakuna will not only have a source of food, but will learn new battle skills to make her stronger. Before this game I never realised how much work went into growing rice but I now have a great appreciation for anyone who grows crops, especially by hand! 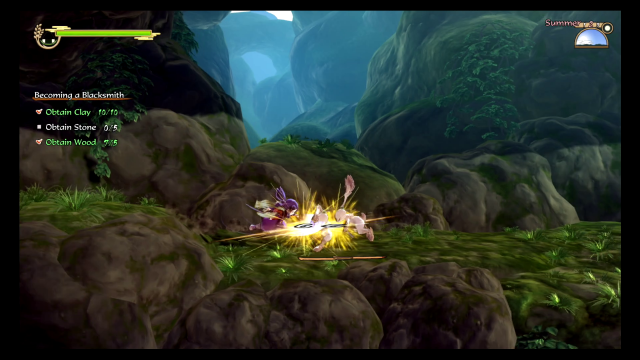 The game looks beautiful, it has an almost painterly appearance, reminding me of Muramasa: The Demon Blade that was on the Nintendo Wii a few years back. Traditional Japanese music fills the levels with a soundtrack that feels like a great pairing with the look and feel of the game. When Sakuna is fighting the animations look great, especially with her special raiment ability that allows you to grapple platforms and monsters that are in the levels. As you grow your skills at farming you will get new abilities for fighting. Then as you explore the world you will find scrolls that will make you stronger.

I have over 10 hours of playtime into Sakuna: Of Rice and Ruin, and I can not wait to play more. I look forward to all the new things I have yet to discover, and to see how my second crop of rice does with my homemade fertiliser mix. I sure hope I tilled the ground enough for the rice seeds to take root…

Sakuna: Of Rice and Ruin Sells Half a Million Copies

Sakuna: Of Rice and Ruin Preview 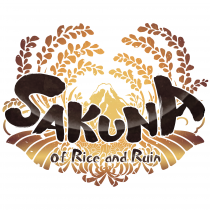 Sakuna: Of Rice and Ruin