While the Shady Knight demo can only take under an hour to beat, it gives a great glimpse of the engaging and fast-paced gameplay that this first-person action-platformer offers. From that short time, it comes off as a speed-runner’s dream since the goal for each level is to beat it as fast as possible while also stylishly taking out opponents for high-score purposes. Everything can be used as a weapon and it's up to you on how you want to utilise your environment.

Shady Knight kicks off with no real story, just some written dialogue before each level that will probably mean something more when the full game is released, but for now, it’s nothing to really follow or pay attention to. The tutorial is short because the controls are rather simple with normal first-person movement along with a slide, a kick and the ability to hold onto items and objects which is important for the platforming aspect. 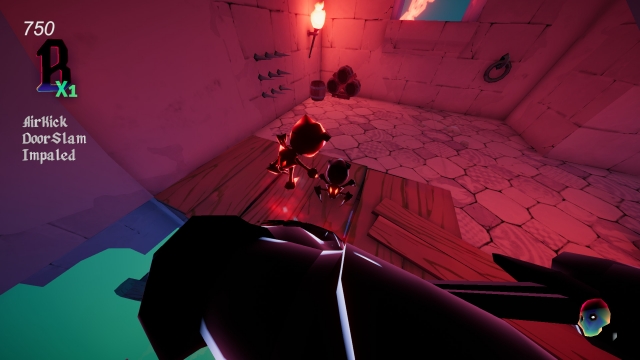 Once you finish the tutorial, there are only three levels available to you along with two arena levels which are essentially just combat sections. The levels themselves are all uniquely designed towers that require you to climb up to the top and collect the red orb to complete it while fighting enemies along the way. The platforming entails jumping, sliding and even swinging around these towers to make it to the top and it all feels great, especially the swinging surprisingly. In the beginning, you only have your kick so you’ll mainly be kicking enemies off the tower, into spikes or hurling a barrel at them until they perish, but once you proceed further, weapons come into play.

Currently, Shady Knight gives you two weapons: a sword and a bow, but you can only wield one at a time. Sword combat is a little more than just swinging your sword around, there is a parry that you must utilise to make it out alive or you’ll find yourself dying a lot but respawns take no time at all. The bow is simple to use as well and feels pretty good, despite having a shorter time to mess around with it, but for some reason, the reticle was defaulted to off in settings which made aiming the bow much harder than it should have been. Both weapons allow you to dash towards them with Left Shift which you can use to get out of a tight situation or to get to a place that might be out of reach with just your jump. It’s an awesome mechanic that adds a lot to the fast-paced nature of the game. 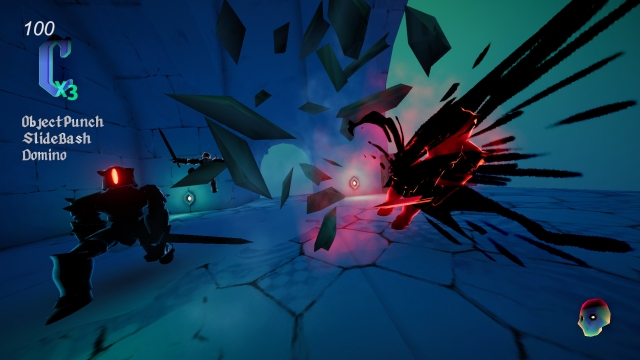 Everything you do in Shady Knight goes towards your final score which can be seen at all times in the top-left corner. It’s a letter-based grade centered on how quickly you make it to the top of the towers while racking up those style points. Meanwhile, the arena levels are based on how quickly you can take out the enemies presented to you. It gives high replayability for all the levels and I think a leaderboard option here would do the game wonders for speed-runners and competitive players overall.

Visually, Shady Knight isn’t a striking game, but its unique visual style works well for its fast and fluid gameplay while running at a flawless 60FPS. Shady Knight does have a great soundtrack so far as well that hopefully gets more expansive as the full game gets released. Sound design is also well-done with impactful sword swings and good parry time queues. The UI currently feels quite barebones with a completely different vibe from what the overall game plays like, but hopefully, that’s something that will change. 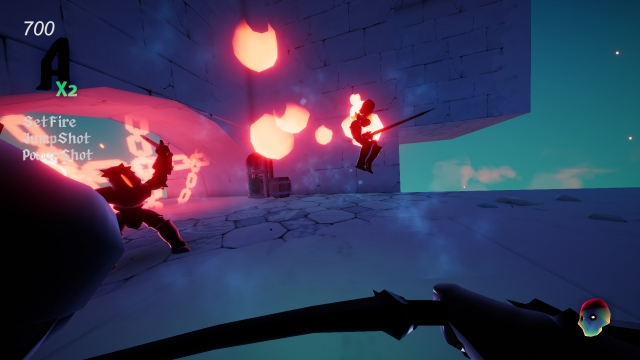 Overall, Shady Knight sets a great foundation for an exciting, fast-paced, action-platformer that normal players will enjoy, but speed-runners will love. There are a few changes that need to happen to make it an excellent experience in the end, but developer Alexey ‘cptnsigh’ is already on the right path.