The problem with a lot of games based on sci-fi properties is that you don’t get to wander around the ship. Sure, now and then you’ll get access to a couple of decks - but you’re limited to bits and pieces. Well, Messy Deck Interactive aims to change that, by reconstructing every single deck and all of the rooms therein, and giving you full access. And let me say wow. 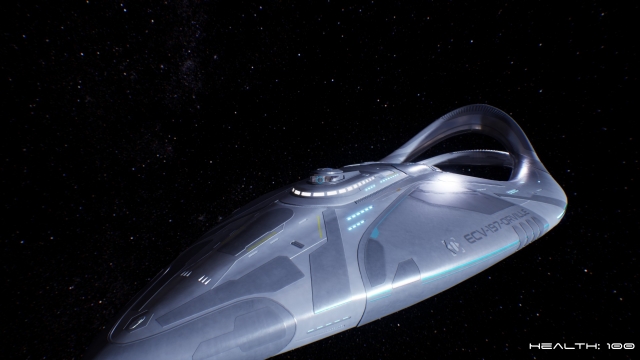 Look at this - just look

Welcome to The Orville - both figuratively and literally. Based on the titular ship in Seth McFarlane’s science fiction show, renewed for a third season, this fan experience is unofficial and free on Steam. It has been out for a few weeks, and has had nine patches as of me writing this, allowing you to explore quite a bit of the Planetary Union’s ship. Even the Environmental Simulator! Unfortunately, that’s not yet working, so you can’t (yet) visit the Moclan Cove of Pleasure.

Rather than say what you can’t do, here’s what you can: explore alone or with friends, and pilot the ship. No, that doesn’t sound like an awful lot, but as I mentioned this is still very early days. You can visit sick bay, engineering, the mess hall, the bridge and a couple of crew quarters, as well as the shuttle bay. To prove how detailed this game is, there’s even the infamous pee corner. 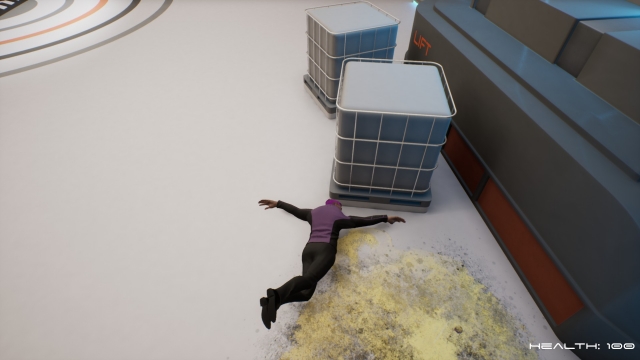 You can easily switch between first and third person

While you wander around the ship you can activate the synthesisers to create a handful of objects (not including cigarettes), pick up a couple of weapons and fire them (aiming is admittedly awful at the moment), move some things around (such as Mercer’s Kermit), and fiddle with some bridge controls. I can recommend Party Mode.

The flight controls can be either Newtonian (follow the laws of physics) or with Flight Assist. The first requires you to slow down with equal force to which you sped up, the second means you have to keep hold of the button to keep moving that direction. There are currently four locations to choose from: Union Dockyard which puts you orbiting Earth, The Void aka space, Sol so that you’re close to our local star, and Asteroid Field for you flyboys and flygirls to practice how well you can pilot a ship! It’s a small asteroid field that I’m hoping will get bigger. 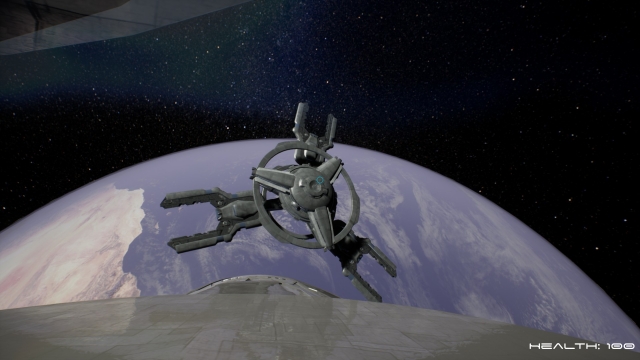 The environments (and ship itself) look amazing. Except The Void, as it’s just black space with stars… But looking out of the mess hall windows to see the dockyard and Earth is actually fantastic.

You can also go multiplayer in The Orville, which lets you text and voice chat to people. There isn’t really much to do yet other than shoot one another or roleplay, but there is more coming. Once the ship can activate the Quantum Drive and go to other places, there will probably be enemies to shoot, for instance. 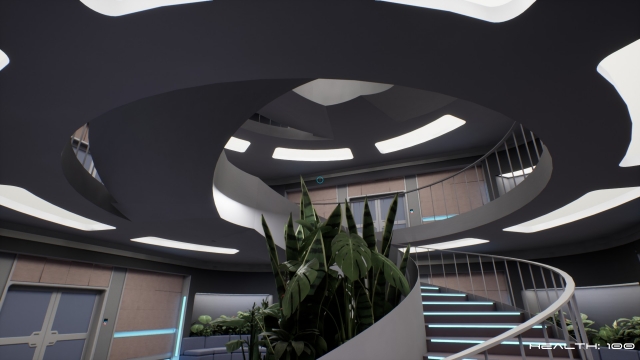 There's a big ol' staircase right up and down the ship

As part of the multiplayer, when you start up the game you can choose what your character looks like. There are only a few options at the moment, but it allowed me to kit out a bloke all in purple to represent the Third Street Saints, because that’s my character customisation move.

I’m definitely looking forward to seeing how this develops over time, and priced at free you should definitely check it out too. It’s a fantastic recreation of the Orville, so well worth a look. Just ignore the wonky physics.

I need to update this as they have now included cigarettes in the beta branch.