The Tale of Bistun Preview

I can hardly imagine something worse than not being able to remember one's own name, and that is precisely how our protagonist in The Tale of Bistun is introduced to the world.

Recently, I picked up the demo for The Tale of Bistun, a narrative adventure in which players take control of Farhad, a man that has lost all recollection of his memories — this includes his very name. Stranded in an unknown land by a pomegranate tree (you didn't read that wrong) named All-Seeds (yes, like the All-Father from Norse mythology, but for trees), Farhad undertakes the task of figuring out his past. 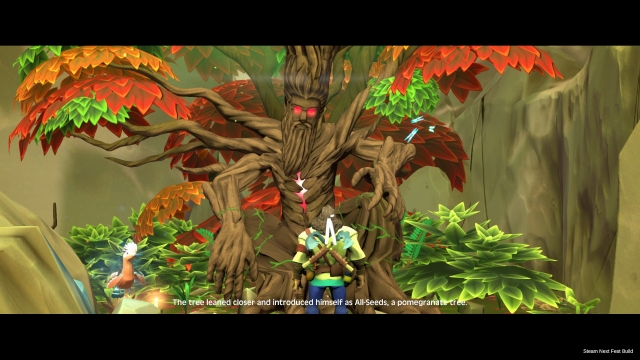 This tale might sound familiar to those that have read the ancient romantic Persian poem Khosrow and Shirin. For those that haven't even heard of it (like me), the narrative so far — in the very short experience I had with the game — is clear and concise, even for someone that doesn't know anything about the ancient poem. In fact, not understanding anything causes an interconnection between the player and Farhad, as both members are equally confused about the nature of this world. Perhaps us more than Farhad, considering he seems nonchalant about the talking tree (that speaks anything outside of Groot) or the fact that he's breaking apart the side of a mountain, but I digress.

Since The Tale of Bistun is inspired by the poem Khosrow and Shirin, it has beautiful narration as you traverse the world. The omniscient narrator tells the player of the way Farhad is feeling and about numerous aspects of the world, and works as a great way to inform us of things that we wouldn't otherwise be privy to. I thoroughly enjoyed the sound design in the game, but more so the narration, including the silly yet funny voice-overs that the narrator does for some of the characters. Although I really enjoyed my brief time with The Tale of Bistun, the narration was certainly a highlight. 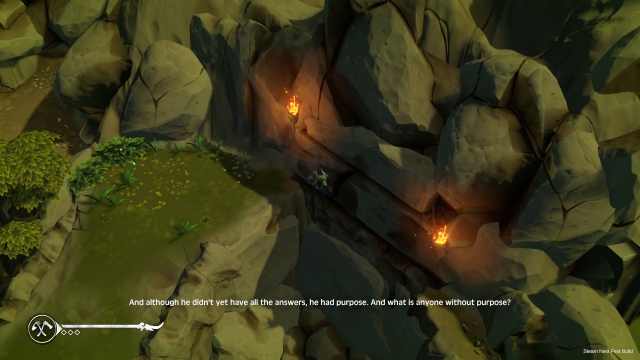 Throughout my short time with the game's demo, I only got to experience a handful of combat scenarios and even fewer levels to explore through. The Tale of Bistun is filled with dialogue and lovely cinematics that depict Farhad slowly remembering his past and growing motivated by it, and this takes part throughout most of the gameplay. Aside from that, you venture out onto worlds through a qanat gate that leads you into a linear overworld area where you will have to fight a blight that is affecting All-Seeds' kin; in return, he vows to help. As such, you will embark out into the world, find crystals that contain enemies named ghoulches (they're goblins and I will not be convinced otherwise!), and make quick work of them to free the trees. Scattered throughout the level are numerous collectibles, such as carvings that Farhad wished to do from his memories and stone tablets that help you better understand the lore. These aren't hidden in nooks and crannies but are often displayed readily in the world, as they are concealed within breakable vases. These stone tablets include a brief description of the world (often furthering our understanding of the lore as well) from the point of view of a previous inhabitant of Mount Bistun. This helps create a bit of a side story to follow and invest yourself outside of the main one.

Combat is very simple, and I often opted to wake up all of the enemies at once so that I could fight swarms of them instead of battling individually; enemies are staggered easily, attack slowly, and don't seem to have much more of a brain outside of "attack this". Although the... (ugh) ghoulches didn't have a lot of mind to them, the paries (long-range harpy-like creatures) did try to flee whenever I got into melee range with them, but aside from that, they also didn't seem to have much more depth to their AI. This isn't a big quarrel of mine, as I enjoy the narrative focus of The Tale of Bistun, but I do wish that the enemies were a bit more complex; here's hoping that the whole game has a wider variety of enemies with increasing levels of difficulty. 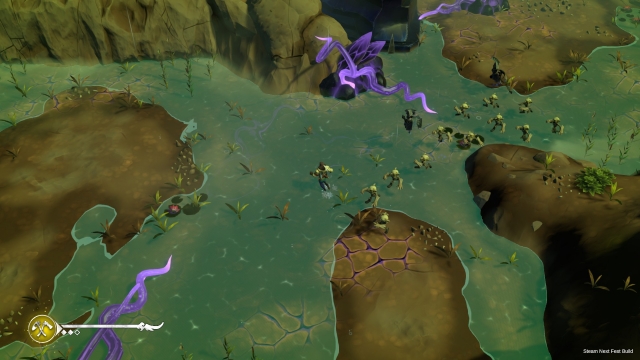 Overall, my time with The Tale of Bistun was fun; I thoroughly enjoyed the narration and visuals, and although the combat left me a bit wanting, I chalked that up to having only witnessed the first two levels, and I am expecting foes to only grow stronger as I delve deeper into the story. I can't wait for the game to release on the 13th of July to see where the story of Farhad and All-Seeds takes us! That said, do keep in mind that The Tale of Bistun is holding exclusive pre-orders over on Fanatical, and it even includes a 20% discount! You can give the game a shot with that nice discount by heading to Fanatical here.

The Tale of Bistun Preview