First appearances can prove deceptive, if you think Zombasite looks like a regular action RPG in the vein of Diablo or Path of Exile, but with a zombie apocalypse skin, then you would be doing the game a disservice: it’s a fair bit more complicated than that. 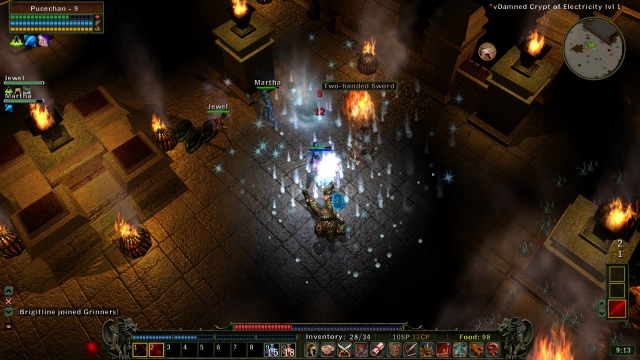 You see, Zombasite, like a lot of Soldak Entertainment’s titles, has a lot more wrapped around the basic gameplay than you’d perhaps expect. In this case you play the leader of a clan trying to survive a zombie outbreak caused by overzealous dark elves playing god. This leadership aspect is perhaps more important than the killing of all the things. Although you certainly get to do a lot of that too!

Zombasite brings a lot of elements from traditional strategy titles like Civilization for example. You aren't the only clan trying to survive and diplomacy with others in the guise of trading and forming peace treaties is an important part of play. 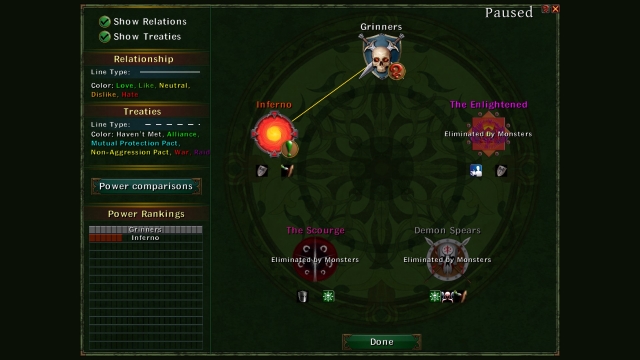 So how does this all work in practice. Zombasite doesn't have a linear “Go from A to B, kill a Boss, Roll Credits” structure at all, instead taking another leaf out of strategy games and setting up a procedurally generated world (or area as the game calls them) for you to kill in and places the various enemy clans throughout the game world.

Your clan growth and behaviour in the world contribute to your potential victory over the area with 4 possible win conditions. Make friends with the other clans for a diplomatic victory, wipe them all out for a military win, gather a huge cache of food supplies for a logistical win or for an adventurers victory you can complete all the optional quests in an area. 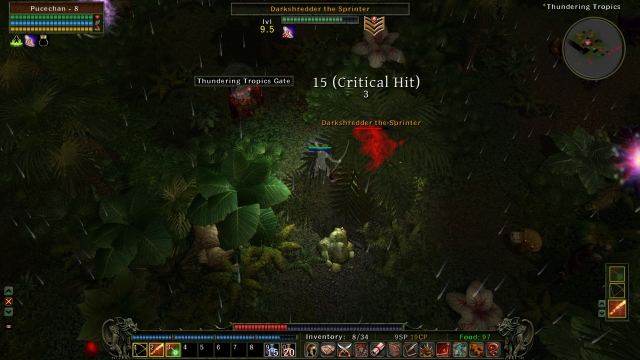 You grow your clan and starting village in a few ways. As you progress across the land and into dungeons smashing enemies into pulp you come across other characters you can recruit, choosing either to have them fight with you or sending them back to your village where they’ll attempt to be useful. Each member of the clan has their own gear and stats to worry about and can like or dislike other members leading to folk getting together or constantly fighting.

You can also upgrade your village defences by upgrading the gates and quality of guards through items you find whilst out killing things, this along with upgrading your clan members gear and ensuring you all have enough food to survive means there is a lot to think about at all times.

Ah yes, food! You can find food yourself whilst out and about but you can also form your fellow clan members into hunting parties to find food or other materials. But doing so leaves fewer people in your village to defend it should it come under attack (and it will!) 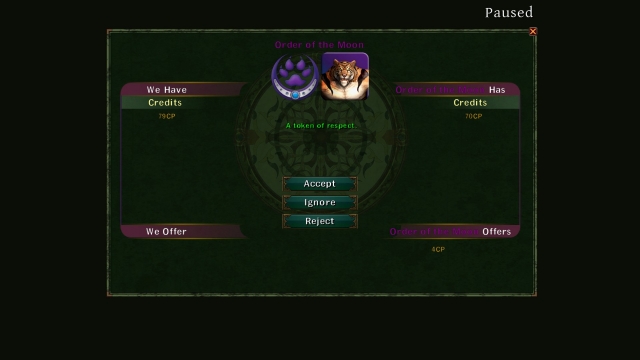 And whilst you are thinking about all this, the other clans are plotting and forming alliances and planning your downfall. Oh and did I mention the ever growing threat of being overrun by zombies?

At the bottom of the screen is a zombie threat bar, which grows over time as all clans do things, the higher the bar fills the more likely a zombie attack.

All these layers are on top of a perfectly serviceable Diablo-style action RPG, you take quests from your village bulletin board that are generated by events happening in the world and can even take quests from clans you are friendly with. Completing these affects your relationships with the other factions as well as gaining you experience and possibly reducing the chances of zombie attacks.

These quests range from your standard ‘kill 10 dark elves for their hands’ to ‘go to X dungeon and escort a character to a specific place’ style affairs that are a bit more involved. 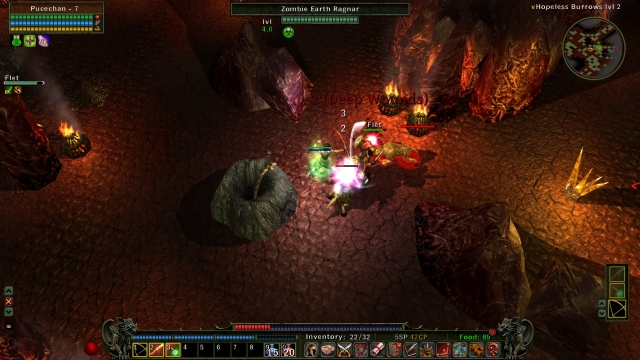 Once you win an area, you can move onto a fresh one keeping all your clan progress whilst the game constantly challenges you with harder enemies. Essentially meaning you can play your character forever if you wish to.

Your character themselves can be one of several fairly standard classes, Warrior, Rogue, Priest, Wizard, Ranger, Conjurer, Demon Hunter or Death Knight; each with three specialties. There is also a hybrid class option that lets you combine any two specialties from the other classes giving you a vast array of playstyles. So you could take the trap-heavy Hunter specialty of the Ranger class and mix it with the Necromancy specialty of the Conjurer class if you wanted a more defensive, pet-heavy playstyle.

You also have a lot of options when you start a game, from the usual Hardcore no death mode through to toggles that influence item drop rates, overall difficulty and whether you can recruit other characters or not.

The game isn’t perfect by any means, graphically it is purely functional although some of the enemy designs are interesting. It also does a pretty poor job of explaining a lot of the mechanics, particularly with regard to your clans stats. Your recruits happiness stat is really important and their traits generally influence this but the first sign you really get that something is wrong is when Fran suddenly loses it and goes on a rampage killing everyone in your village. A lot of these quirks can be figured out with some trial and error and experimentation in the various information screens but it’d be nice if the game explained these concepts better.

Zombasite is in Early Access but there is a lot of meat here if you can wrap your head around all of the systems in play. It often feels like you are spinning lots of plates at once and any one of them can come crashing down at any moment causing you to re-evaluate everything you are doing.

It is certainly a unique take on the genre and is definitely worth keeping an eye on if you are looking for something a little different in an action RPG.