A Robot Named Fight is a game that is very similar to classic games like the old 2D Metroid games. The game has you running from room to room, collecting ability and weapons as you go. It also has a lot of secret entrances, and a lot of bosses to kill. It’s kind of like Metroid and The Binding Of Isaac had a baby and this game is that baby. 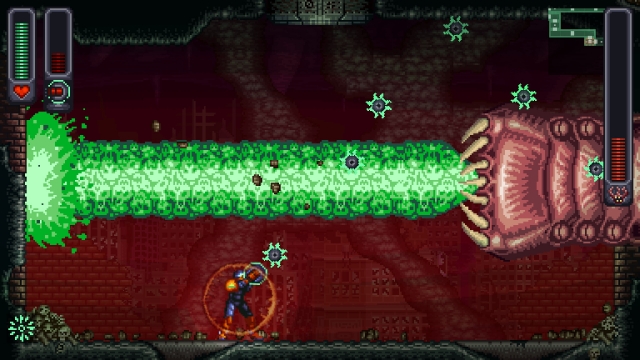 The story in this title is basically non existent as the only real story is the starting cutscene which doesn’t offer much as far as narrative goes. The gist that I got is that the robots overtook earth and then moved up into space and now have to be aware of the giant orb known as the mega beast. The mega beast is basically the reason why all the enemies have shown up, so it’s up to the player to stop the mega beast and kill all of the enemies.

This game, like Binding Of Issac, has permadeath in the game so everytime you die you have to start over from the very beginning, but with the additions of new areas having a chance to spawn if you have seen them in the past. This means that you truly don’t know whether you here seen everything the game has to offer or not, there is both sides to you the argument on the this design choice, on the plus side there is a lot of variety and a lot of different weapons to collect and have a play with, but on the other hand you really have to grind to get back to boss battles if you die in the middle of one. 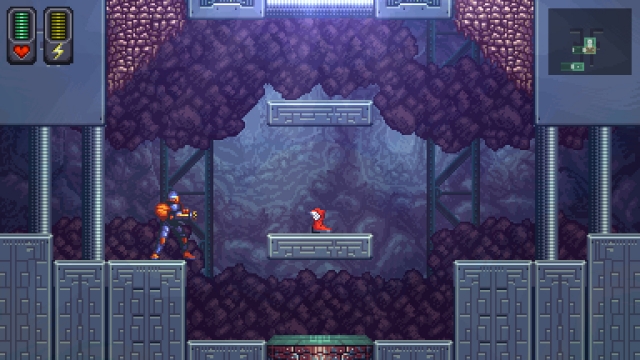 When playing this title you really have to adjust your style of play for how long you actually want to play and where you want to get to, so for example If you want to get to the end of the game you really have to be cautious in every area you get to monitoring your health regularly and taking certain precautions so you don’t die nearly instantly. If you just want to hare a quick go why out and about with your switch, the game is a lot more fun as you don’t really care whether you die and just running and gunning is a really fun and interesting way of playing the game and it’s boss fights.

A Robot Named Fight has quite a few issues for example I witnessed quite a few bugs in my many playthroughs in this game, one bug I witnessed was just plain game breaking where basically every enemy was invisible and this issue carried through multiple playthroughs, if you encounter this bug there is a fox that worked for me, all I had to do was delete the game and install it again, this fixed all of my issues.

Let’s talk about the actual main features of the Switch and it’s port, The major feature here is when playing the game you can simply lift the switch out of the dock attach the controllers and continue from where you left off, luckily when doing this the game automatically pauses. When playing in portable mode the game looks great and looks like it was actually designed to be played this way, as when playing I’m docked mode I found that the game just didn’t look good enough like the portable mode did. 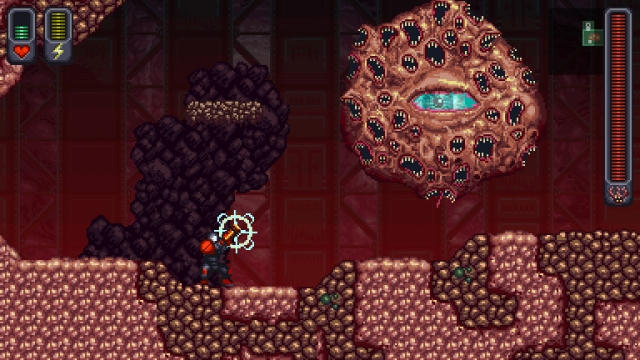 The controls are basic as was the classic Metroid games, you have a jump button and the you have an activate your abilities button, you move with your left stick and aim with the right stick. It’s a bit tricky for me atleast to aim and shoot straight down and straight up using the stick, luckily the deva have foresaw this issue and mapped the ZR button and the other side to aiming downwards or upwards.

The graphics in this title look like they have come directly out of the 16-bit gaming era, with amazing looking level design and character sprites this game shines in the graphics department.

A Robot Named Fight is a fun experience that can either be played for short bursts or huge multiple hour gaming sessions, either way this game is very fun is highly replayable.