Action Henk takes the ideas that younger me had, but couldn’t do because of restraints in both availability of toys and parental approval; taking them all the way up to eleven. Sprawling tracks with massive ramps and death-defying jumps strewn about the place, with random obstacles thrown in for good measure as you try to make your way from start to finish as Henk, or one of the band of colourful characters. 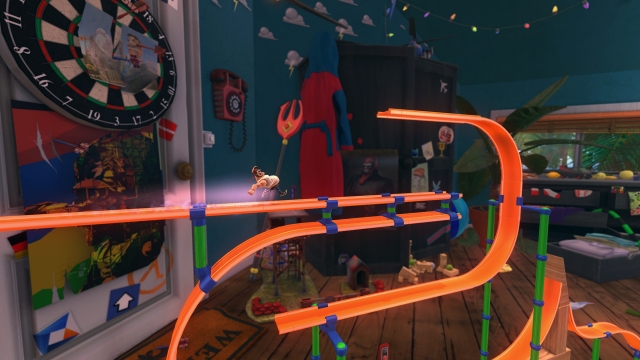 It’s a very simple premise; and with a grand total of four controls, you’d believe that it wouldn’t be that hard. But that comes down to the fiendish level design - early stages are quite a simple affair, without much in the way that you can get wrong. However, in later levels the difference between getting the perfect jump and failure can be measured in millimeters, with muscle memory being the saviour of the day on more than one occasion. At the end of a group of levels, you’re put up to a challenge against another character, who you’ll need to beat in order to progress. Beating them also opens up bonus stages, where you have to collect all of the coins on the level within a certain time limit. These proved to be the harder challenges, as you have to work out your own path that will get you finished in time.

So you run, jump, swing and butt-slide your way through the courses that for the most part look like they’re set in the dream bedroom of a ‘90s child. There’s some other scenarios, such as a beach setting and one in a disco, however, your attention is concentrated on staying at speed and making jumps so much that you don’t tend to notice the difference all that often. When you make a particularly risky leap of faith, the floor beneath you changes into lava - a trip down memory lane, without being scolded by my parents for jumping on the sofa. 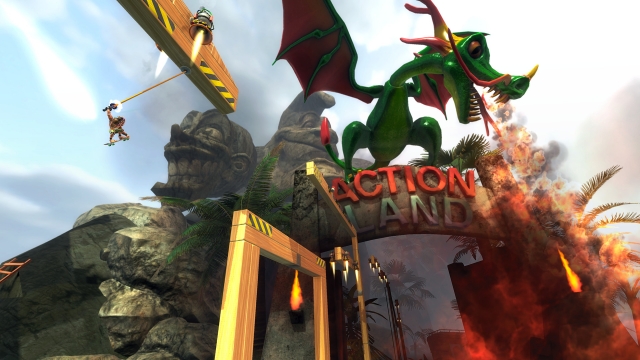 Local multiplayer adds to the fun factor, by allowing you to challenge your friends from the comfort of your couch (yes - the one saving you from the lava right now). Played with you both on the same screen, if any of the players fall too far behind, they’re eliminated from the race and have to wait until the next one to redeem their Action Henk superiority status.

Replayability is at the core of Action Henk as it relies heavily on the “just one more go” aspect. Given just how quick it is to restart a level at any time makes it all the more easy to strive for perfection. Racing against the ghosts, analysing their lines and making up any small iota of time that you can, quickly consumes what you intended to be just a quick session of the game. But sometimes - even the fastest ghosts don’t take the fastest lines, leaving you to stumble upon some great time savers by accident. 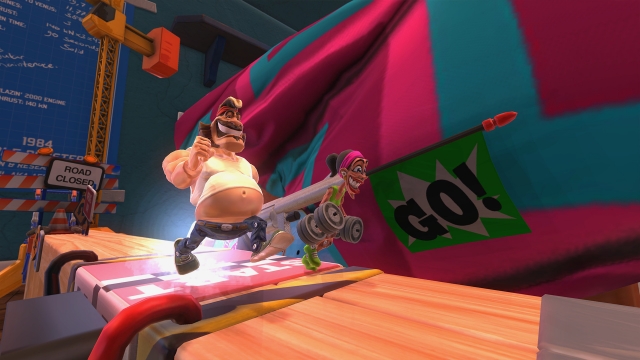 Overall, Action Henk has been filling the void in me left by Unirally on the SNES. There’s been games of similar styles, but nothing that caught my eye quite like Action Henk. I spent many hours on Unirally learning all it had to offer - and I can see the very same happening here.

Action Henk (Reviewed on Xbox One)

Action Henk is the perfect combination of easy to learn, but difficult to master gameplay with a massive helping of nostalgia in between. You can pick it up and play for 10 minutes, sure. But you’ll still want to know what’s happened with the last three hours.

Vote to Play Returns to PS Plus

I fucking loved Unirally. I was just talking with a friend the other day how it's a shame the IP is buried in a mass of red tape so we'll never see a new game and someone should make a game just like it. I'll need to get me a copy of this then.

Yeah. It's a real shame it got lawyered. I spent so many hours playing it. :(