Let me start off by saying I love exploration/survival games, I really do. There’s just something about going up against a game world in a life or death situation that puts the spark of adventure in me. From 7 Days to Die to Minecraft, there’s nothing quite like making your own way in a game. ADIOS Amigo does not do this. This game where you explore planets, look for resources, and overcome the dangers of space, does not put the spark of adventure in me. It makes me cry, because it makes me sad. Why does it make me sad? Read below!

Now, before I really get into it, how many readers out there have seen the film 2001: A Space Odyssey? Show of hands. Okay, so you know how when Dave is trapped on the ship, he asks Hal to open the pod bay doors, but Hal responds with “I’m sorry Dave, I’m afraid I can’t do that”. That single line of dialogue is what I’m working with when it comes to ADIOS Amigo. Example; “Hey ADIOS Amigo, can I have fun when playing this game?”, “I’m sorry Ethan, I’m afraid I can’t do that”. It feels like everything about this game is against you when you first start out, even after the wonderfully detailed tutorial that does a solid job at setting up the mechanics, ADIOS Amigo finds a way to throw you into some annoying situations. 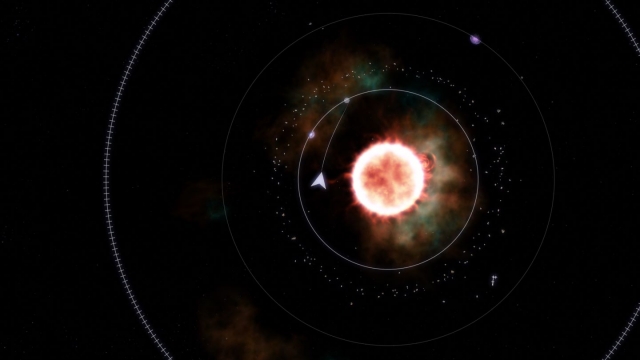 So, my ramblings aside, what is it about this game that I dislike so much? Well, honestly, it’s the exploration style. Listen, any game where you’re exploring a planet for resources only to get trapped under a rock for 10 minutes is a bad game. Now, I know there’s a time element to ADIOS Amigo where you can fast forward and such, but it doesn’t provide a genuine experience. When I play a game about surviving the cold loneliness of space, the biggest immersion breaker is going to be a ‘cop-out’ time button.

Then there’s the music. Nothing quite like that repeating soundtrack to really help you get in the mood of trekking through the vast unknown. Now, I understand that it’s a lower-budget indie title, but it’s important to have variety. A possible custom soundtrack feature would have been a nice touch, allowing players to make their own playlists as they journey across the stars. 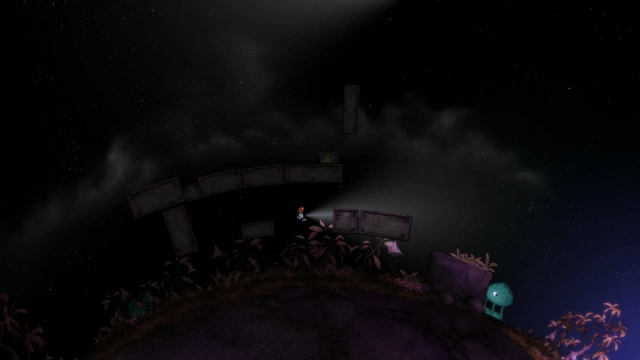 As well, and this a lesser complaint, but the lack of any and all customisation at the start of the game is really upsetting. I get it though, play more to unlock more, it’s a system as old as time. I guess what peeves me about it is that I wouldn’t mind making a more distinct avatar right from the get go, instead of having to go through who knows how many hours of gameplay. C’est la vie, I suppose.

The last thing I want to bring up in regards to ADIOS Amigo (continuing on this path of disappointment) is that it just has a very barebones feel to it. I should have mentioned this earlier on, but this is a title that tries too hard to do to little. There are a lot of planets sure, but they all have a similar ‘rock and plains’ look to them. As well, space stations are pretty cool at first, but they quickly lose that feeling the more you play. So, unfortunately, for all the detail that was put into the atmosphere (which is the one brilliant thing about this title), it’s all wasted on bringing to life slight variations of planets and set pieces.

So with that being said, is ADIOS Amigo worth your time? No, not really. If you like atmospheric games then maybe, but I doubt that you’re just going to want to fly around in a game after spending 15 dollars on it. There’s a co-op option, so maybe there’s some humorous drunk playthroughs waiting there. Other than that, though, I’d what for something else to come along. Anywho, with that being said: adios amigo.

ADIOS Amigos: A Space Physics Odyssey (Reviewed on Xbox One)

Is ADIOS Amigo worth your time? No, not really. If you like atmospheric games then maybe, but I doubt that you’re just going to want to fly around in a game after spending 15 dollars on it. There’s a co-op option, so maybe there’s some humorous drunk playthroughs waiting there.