Ary and the Secret of Seasons Review

In my preview of eXiin's Ary and the Secret of Seasons I praised the game, calling it a title "plucked from some forgotten chapter of the PlayStation 2’s back catalogue". Especially in this modern gaming landscape, where developers seem hell-bent on crafting bigger, more ambitious titles spanning multiple genres and dozens of hours, it really was refreshing to dive into a game that wasn't afraid to embrace the relative simplicity of a 3D action-platformer. That's how I felt back in August and now, having played the finished product, my stance on that front remains unchanged. In its final form, Secret of Seasons is still a colourful, personality-filled adventure through a charming and often funny fantasy world. That praise, however, comes with a mammoth-sized caveat. That's because there's more to a videogame than presentation and personality; believe it or not, a game has to deliver in the gameplay department too. Unfortunately, Secret of Seasons' gameplay is unpolished, buggy and—at times—almost broken, which is a genuine shame considering how likeable the experience is when it forgets about fighting, exploring and puzzle solving. 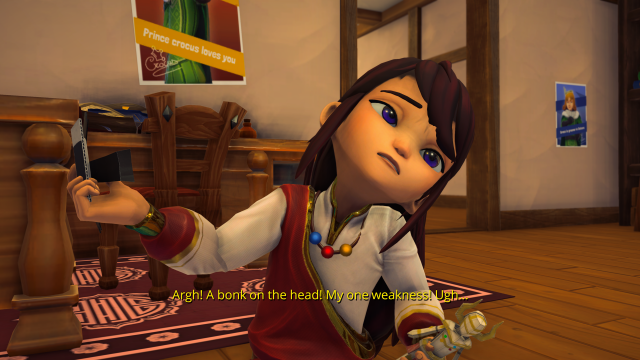 When we first meet the young Ary, she’s sat in her room playing make-believe with an odd collection of toys, dolls and makeshift figurines. Little does she (or anyone else) know that her inexperienced hands will soon be fighting a range of anthropomorphic foes, wielding the magical power of the seasons and saving the land of Valdi from a chaotic, season-shifting force. On her quest she’ll encounter all manner of eccentric characters, from humble common-folk to outlandish drunken mages, and fulfill her heroic potential as the youngest ever Winter Guardian.

Secret of Seasons starts off mirroring a typical “hero’s journey” tale (anyone familiar with The Legend of Zelda formula will feel right at home), but it does go down some interesting and unexpected routes as it progresses. Where it really stands out, however, is in the story’s presentation. The characters, their interactions and their jokes give the game a seriously endearing kind of charm. I said it in the preview and I’ll say it again: the writing and voice acting here evoke the work of animation studios like Pixar in the best possible way (even if they don’t quite reach the same quality). The more I think about it, the more it feels as if Secret of Seasons would have actually fared better as an animated feature. Why? Well, the gameplay feels dull, unpolished and clunky—and that’s when it chooses to work in the first place. 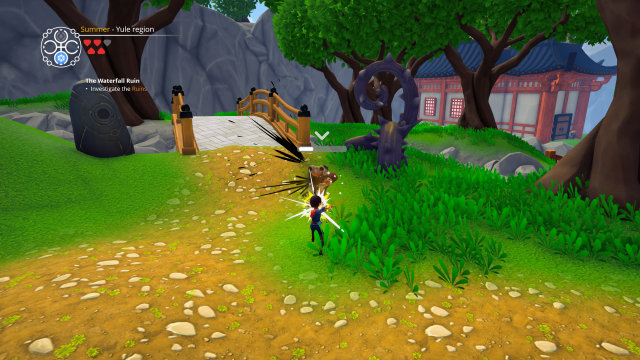 If all went to plan, Secret of Seasons would have been a modest action-adventure title that evoked the spirit of Zelda with puzzle-filled dungeons to explore and an overworld packed with common-folk to help (read: sidequests) and enemies to fight. Its 3D platforming segments would have served as loving callbacks to a simpler era of 3D gaming, with the magic system adding another layer of complexity to the various platforming gauntlets. Finally, its tone, characters and writing would have set the game apart from its contemporaries, making it an experience unlike anything else on the market. At the very least, I can confirm some amount of success on that latter point; the other features, though? Well, to put it lightly, Secret of Seasons falls a bit short.

Mixing Breath of the Wild style melee combat with tricky 3D platforming and magical power-based puzzles sounds like a recipe for success, but Secret of Seasons proves that even the best recipes can be burnt. Jumping is unresponsive, with an irritating delay giving the impression that the controller is struggling to pay attention to player inputs. Whether the controller’s bored, drunk or just tired, I can’t tell; all I know is that I want Ary to jump when I press the “A” button down, not when I release it. Combat suffers from similar levels of unresponsiveness, with hitboxes being loosely defined—to say the least—leading to damage and deaths that feel wholly unwarranted. This hitbox issue extends to the platforming segments too, with spikes (or equivalent) apparently piercing Ary despite appearing nowhere near her. 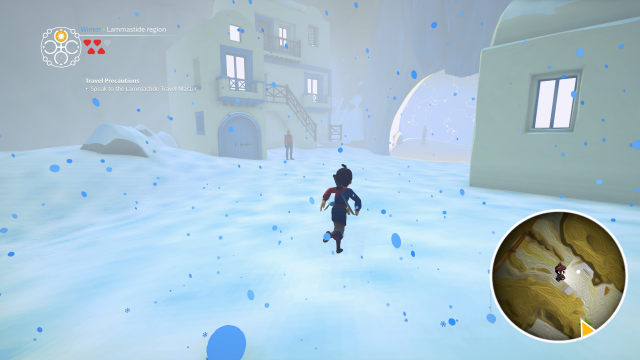 On top of that, the platforming segments themselves feel oddly… makeshift? Have you ever played a user-created platforming level for a videogame (perhaps an obscure example, but Infamous 2’s custom mission maker comes to mind) and noticed that the design doesn’t quite feel as ‘bespoke’ as something the developer created itself? Secret of Seasons elicits similar feelings in its platforming sections, albeit not as strong as with genuine user-created content.

It should be clear that even when the game is working as planned, it has issues. Unfortunately, sometimes it can’t even do that, which is when the bugs rear their ugly heads like the mysterious “bumps” and “clunks” of a suspiciously cheap second-hand car. I found that the sidequest system would sometimes ‘forget’ my progress upon death. This was a particular issue in one instance when I died immediately after collecting a number of (non-respawning) flowers for a lady’s sidequest (for the record, it was a dodgy platforming hitbox death). I respawned and saw that the quest had reverted to its original state. “No problem, I’ll just recollect the flowers and hand them to the lady”, I thought. Except, the flowers were nowhere to be seen; they’d vanished following my death and there was no way to complete the quest other than to reload a prior save… which I did. Secret of Seasons creaks with a number of other glitches too, including the game failing to pause during dialogue, leading to Ary taking damage while the player has no control; the in-game camera getting stuck following a conversation, letting Ary leave the screen while the camera stays fixed in place; and an annoying frequency of getting stuck in the scenery, which is admittedly always fixed by a quick teleport back into the playable area. If games could be held together by little more than duct tape and string, Secret of Seasons undoubtedly would be. 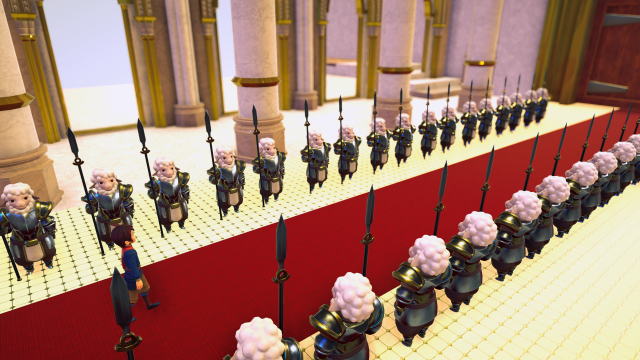 Overall, I’m struck with a feeling of disappointment when thinking about Ary and the Secret of Seasons. With most mediocre to poor titles, I’m left feeling bored or outright disdainful; Secret of Seasons has a real charm, though, and I really want to like it. It presents a fun world with likeable characters whose interactions are a joy. When it’s time to buckle down and get to the gameplay, however, all that charm flakes away like the delicious pastry on a rancid sausage roll. I absolutely cannot recommend Ary and the Secret of Seasons, and saying that feels like giving a failing grade to the nicest kid in class.

Ary and the Secret of Seasons (Reviewed on Xbox One X)

A vibrant world full of enjoyable characters and high-quality voice acting take the edge off a game that’s boring at the best of times and broken at the worst.

Ary and the Secret of Seasons gamescom Trailer

Ary and the Secret of Seasons Features Trailer

Ary and the Secret of Seasons