Guess what? The world ended, but we're still here! Looks like it's time to pick up the pieces. Sure this is a scenario we've seen many times, and every version is a little different in one way or another. Be prepared to not really know what happened at all as you wake up in this strange post-apocalyptic world, but you'll be damn sure that you'll find your answers in ATOM RPG. 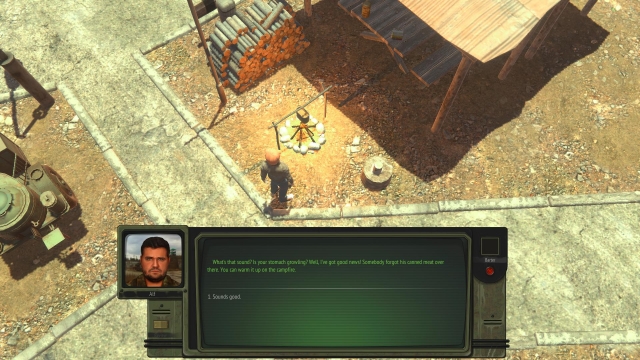 This dystopian indie RPG by AtomTeam starts with you waking up in a bunker. There are several characters to choose from before you start, all pre-built with their own special attributes. Among the characteristics and skills, ATOM RPG does allow you to adjust each character with a few skill points so that you can customize how you would like. There are characteristics such as strength, intelligence, dexterity, and luck, all fairly typical for any RPG these days. The skills include martial arts, speechcraft, first aid, and lock picking, sixteen different skills in total that can be adjusted to your liking along the way.

The tutorial is done in an interesting way, starting when you wake up in the bunker and proceeding out around the compound you are on. It seems you're not new here, but those on the base are willing to explain things to you anyway despite the information being stuff you apparently should already know. As you explore your surroundings, you find a few fighting courses that include how to use each type of gun included in the game as well as hand to hand combat and close quarters combat training. All in all, the tutorial is set up in a way that it seems you can skip right past it if you'd like, but seeing as it's not annoying, I'd recommend going ahead and giving it a try. 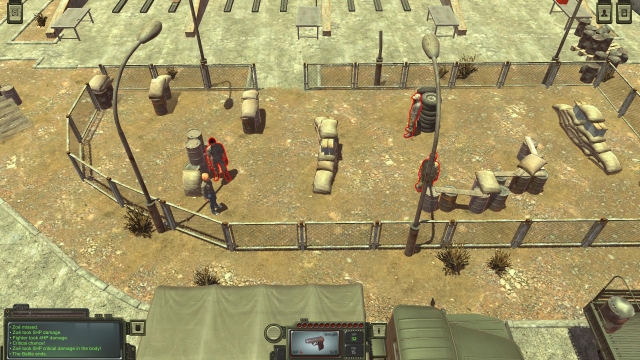 As you head out into the world, you may start to wonder if this is perhaps a lower poly version of what you'd hoped Fallout:76 would be. That was honestly my first thought when I started the game. The graphics are what's to be expected from an indie game, and the surroundings feel very much like a Fallout title. According to the game's Steam page, ATOM RPG was inspired by not just Fallout, but also Wasteland, Deus Ex, and even Baldur's Gate. It shows as a lot of the mechanics reminded me of one game or another in this list, but mostly it seems to scream Fallout, which is alright by me.

The combat is turn-based, the developers looking to create a balanced fighting system. This feature was specifically inspired by Fallout 1 and 2. You are in the Soviet Union and the year is 1986. As you wander around the wasteland, you will encounter those who have been working to find a way to survive on their own. Beware as you can find yourself in some Mad Max type of situations, and you may get robbed right off the bat on your first step out into the wilds. It seems some of these events may be scripted, as I don't know if there's a good way to get out of being robbed unless you decided to give a ton of points to the speechcraft skill right off the bat, which is a little frustrating. Sometimes games give you hope and then they take it away, and ATOM RPG is not a place where hope thrives, at least not at the beginning. 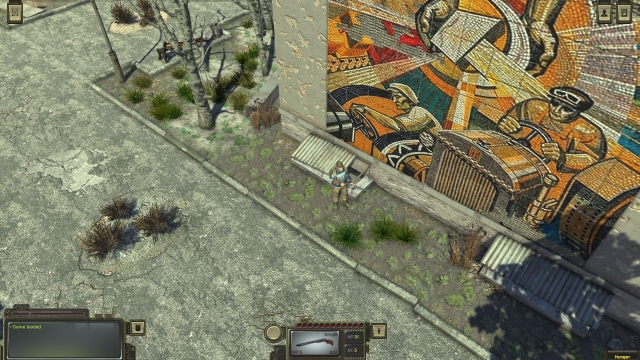 All in all, this is a well thought out game. It's fairly easy to move around and learn how to play, and the graphics are quite good. The atmosphere fits the game wonderfully, as it does make you feel like you're going to die out here unless you find a way to survive. This RPG is one I would suggest to try, especially if you're still feeling burned by Fallout:76. Maybe you can pretend ATOM RPG is the game you'd wanted from Bethesda in the first place! For the first outing by AtomTeam, it's pretty good. The game states that there are hours of gameplay and it follows a nonlinear path, which means it's a game I'll probably come back to. It's nice to have a game in your pocket that you can return to without really needing to remember where you were. This dystopian RPG is definitely worth a look.

For an indie-RPG, this game runs well and has a good story attached. There are several characters to choose from and many attributes to learn and adjust as you go. If you were disappointed by Fallout:76, give this one a try as it feels a lot like one would expect a Fallout game to feel, without the disappointment!