World War ll games are nothing new. The time period has been visited over and over again leaving the setting somewhat stale. However, a game will pop up now and then that is somewhat unique. Attentat 1942 brings a fresh take on the setting, chock full of historical information and peppered with engaging snapshots of life inside of German-occupied Czechoslovakia.

Attentat 1942 tells the story of the assassination of Reinhard Heydrich, the Nazi who was tasked to control and lead the Protectorate of Bohemia and Moravia. After his assassination by Czech resistance fighters, the Nazis immediately retaliated by destroying two villages, murdering thousands and rounding up innocent people to be sent off to concentration camps, such as Auschwitz. 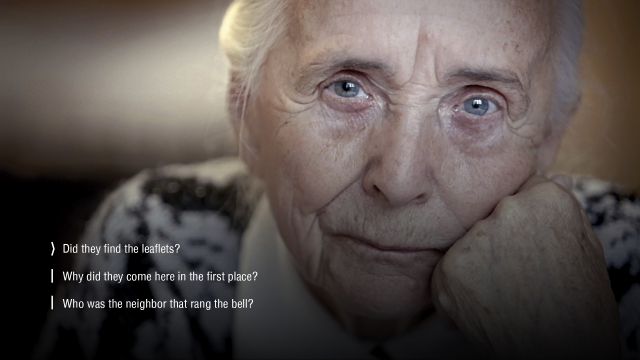 The game opens with you being sent to your grandmother’s house to help her pack. Your grandfather is sick and currently in hospital. By speaking with your grandmother, you find out that your grandfather was arrested by the Gestapo during the Nazi reprisals after the assassination. Being the curious grandson or granddaughter that you are, and being this the first time you have heard of your Grandfather's arrest, you naturally want to know more of his imprisonment. This leads to you having to track down various people from your grandfather's past to piece together parts of the story.

In terms of gameplay, Attentat 1942 is a full-motion adventure game with a number of small mini games that will have you using previously garnered information to help you complete these tasks. The mini-games consist of hiding documents from the Gestapo and tidying up the apartment after the Gestapo have ransacked it. Not exactly the most compelling use of mini-games, but they are vital to furthering the plot and at times, do add a small bit of suspense to liven things up. 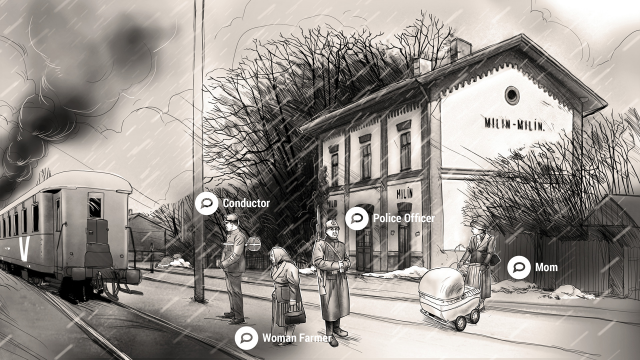 The bulk of the story however, is told through interviews you have with members of your grandfather's past who lived through the atrocities of the time. Conversations can take you down one tree, meaning you can miss a lot of vital information, if you pick the wrong conversation tree to go down. However, you can re-interview people, providing that you did well in the mini-game sections of the game and earned enough coins. Coins are given for completing a mini game 100%; you can then spend those coins to re-interview someone who you either upset, or just took the wrong avenue of questioning. A device that adds in a little bit more replayability.

Throughout the game, the actors in the full-motion videos speak entirely in Czech and are also subtitled.I personally never really liked films with subtitles as I would always find myself reading the words instead of paying attention to what was happening on screen. However, the use of the native tongue adds a certain authenticity to the stories, furthering immersion. The actors themselves are also extremely convincing, and really do a superb job in re-telling some of the harrowing stories that happened during the era. 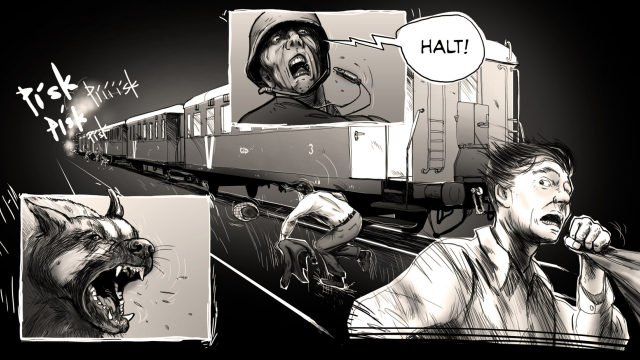 If you’re really into your history, Attentat 1942 has a fantastic encyclopedia. As you progress throughout the game and find out about significant historical events, a pop up appears, indicating that an entry has been made into the encyclopedia. There you can find out more about the history of the Nazi occupation of the Protectorate and life in general under Nazi rule. It really is a superb little feature if you really want to dive into the history side of things.

Overall, Attentat 1942 is a good game. More so if you have a love of history. If however, you’re not into that sort of thing, Attentat 1942 might not hold your attention for long. You really play this game for the history lesson, not the gameplay. It feels like something that you might play in school, like one of those educational video games, but this is really so much more. Although the game is short, a lot of time and effort has gone into researching the period by the developers, making sure that the story and the plight of the Czechoslovakian people is put across. If only history lessons at school were this engaging.

Attentat 1942 is a full-motion video game that hits you hard with a harrowing story and dozens of facts from the era. Although, the mini games are slightly lacking, they do create some tension for an overall exciting and interesting experience. A must play if you have an interest in history, and want to learn more about the German occupation of Czechoslovakia.