Avenging Spirit or also known as Phantasm is a platform arcade game that was released on the Nintendo Game Boy. The Game Boy may not seem like the best console to replicate the arcade experience, but years later it is now being released on the Xbox One, PlayStation 4, and the Nintendo Switch. You are on a romantic late night walk with your girlfriend when you are attacked by enemy agents who murder you, and take her. Taking on the form of a spirit — who is incredibly adorable — you are summoned by your girlfriend's dad to track down the members of this evil secret society and rescue her. These fiends are holding her ransom so they can get information about his secret ghost energy research, and so you are able to rest in peace. The spirit form is quite powerful despite his cute look but he has limited energy, so you will need to take over the body of other characters you come across. From the beginning, you are able to possess any of the four people you encounter: a ninja, a baseball player, a kickboxing girl, and a mage wearing a cat sweater with ears who can perform magic using a staff. 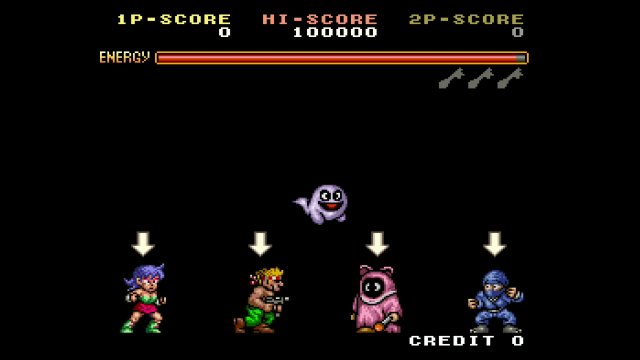 Each of the four forms you can possess has their own special ability: the ninja can jump high and throw shuriken (ninja stars), the mage can throw beams, the baseball player is armed with a baseball bat and can jump quite high, and the super-fast female kickboxer can beat anyone up. My favourite type to possess from the beginning was the ninja, not only because ninjas are cool but they are quite agile to control. The spirit form and each of the host bodies have their own health bar, when the possessed form runs out of health, your spirit leaves the body and is in search of a new form to take over. You only have a few seconds to find something or else the spirit is destroyed and you will need to continue to play again. 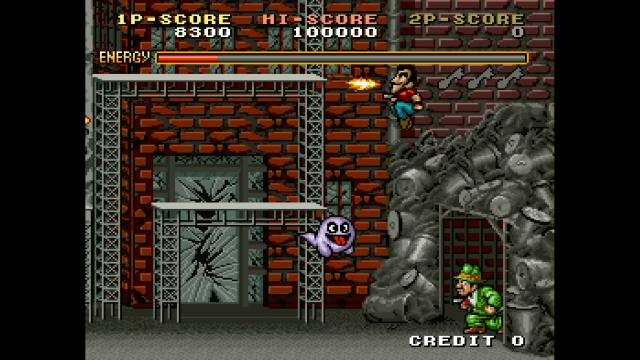 At the end of the stage there is a boss battle, once you defeat the robotic garbage snake you find a map that shows where your girlfriend is being held. To get into the room you need three keys that you will find while you explore the levels. The keys aren’t required to complete the game but they will affect what ending you will get. Three keys will be needed for the best happy ending so keep a lookout for those or you will have a lost and sad little spirit at the end! 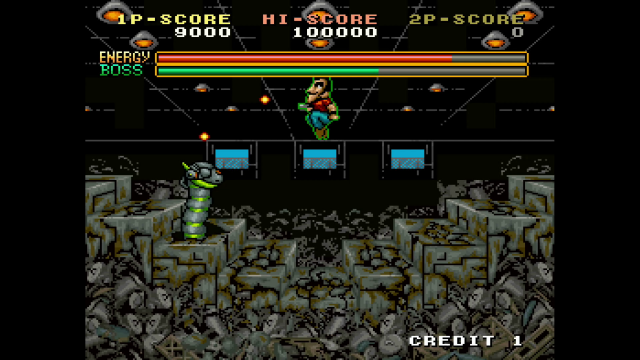 The bonus of playing Avenging Spirit on a home console instead of in an arcade is you won’t spend all your coins trying to continue the game. The visuals are bright and colourful with fun characters that you can possess. Word of warning though, the dragon character looks cool and can breathe fire but he sucks at jumping! The good thing is that each form is only around until it runs out of health then you can switch to another character. The music is super catchy; it gets a bit repetitive but that’s not a big deal. After a while you don’t even notice because you are so busy looking for keys and new characters to possess. 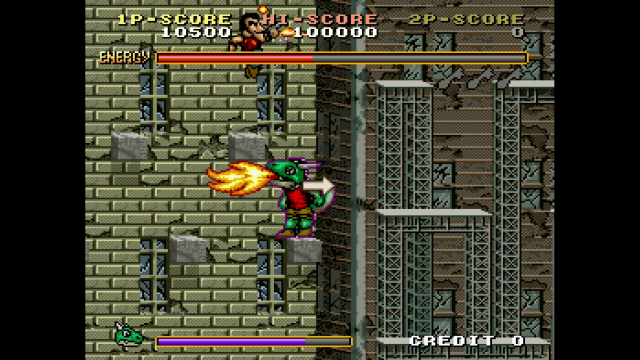 This remake will let you continue as many times as you want, you just have to make sure you hit the button before the timer runs out. Because of this addition, it won’t take you very long to beat the whole game. There are multiple difficulties if you want more of a challenge. Though I do want to go back and play again and see if I can improve my score and get one of the alternate endings. Avenging Spirit is a fun platformer arcade title that is enjoyable to play and unique in that you can play as many different characters through one playthrough! Avenging Spirit (Reviewed on Xbox One)

Avenging Spirit is a fun arcade game that has a unique mechanic that lets you possess a variety of characters and won’t eat all of your coins in the process! It’s incredibly short but was an enjoyable experience.