Banner of the Maid Review

Now and again you find out about a videogame's premise and cannot help but become immediately interested in it. This was the case with Banner of the Maid from developer Azur Flame Studio, which promised a rather unique experience of turn-based strategy gameplay in an alternate history retelling of the French Revolution. Not being the most educated on the actual historical events of that time prior and, frankly, a sucker for cute anime girls, I jumped at the opportunity to play this title on Nintendo Switch.

Banner of the Maid tells a story that takes place during the 1790s French Revolution, albeit an alternative, fantasy version in which players will step into the shoes of Pauline Bonaparte, the real-life sister of Napoleon Bonaparte. In this story, however, Pauline is a member of the army and aims to lead her troops to victory in this war-torn country. At the same time, she is known as a Maid, a fabled woman who has mysterious powers that are capable of turning the tide of battle. This unique mix of real-life events and fantasy elements results in a narrative that is sure to surprise even the most historically astute player, with the majority of which is told through visual novel style gameplay. 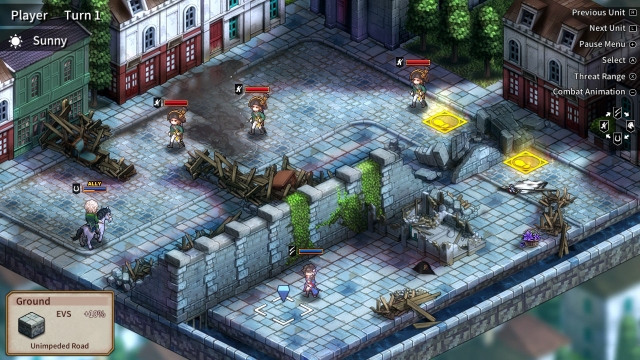 The gameplay loop for Banner of the Maid is a fairly standard turn-based strategy affair that is easy to pick up and enjoy, while still offering options for those looking to master a wider challenge. Combat is best explained as a case of rock-paper-scissors in which every unit type has an advantage and disadvantage against one other unit type respectively. This means that while your equipment, stats, and other attributes will play a factor in a fight, who you are up against will have the biggest impact. Hero units of course have a stats advantage from the get go, but don’t expect them to be able to walk through every fight they encounter without taking damage.

Players will also need to learn how to read the battlefield too, as each space offers a range of tactical options which can be unitised in exciting ways. Spaces can give units a range of benefits including additional defense, while others will cause them to suffer a negative debuff that puts them more in harm's way. Positioning your units to take advantage of these terrain benefits while also forcing your enemy into those negative ones, can really help turn a challenging fight in your favour. All this along with the special abilities you will be able to perform throughout battles end up forming a fairly solid gameplay experience, albeit one that does feel a bit repetitive at times.

Visually speaking, Banner of the Maid is an absolute treat on the eyes both in and out of combat. During combat you are treated to some simply stunning artwork and animations that really help to bring the action to life. Then in the more visual novel style sections of the game, full-body artwork of characters will fill your screen with impressive detail both in handheld and docked mode. To help finish off the presentation the title also features a rather solid soundtrack that fits the tone of the narrative helping to really sell home the emotion that the story is aiming for. That said, as impressive as the presentation is, the localisation does let down Banner of the Maid a fair bit. 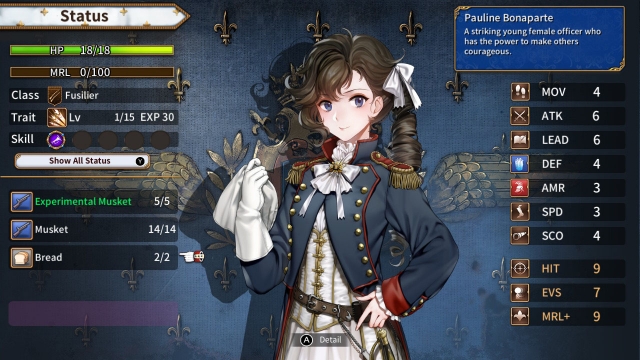 While the English localisation is not completely unusable, there are plenty of noticeable errors that can ruin the moment for those really getting invested in the story. Players will still understand what is going on and what menu option does what, but some sentences will be completely wrong and break the pacing of a given scene far too often. This becomes more of a problem when you take into account that the title already has a pacing issue with the story it is trying to tell. As engaging and interesting as the narrative is, the first few hours of the game really drag on and will likely be quite off putting to some players. Additionally, this slow pace bleeds into the gameplay with unit upgrading taking what feels like an unnecessarily long amount of time, which can cause any sense of natural progression to fade away, with what is left becoming quite tedious.

Still, when all is said and done, Banner of the Maid should be commended for trying to tell a fairly original and engaging narrative all within some fairly enjoyable gameplay. There might be problems to be found in the pacing and localisation, but those who find themselves able to overlook said problems will find a rewarding experience with plenty of room to challenge themselves with as well. If nothing else, the French Revolution setting and presentation are reasons enough to at least give Banner of the Maid a chance.

Banner of the Maid (Reviewed on Nintendo Switch)

Banner of the Maid is rough around the edges but past the pacing and localisation issues, players will find an engaging and unique narrative, along with easy to pick up gameplay that offers plenty of room to tailor the challenge.

Banner of the Maid Gameplay Trailer

Banner of the Maid