It’s that time already – DICE has now released its final DLC pack for Battlefield 1, as it looks forward to this years’ Battlefield instalment. With Apocalypse, we have three new maps, a new Air Assault game mode, with a splattering of new weapons and gadgets. It doesn’t feel like almost 18 months since it released…

Passchendaele, River Somme, and Caporetto are the new maps that have made their introduction. They are all relatively open compared to previous maps, so you’ll have to be cautious of sniper fire when travelling in-between objectives, particularly in Conquest.

The first of these three new maps, Passchendaele, is based in Belgium. The entire landscape is completely devastated, and it is possibly the best looking map of its kind in the franchise. Flames lap up the forest on one side, as heavy green smog chokes the other to create a dim reminder of the destruction caused in the Great War.

It’s not a large map, but certainly bigger than Tsaritsyn. Objectives are split between the two sides, with a “no man’s land” of sorts through the middle. There is cover dotted around in the form of collapsed buildings, but these are definitely not sufficient for an extended bout of camping. River Somme, as the name would suggest, is based in France, and harks back to the “first day on the Somme”. There were 57,470 British casualties, of those 19,420 unfortunately perished. The large open fields are beautiful, cut apart by a maze of trenches leading to each objective. This creates a lot of close quarters combat as you navigate through these dugouts, making them prime spots for claymore explosives. To the back are a number of ruined buildings, which provides a nice contrast to the rest of the environment.

This French map is another to use Conquest Assault rather than standard Conquest. For the uninitiated, Conquest Assault sees all points captured by one side, the defending team, meaning the attackers must start back from their spawn point needing to capture all six, in this case. The defenders get a healthy head start though, with 300 points provided. If the attackers are comprised entirely of lone gunners, it can make it difficult to fight back the German lines, as they will often sit just outside Objective Apples closest to the British spawn point. Working in squads though, you can use the flanks to take objectives Butter and Charlie to get in behind. 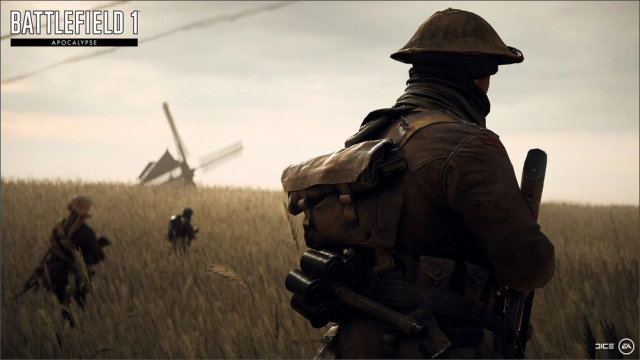 Finally, Caporetto takes us to the trenches of the Isonzo River, in a fight against the Italian army and the Austro-Hungarians. In Conquest Assault, it sees all points captured by the latter of these, with the Italian forces needing to skirmish down the mountains to secure the points. This terrain is ripe for sniper fire, so you’ll need to make effective use of the rocky areas to shield against their fire.

However, the unfortunate part of Caporetto is that due to this downhill battle, it can be very difficult for the Italian side to capture the first objective, rendering them unable to progress any further down. I’ve had this happen on three separate matches, which makes this one of the most unbalanced maps I have played on BF1. It would be helped if this area around Objective Apples was wider, to prevent the bottlenecking. 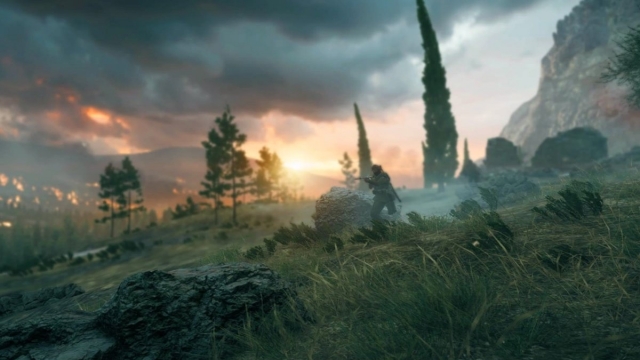 The same problem can be had with River Somme too, but after Objective Apples has been captured the map is much wider, so it’s easier to push forward.

My personal favourite out of these is probably Passchendaele, as everything is close enough that you’re not running around chasing objectives too often, but not so close that it’s almost a free for all. Saying that, the location of the objectives are in a circle around the map. It means that often a large rabble will go methodically around each objective, securing each one before moving to the next, making a predictable match. Doing this is definitely the easiest way to win the match though, so long as your team are actually working together.

Aside from these, there’s also a new game mode: Air Assault. It comes with two maps, Razor’s Edge and London’s Calling. Razor’s Edge is simply deathmatch in the air, whereas London’s Calling adds a little more variety, with large airships joining in that must be destroyed, as well as other enemy planes. It’s definitely not my favourite mode, although I may be biased in that because I’m not good at flying anything in BF1. 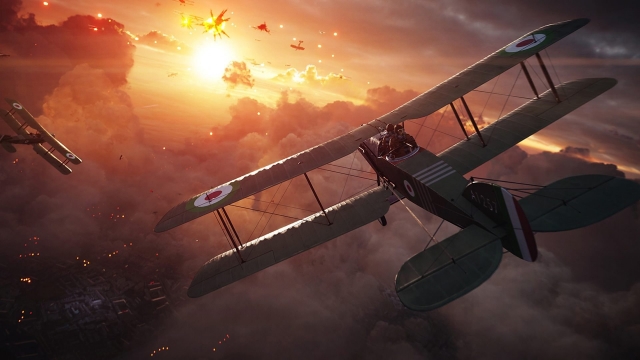 New weapons and gadgets finish off the new content in Apocalypse, but there’s nothing to really write home about. Brandishing a meat cleaver or crowbar is pretty much the same as all the other close quarters’ armaments. Caporetto has a few large mortar firing units, located on Objective Edward, and horses can now be equipped with gas masks. No new operation though, which has disappointed some.

And that’s our lot for Battlefield 1. This is another solid expansion pack, even if on occasion one map in particular is unbalanced. For the most part though, these new maps are excellent, and showcase the best of what BF1 has to offer.

A fitting final DLC pack for Battlefield 1, with three great new maps and more unlockables to keep you busy. Air Assault may not be my cup of tea, but for those who are more adept than me in the air, it will provide a nice quick alternative to battling on land.