Since its inception Battlefield has divided the FPS crowd right down the middle. Some enjoy the arcadey nature of titles such as Quake and the Unreal games that have left such a telling legacy behind, while others are more into tactical game-play that came from Rainbow Six or Operation Flashpoint. Battlefield has sat somewhere in the middle of these polar opposite game-play styles, giving the player the option to run and gun or play tactically, with the implementation of differing game modes with every major title update. The one issue that has plagued Battlefield titles is accessibility. With Battlefield 4, developer DICE challenges this head on by making some large changes to how the game plays, managing to pull off something very different from its previous title.

The biggest change is map design. Locales feel much more dynamic and alive when moving through them, buildings and scenery are laid out like you would logically expect, giving the player a feeling of coherence on every map leaving no effort on you to suspend your disbelief. This concept may seem small on paper but given that the average round can be close to half an hour, a lot of times even longer, the ability to think logically when running through an area, and not having to rely on memorising a map, causes what can sometimes be a grind on older Battlefield maps, and FPSs in general, to become a less aggravating reality.

The sense of scale realised in these maps is also something to behold, even on the 360 version I was playing, the action never seemed to be too far away. The ability for your immediate vicinity to always become the most important thing even with events happening on the other side of the map, is something that has never been done better. ‘Levolution’ was the marketing buzz word used to describe the huge scripted events that happen in every map, and for all its pomp and modesty, what this actually seems to have spawned is a much larger use of destruction over every map making the player experience that much more enthralling. 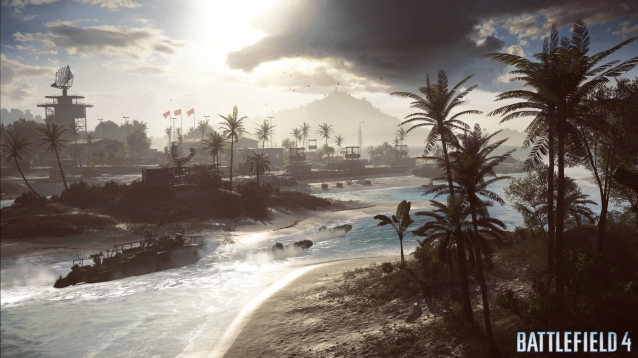 Another thing you’ll notice straight out the gate are the handling changes. The guns still feel like firearms when fired, recoiling realistically and making your job not just one of fixating on enemy positions in relation to yourself, the rest of your team and the objectives, but making sure your recoil control is of a high enough level to put enough damage down range, dropping your enemy. Now, for many this won’t be to easy to get to grips with after playing more popular shooters such as Halo and Call of Duty, but DICE understands this and has changed the recoil patterns of some of its weapons to be more friendly to newcomers.

The SAR 21 is a gun that has very little recoil to speak of and makes for an easier time to anyone unfamiliar with the more hardcore mechanic of recoil management. You still have to unlock this weapon, but with the AK12 being a starting gun most people unfamiliar to the series will use, it should bring even the uninitiated to understand the beauty of this mechanic. On the subject of guns, DICE has changed up the different gun classes giving the ability for all classes to have a sense of viability after the near uselessness of Recon in the previous title. And this is the class that has seen the most improvements. With the suppression mechanic, which was at one time so broken in BF3 that it made the game near unplayable, toned down to nearly a non existent worry, bringing back motion balls present in Bad Company 2 and giving the recon the ability to use C4 again, the class has a fresh feel to it. Now it’s a lot more fun and viable to run around with a bolt action rifle knowing your shot will go where you place it and not be at the mercy of random bullet variation the almost absent suppression effect would have given you. Essential to a class based around precision. 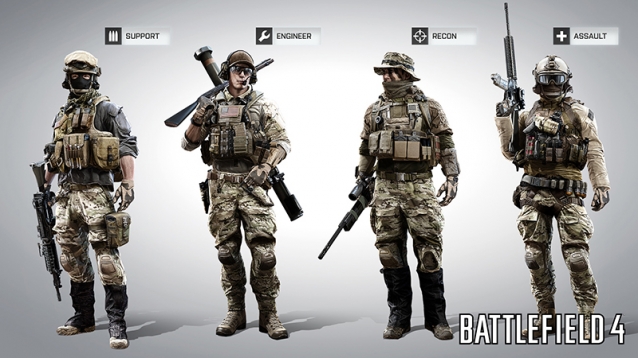 Other classes have seen changes to define their roles. Engineer has seen the ability to use carbines removed, now a universal gun class, in place of PDW’s (Personal Defence Weapons), giving the sense that the class is meant for close combat fighting around friendly vehicles and taking out enemy transport by getting up close and personal. Support can now equip the remote mortar giving the ability to set up a mortar and use it but still be in the action supporting their team and replenishing their ammo.

Finally, Assault has not changed much, you still use Assault Rifles and heal teammates with your Medkit and Defibrillators. What has changed is that the Medbag, that you got so early on in BF3, is now a later unlock shifting the focus away from being a one man healing machine and all-round Rambo, to a class more focused on needing support to accomplish anything.

New game types also promote team play and supporting your allies in any way possible. With the introduction of Obliteration, a mode which sees you carrying a neutral bomb to one of three designated targets on the opposing half of the map, I've had some of the most chaotic moments ever in a multiplayer shooter. With everyone trying to help the bomb carrier or take the bomb carrier down, the size of the normal Battlefield experience is scaled-down to a small area of the map. It’s pure chaos and a great addition alongside two of the best game types available, Rush and Conquest. 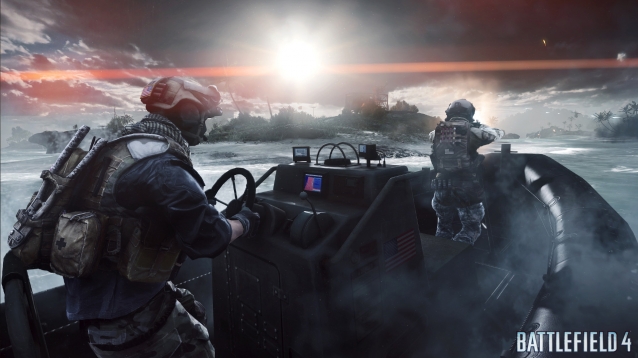 Rush makes its return, again with static ‘M-Coms’ that must be blown up by the attacking team to give them access to a new spawn point and further points to destroy, alongside Conquest which triumphantly sits as the centerpiece of this particular game. Capture the points on the map to drain the enemy’s tickets while they attempt do the same, which can lead to some nail-biting finishes. Domination is a smaller scale version of Conquest designed specifically for the Call of Duty crowd, with smaller teams and quicker flag capture times, this is set up to be fast, furious fun.

Commander mode is a returning feature from Battlefield 2 and has seen a complete overhaul. Points are earned by helping your team attain capture points you assign them to by dropping tomahawk missiles for kills, calling in UAVs, EMPs and communicating with squad leaders to get the job done. It’s very satisfying to get points knowing you've done it without actually being on the ground with the rest of your team.

There is a single-player game included in the retail price but it seems that if you’re buying this for the single-player experience, you should be looking elsewhere. With nothing new at all to bring the to the table the campaign manages to feel far from essential. With a storyline about a rogue Chinese general and Russia somehow being involved, it’s a plot reminiscent of a bad 80s action movie. Michael K Williams pulls off a great performance as ‘Irish’ but it’s too little to save what is just a glorified shooting gallery. Enemy AI manage to stand still and get shot far too often, unaware to the level of danger they’re in regardless of how many bullets fly past their head. Simply put, you should be buying this game for its multiplayer and not its single-player. The only reason to play it is to obtain the multiplayer weapons you can only unlock by finishing certain levels. 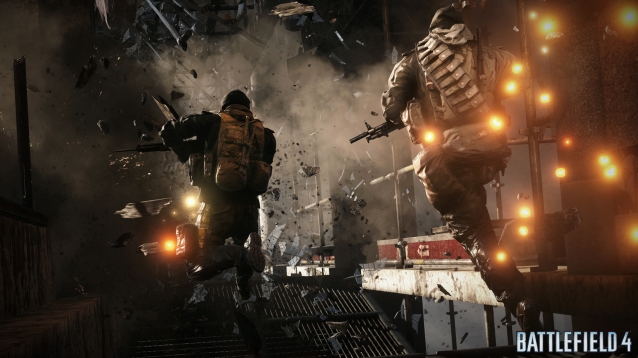 The one downside to the whole package is that if you intend on buying this on the current gen for the long run, you may be frustrated and disappointed. Frame rate drop is frequent, sometimes feeling like it may even be dropping to single figures, screen tearing is prevalent, as is pop-in and pretty much every other graphical and performance issue you can imagine. The notion that this game was designed to be played on much more powerful machines is so very evident from extended play periods, that it may very well be worth the price of a new machine just to have the best play experience.

Like the launch of any EA/DICE game there are server and online issues within the game itself that plague the experience, consistently causing yet more frustration and anger. An issue with hit detection and the netcode can sometimes be so infuriating it baffles the mind. Putting bullets into someone, seeing the blood come out of the player, yet having no confirmation and then being shot dead in a hail of their gunfire can cause hair pulling on magnitudes that are unexplainable.

DICE have already patched the game on the server side several times and are promising more patches to fix crashing and any other client side issues. As bad as these problems are, the dedication from the developer to get their game in a playable state is unprecedented, and the industry could learn a thing or two about listening to their community from DICE. 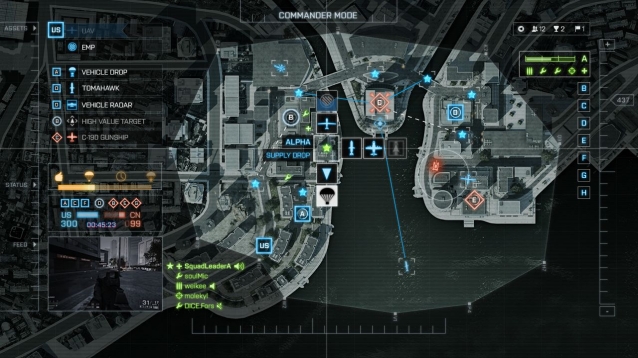 All is not lost though when it comes to servers as DICE’s proprietary social gaming website Battlelog has had an overhaul. With the ability to change your loadout on the service and be notified a few seconds later in-game, or change server via Battlelog’s much more robust server browser than the one in-game, it gives solutions to problems you never knew you had, and overall is highly impressive.

There are smaller additions such as a control scheme change on console in preparation for next gen consoles, ‘Battlepacks’ which are unlockable rewards for in-game play and the addition of a test range to help you hone your skills with a new weapon or specific vehicle - a nice touch. Also water vehicles and a spectator mode being added to the game along with a 5v5 mode to try and push the eSports angle are talking points, but not something that largely impacts the core game too much.

DICE has always tried to break into the sales of the Call of Duty series since it hit big seven years ago. With its large scale warfare simulator simultaneously at its most accessible and long-term-fan pleasing level for years, and with CoD: Ghosts looking a little tired, it may just be the year of Battlefield.

With its large scale warfare simulator simultaneously at its most accessible and long-term-fan pleasing level for years, and with CoD: Ghosts looking a little tired, it may just be the year of Battlefield.