Well then, this has to be one of the first games I actually have a strongly mixed opinion of. Beyond Enemy Lines is a tactical FPS featuring stealth elements and a variety of story-based missions, each with their own objectives and requirements for completion.

For a game produced by a single developer? It is a phenomenal work of art with a consumer friendly DLC mentality. Wherein, everyone will get the content for free but you can opt to donate a little bit of money to help him produce the content and keep the project rolling. Normally tactical games only really have one or two ways you can complete the mission; I myself have enjoyed torturing myself by trying to complete some of the missions without firing a single shot! 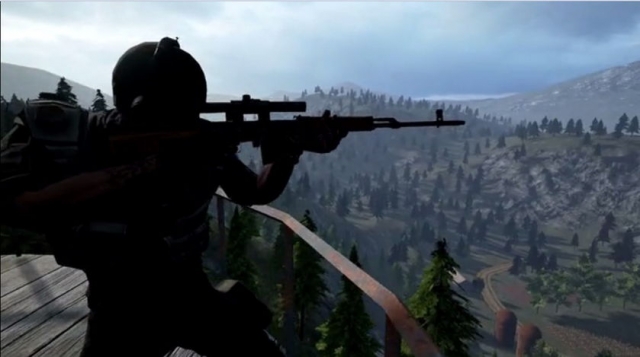 With snipers, CCTV and soldiers all on the lookout for intruders? It is incredibly hard to do so, I can tell you! Haven’t had any success yet but it is only a matter of time. Overall? I would like to say it is a very strong game which doesn’t exaggerate it’s features most of the time. I say most of the time as the game does regard itself a little too highly. On the store page it mentions “advanced fighting mechanics” and “Smart AI System”. Compared to some of the recent AAA titles, the content found within the game is somewhat lack-luster and simple. So I presume it is just advertisement.

So my mixed opinion mostly regards the current state of the game, where I feel that it would be far more suited to having the “Early Access” slapped in front of it to allow the developer to safely update and improve his game without people jumping on his back about the product being unfinished. It is in a stable condition, granted, but more than a few things could do with being changed and updated. No doubt should he decide to grow his team, graphics could be improved as well as a few of the mission scripts.

The price-tag is a bit hefty as well, I would strongly recommend the developer brings the price tag down from £14 to about £7 or £8. Whilst I am aware that it is a bit of a price drop, I could easily pick up a rather large and expansive DLC for another game at the same price as his full game. Which sounds counter-intuitive, granted, but small developers do need to start off small.

Beyond Enemy Lines (Reviewed on Windows)

A rather solid game, good gameplay which kept me on my toes and thinking at all times. Alright gunfights that were often over rather quickly and occasionally featured twitching AI whom I wasn’t sure if they were still alive or not and good use of a low-budget and his own skills. I predict great things for this developer as long as he doesn’t get greedy! Much better than their previous game! Well done Polygon Art!