Bounty Battle is a game I was looking forward to playing, it looks like an awesome indie game battle-royale. It features an impressive roster of 30 characters from various indie game titles including Guacamelee!, AwesomeNauts, Darkest Dungeon, Axiom Verge, and even Dead Cells. You may be thinking that this game is going to be just like Smash Bros., and you can get away with just mashing the buttons, but this game will actually penalise you for spamming an attack and constantly hitting the same button. You earn bounty points for the combos you make by using different attacks. If you pay attention to the top of the screen you will see which character has the highest bounty, if you beat this character you will get their bonus bounty points. Bounty points are like in game currency and can be exchanged for minions to fight alongside you. This sounds great until you take a character like Juan Aguacate from Guacamelee!, his minions are chickens. They just wander around aimlessly and peck at the ground, wondering what they did to deserve being stuck in this hellish limbo. 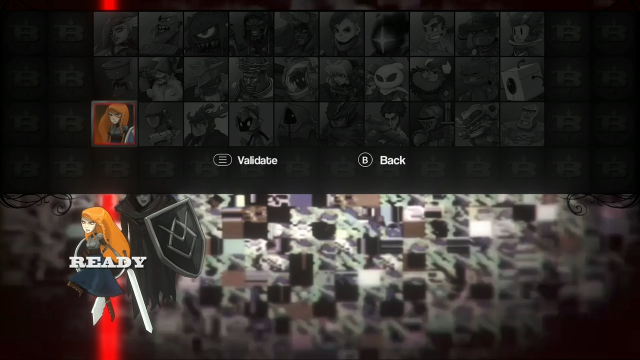 With tons of characters to choose from, you would think there would be a cool story describing how all of these characters came together to fight. Unfortunately, this game does not have a story mode. It doesn’t even have a story when you fight in a tournament or anytime you battle. I guess it is just a coincidence that all of these characters are in the same place at the same time. Speaking of tournaments, the tournament mode here has you trying to complete challenges to unlock new stuff for your character, not actually participating in a real tournament. When I tried it, I didn’t have a choice of what character I was going to be using, I was assigned one of the characters that was made for this game, not one from a different indie game. This is fine, but I really want to try out some of the other characters that they licensed for the game.

The first thing you will notice when you battle against another character is how crazy laggy the game is. I was playing on the Xbox One and it felt like I was playing on my old laptop that had a crappy video card. As soon as you get a few characters on screen the game really slows down. It feels so clunky, even when nothing is happening. The game informs you that when your character's health gets low they will start to glitch, though it seemed to glitch whenever it wanted, not just when the health was low. The AI is really dumb, I fought in some battles where they wouldn’t even move. Maybe they thought if they froze like a statue I wouldn’t be able to see them. Even when the hardest setting is turned on for the AI there isn’t much of a challenge. This is especially important since there is no online multiplayer mode to challenge you. If you are lucky, you have a few family members, or someone to play local multiplayer with. Though honestly with such slow, janky gameplay, do you really want to? The graphics don’t look overly nice, they feel like they were pulled from a game a few generations ago, and the hit detection is just plain frustrating. The music is okay, and the announcer definitely got on my nerves quickly. 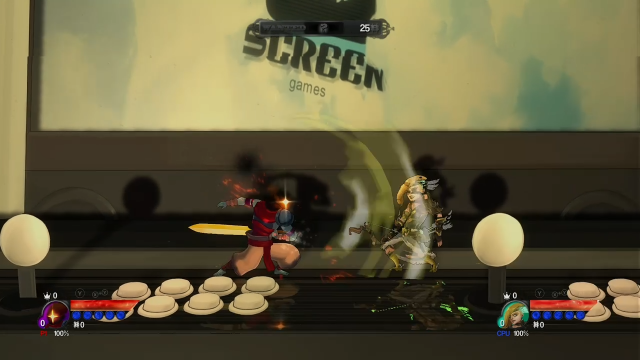 There are 16 different areas you can battle on, a few of them inspired by levels in the indie games the fighters were from, but they are all very simple and small. There isn’t much space to manoeuver before you fall off the edges and die. The odd level will have some platforms you can jump on, but the design feels very uninspired and empty. I know the game was made on a very small budget, but I’m thinking most of that money went to licencing all these different characters. It feels like the game production was really rushed and I think Bounty Bash could be a good game if more time was spent on it, there are some really neat ideas here, but it just doesn’t meet that potential. You are better off spending your money on any of the indie games that have characters here. 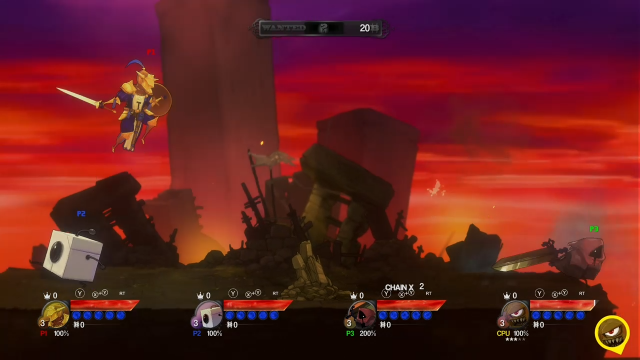 Bounty Battle (Reviewed on Xbox One)

An underwhelming game, full of lag, that is janky and has issues with hit detection. There is no online multiplayer, and it’s very boring to play against the dumb AI.